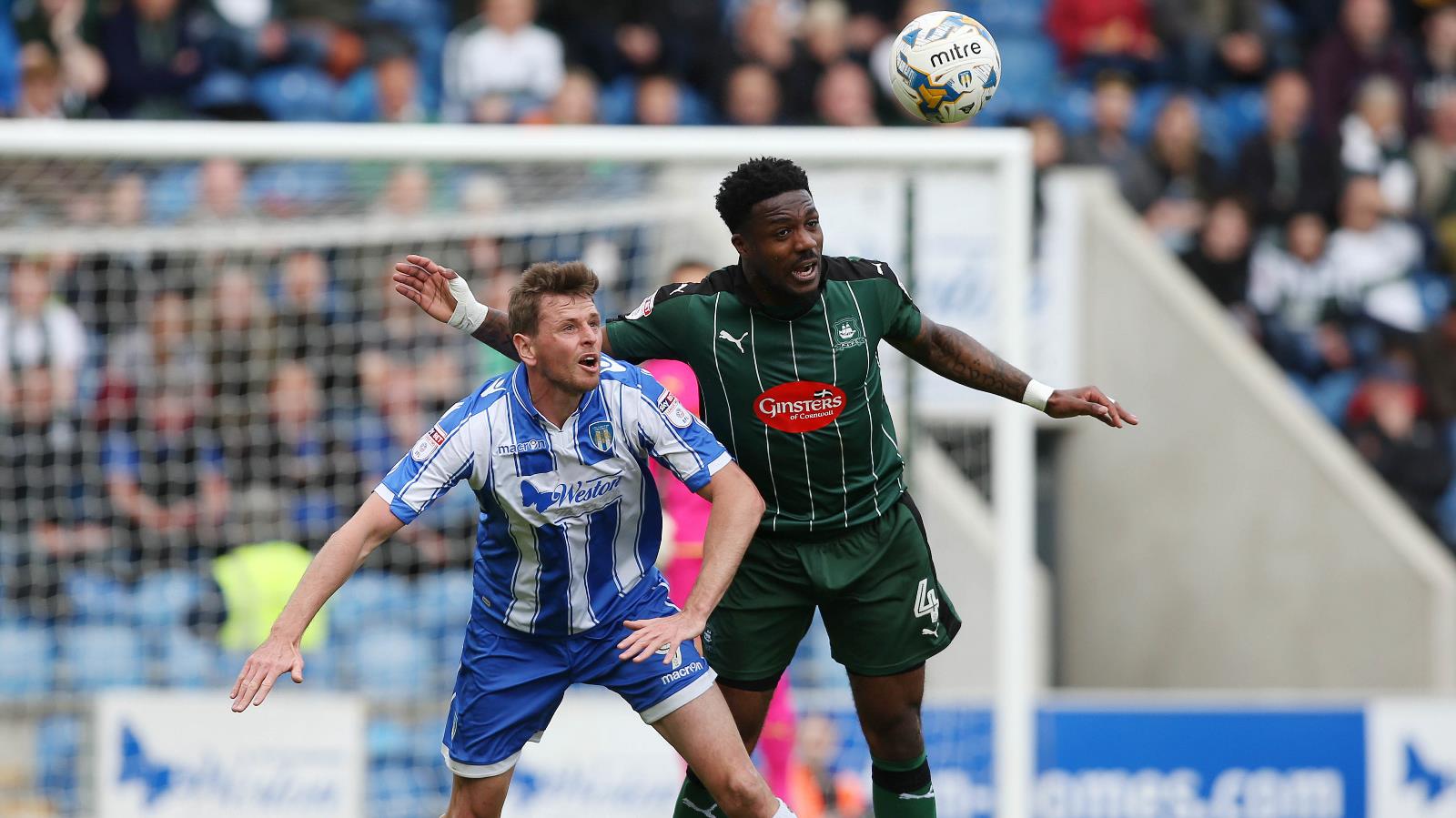 Colchester United 0
Argyle 0
By Rick Cowdery
ARGYLE’S first goal-less draw since midway through their previous campaign – Derek Adams does not really do draws, and 0-0s are not in his lexicon – makes the Pilgrims’ chances of adding the Sky Bet League Two title to their promotion a longer shot than it was.
However, when the side with the second-best home record in the division comes up against the team with the best away record, the scoreline is not really an eyebrow-raiser. A good game of few outstanding chances nevertheless produced a result that did neither side any real favours.
Adams had been obliged to make one change to the line-up that had won promotion in the grand manner with Easter Monday's 6-1 home victory over Newport County.
On-loan Cardiff City winger Matty Kennedy had been struck down with food poisoning since scoring two excellent goals against the Exiles, a fate that had also befallen his fellow Scot Gary Miller. Connor Smith came into the midfield, with Graham Carey providing the width that had gone along with Kennedy’s illness.
Having not previously missed a league match since February 2015 before the Newport match, centre-back Sonny Bradley was absent for the second game in succession after having suffered a dead leg at Portsmouth on Good Friday.
Argyle, maybe understandably and certainly forgivably, took a little while to find their legs, during which time a Chris Porter header provided the good ship Pilgrim with the mildest of shots across its bows.
They settled quickly, though, and soon showed a liking for the Weston Homes Community Stadium’s slick surface by moving the ball quickly with a confidence borne of achievement.
Porter, though, remained a live threat and obliged Luke McCormick to come smartly from his goal-line, following a break in play after Oscar Threlkeld had been flattened by George Elokbi, the former Wolves defender whose accidental collision with Argyle’s Krisztian Timar on the final day of the 2007-08 season had left the Pilgrims’ Hungarian centre-back requiring major surgery.
Argyle’s crisp passing and mercurial movement lacked only a measure of incisiveness in the opening quarter but persistence paid when Carey and Jake Jervis combined to send Antoni Sarcevic through. The angle was acute, though, and his shot went wide.
Elokobi was put on a final warning by referee Darren Handley when he clattered into the back of Jervis, before Porter spurned his best chance, fluffing a header five yards out after being teed up by Brennan Dickenson.
Argyle inched closer themselves and forced U’s goalkeeper Sam Walker into a genuine save as the game entered first-half injury-time, when Ryan Taylor met a right-wing corner for a powerful header that was stopped on the goal-line.
The two sides’ No. 7s swapped speculative long-range shots at the start of the second half, with Walker saving from Sarcevic before McCormick kept out the busy Drey Wright’s quick strike.
Colchester’s lively Tarique Fosu then sent a shot only just wide as Colchester sought desperately for the goal to keep their season alive; Argyle’s riposte came from the influential Sarcevic, whose perceptive pass was nipped off Jervis toe only at the very last.
Arnie Garita was introduced, just before the hour, to a game which showed signs of becoming more and more stretched. The back end of a season is no place for faint hearts.
Colchester went for it, as they had to; Argyle defended with obstinacy, as they love to, breaking away occasionally, as when Carey broke down the right and tried to clip the ball across Walker from a tight angle.
Jordan Slew joined the fray and was denied the opportunity of making a dramatic impact only by Elokobi’s late headed intervention as Carey’s cross arrived invitingly at the far post.
As the final whistle approached, Argyle ratcheted things up and Carey and Gary Sawyer combined down the left, as they had done so memorably at Portsmouth. This time, the cross was less effective and there was no Jervis arriving with perfect timing at the back stick.
The game became more and more like a basketball game, with the teams attacking alternately: Carey smashed a 20-yard drive just wide; Porter’s shot on the spin met with the same fate.
Then, a brief period of dominance from the Pilgrims which ended when Garita’s downward header bounced up into the hands of Walker as Colchester relieved the mini-siege.
A late free-kick by Richard Brindley saw Porter’s miserable afternoon continue as he again got on the end of the supply but was unable to direct the ball on target.
Argyle’s fabled fitness saw them finish strongly and Slew nearly found the goal that would have made so much difference to their campaign when he powered a shot into the side netting.
Colchester United (3-4-2-1): 1 Sam Walker; 18 Tom Eastman, 35 Cameron James, 15 George Elokobi; 2 Richard Brindley, 4 Tom Lapslie (8 Doug Loft 80), 23 Sean Murray, 11 Brennan Dickenson; 7 Drey Wright, 31 Tarique Fosu (27 Rekeil Pyke 75); 9 Chris Porter. Substitutes (not used): 3 Matthew Briggs, 14 Alex Wynter, 19 Macauley Bonne, 29 Dean Brill (gk), 32 Tommy O'Sullivan.
Booked: Elokobi 27, Brindley 81.
Argyle (4-3-3): 23 Luke McCormick (capt); 18 Oscar Threlkeld, 4 Yann Songo'o, 31 Jakub Sokolik, 3 Gary Sawyer; 7 Antoni Sarcevic, 24 David Fox (27 Craig Tanner 86), 6 Connor Smith (26 Arnie Garita 59); 14 Jake Jervis (8 Jordan Slew 71), 19 Ryan Taylor, 10 Graham Carey. Substitutes (not used): 5 Nauris Bulvitis, 9 Jimmy Spencer, 11 Ryan Donaldson, 21 Vincent Dorel (gk).
Booked: Sokolik 56, Sarcevic 88.
Referee: Darren Handley.
Attendance: 5,432 (1.025 away).