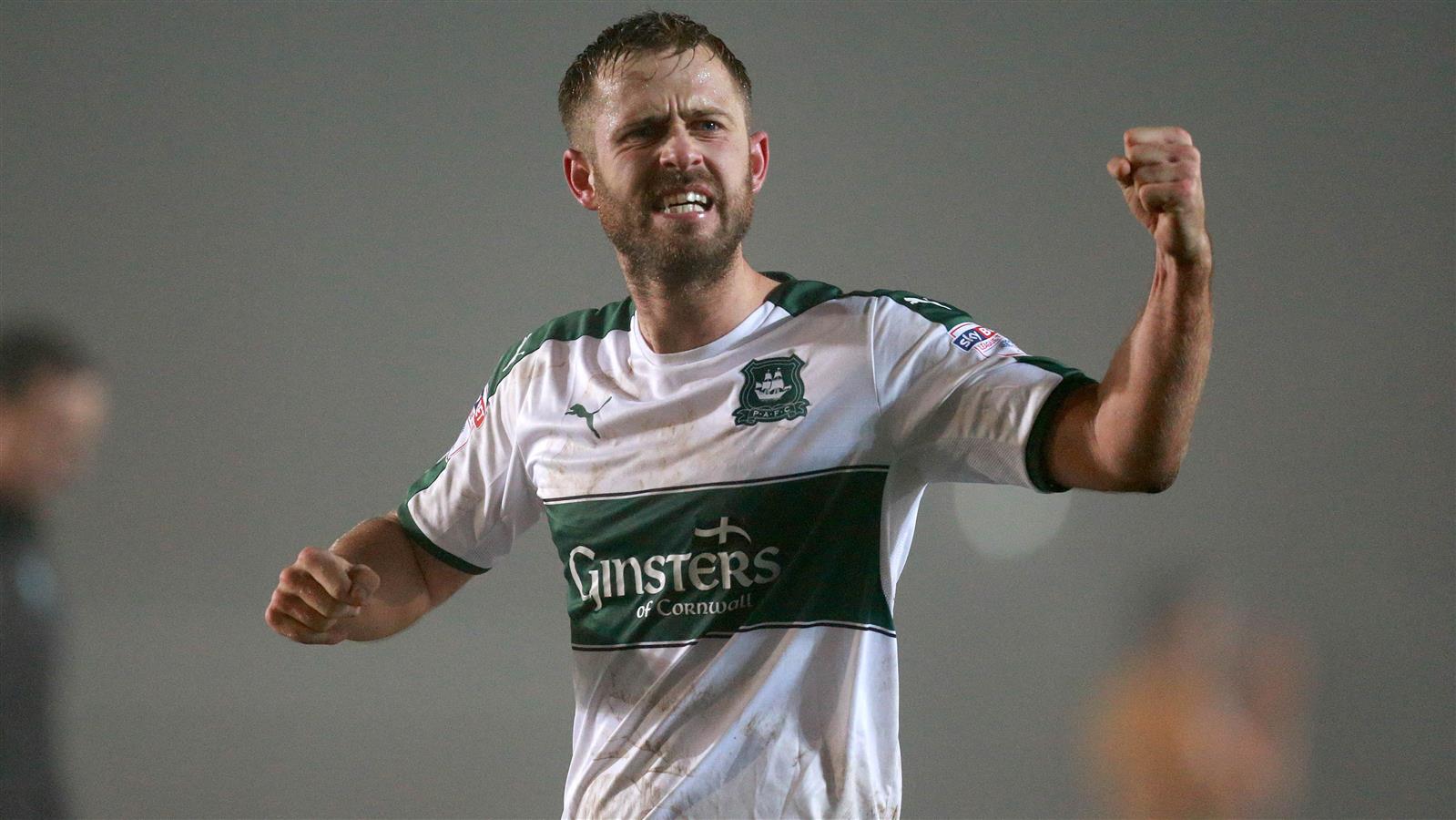 FOR David Fox, moving to Plymouth Argyle has proved to be a sacrifice worth making.

After leaving Norwich City in 2014, David spent a season each with Colchester and Crewe – coincidentally, Argyle’s next two opponents – before being released by the Railwaymen, and pitching up at Home Park.

David was 32, on trial with Argyle as pre-season drew towards its conclusion and the transfer window was closing steadily. As well as football matters to consider, David had to think of his family commitments; a wife, two young children and a third due two months into the season, all based in Greater Manchester.

Ultimately, David elected to sign on as a Pilgrim – and nine months on, as Argyle won 6-1 against Newport to clinch promotion with three games still to play, that decision has been totally vindicated.

“It wasn’t until late on in July, at Torquay,” said David reminiscing. “The season had finished at the start of May, so that was two-and-a-half months: my garden got cleaned up well! You are literally waiting on a phone call that might never come. Fortunately for me, one did, and one that exceeded all my expectations.

“The number of players out of contract is growing year on year, and it is harder to find a job,   especially as you get older. I knew it would be good, that’s why I was willing to come down here and make sacrifices.

“I made a massive sacrifice because ultimately I had the feeling it would work out alright. I can’t place on record enough what as a family we’ve had to give up for me to come down here, but those scenes on Monday make it worthwhile. You feel a sense of satisfaction that it has gone well.

“It was brilliant,” said David, of Monday’s game. “Everything, for the last few months, that we hoped it would be. That was our aim, what we were going for, and then the manner in which it happened was really pleasing and enjoyable.

“Where [the fans] have been down through things that have been going on off the pitch, it was about time we got it right on the pitch and got the club moving forward. I know they enjoyed it. There was a bit of relief at getting over the line. Hopefully the fans can enjoy it, knowing that the next three games can be a bit of a party atmosphere.

“No-one’s downed tools from the playing side of things, we’ll be going out to try to win the last three games. Partly for our own pride, and there’s a lot of supporters going to the [Colchester] game; it’s a long trip and we can’t disappoint them.”