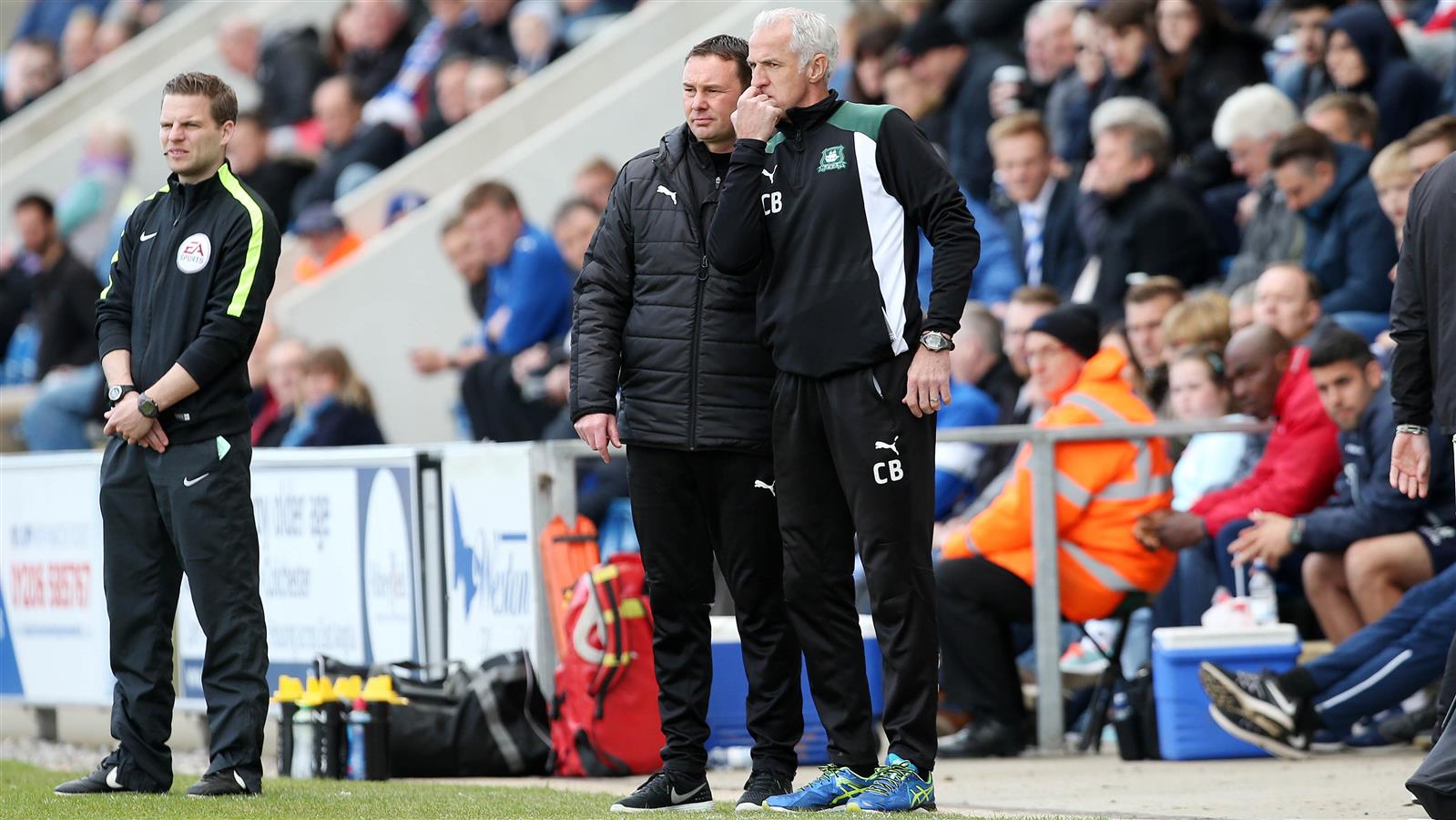 No Goals But Noble

Saturday’s 0-0 draw at the Weston Homes Community Stadium left both sides frustrated as Argyle maintained their own excellent away record – with one match to be played this season, they have lost just four of 22 league matches on the road.
They closed the gap on league leaders Doncaster to two points and Colchester clung on to their play-off ambition with two matches of the 2016-17 campaign to play, but both sides had wanted more.
The Pilgrims’ best opportunity to win came after half-an-hour when midfielder Antoni Sarcevic found space for a shot that went just wide, but clear-cut chances were at a premium for both sides.
Argyle manager Derek Adams said: “We had a lot of good play in the first half and Sarcevic was very unlucky after a great bit of play but, in the end, it’s 0-0.
“The way we played in the first half, the way we passed and moved, and controlled the game, was really good; it was nice to watch. In the second half, we didn’t pass the ball well as in the first half.
“But you have to give credit to Colchester, they were trying to get the win, as well.
“I didn’t feel that both teams worked the goalkeeper enough; both goalkeepers didn’t have a save to make, and that’s probably why it’s 0-0.
“Give credit to both sets of players – they were trying to get that goal, but both teams didn’t have that craft they needed to do that.”