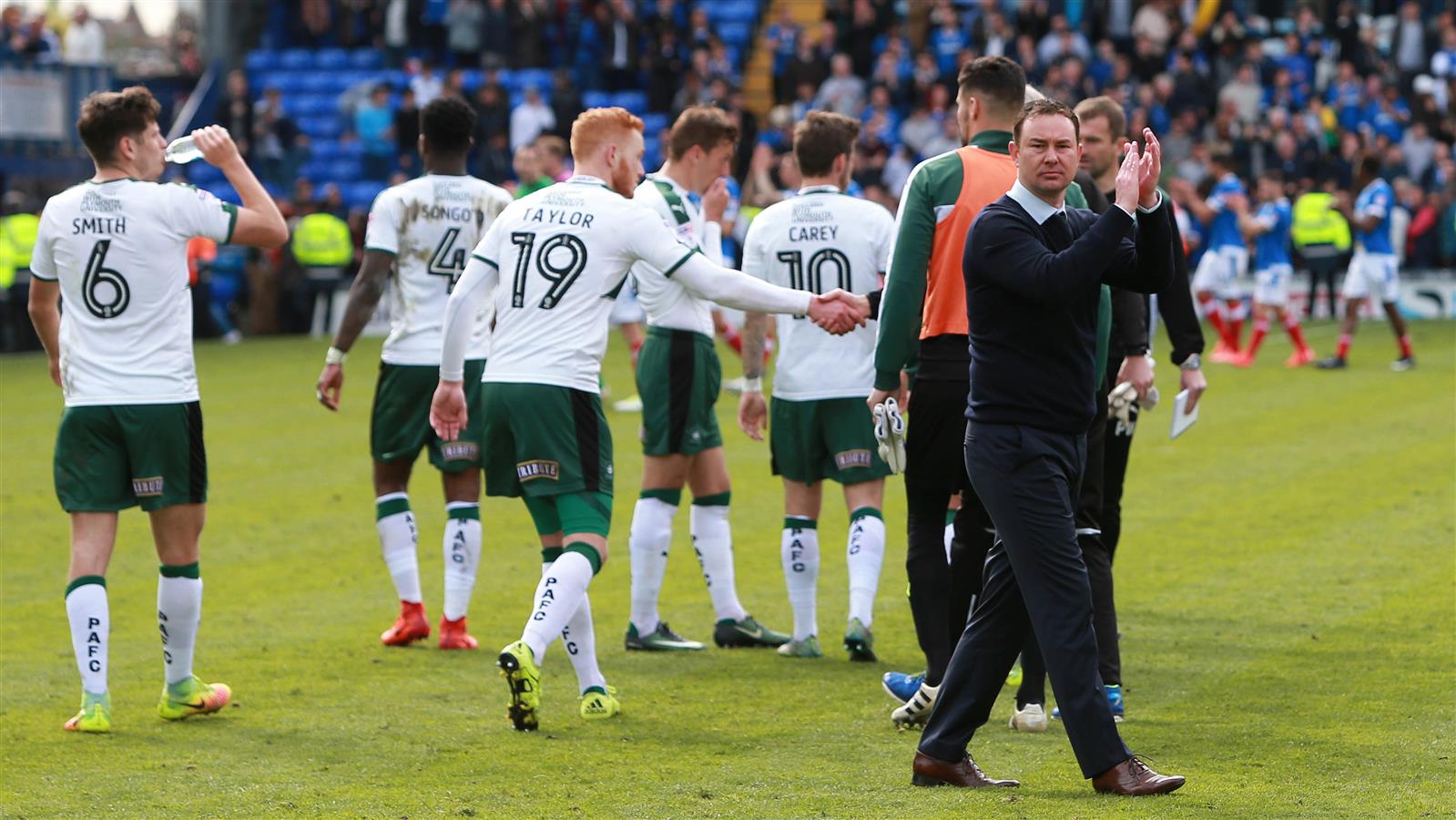 ARGYLE’S immediate destiny, for the first time this season, is entirely in their own hands.

Following Good Friday’s 1-1 draw at rivals on so many levels, Portsmouth, the Pilgrims need one point from the 12 on offer in their last four Sky Bet League Two matches to win promotion.
There first opportunity to breast the finishing tape comes on Easter Monday in front of what is sure to be a packed Home Park, when Newport County roll into to town.
The Welshmen have ambitions of their own. Adrift and heading back to the National League under Graham Westley’s unpopular management, they have since rallied with caretaker Mike Flynn in charge to the point they are a win away from escaping the relegation places.
Argyle manager Derek Adams, typically, barely allowed himself time to take any satisfaction from Friday’s grafted point before turning his thoughts towards the second half of the Pilgrims’ Easter double.
“We’ve got four games, now, to get over the line and it’s important we do that as soon as we can,” he said.
“Newport are on a fabulous run and it’s a difficult game at home, but any game in this league is difficult. We see that week in, week out.
“They have been able to claw themselves back in with wins and we will have to be right at it on Monday to get a win from then game.
“That’s what happens when you are down the bottom of the league – you try to galvanise everyone together and they have been able to do that.
“We’ll take things as they come, but the players are in good spirits. They performed well and we look forward to Monday. There’s no problem. Their fitness levels are excellent.”
General fitness might not be an issue, but there are concerns about ever-present defender Sonny Bradley’s participation on Monday after he failed to start Saturday’s second half.
“He’s got a dead leg, so we’ll see how he is over the next couple of games,” said Derek, who, on the plus side, introduced midfielder Connor Smith as a second-half substitute following three months out injured.
He said: “We needed a wee bit of legs in there because what Portsmouth do very well is the wide players come in off the sides and cause you trouble, but we dealt with it extremely well.”