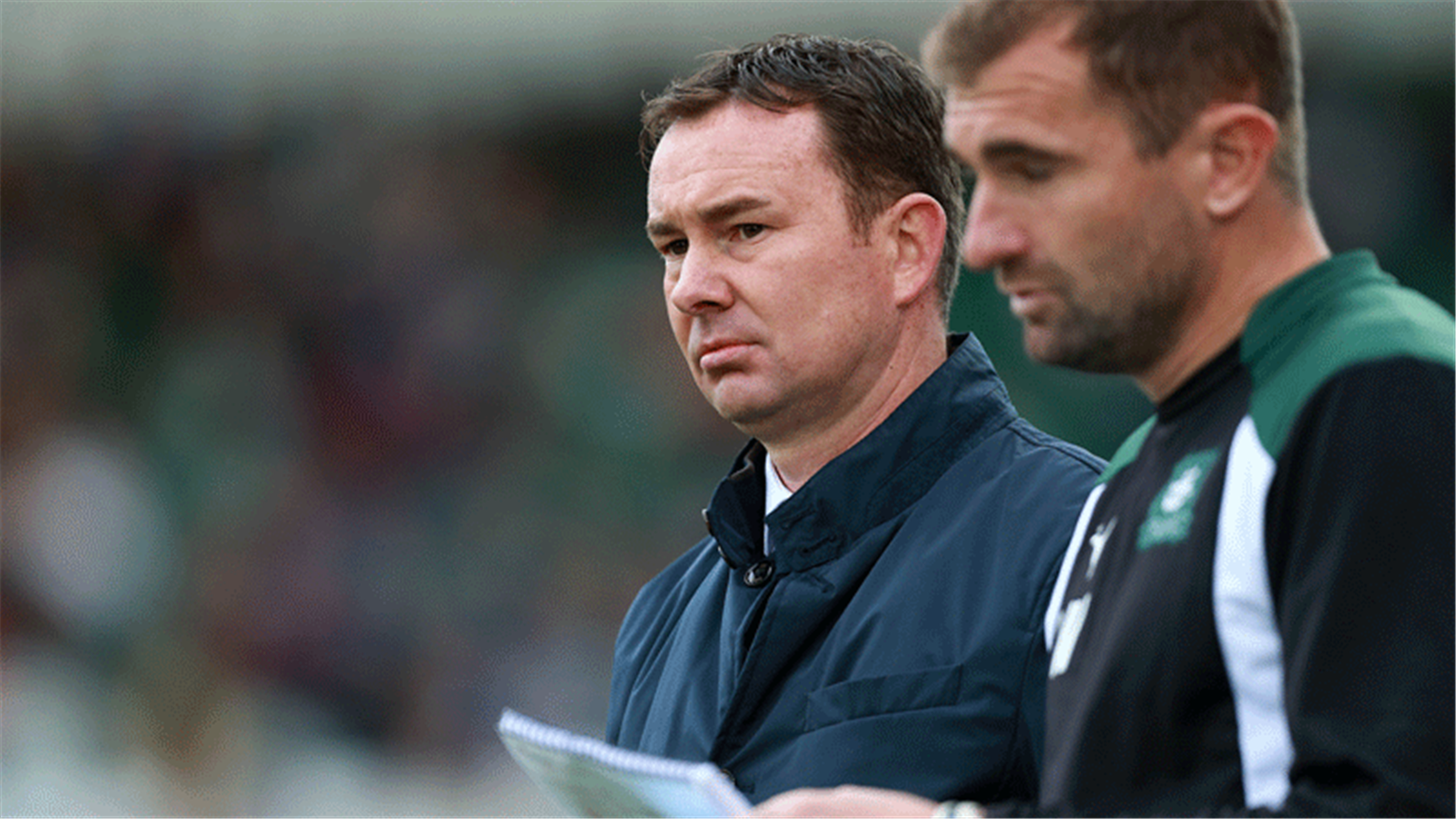 THE difference between Argyle’s preparations for Sky Bet League One next season and their groundwork for this season’s successful promotion campaign can be measured in weeks, months nearly.

Play-off defeat at Wembley in 2016 came on May 30, barely a month before the start of pre-season for 2016-17; the current campaign ends on May 6, nearly three weeks after Argyle beat Newport to secure a place in League One for 2017-18.
Manager Derek Adams intends to concentrate on the job in hand, and mounting a challenge to League Two leaders Doncaster Rovers, before casting his eyes towards his third season in charge at Home Park.
“We have got plenty of time to look to next season, now,” he said. “We won’t discuss anything until the season’s finished. Until that happens, we’re focused on trying to finish in a strong position.
“It gives you a good opportunity to look at the players we already have in the squad and the players that are going to come in over the summer – that’s just a natural progression – and we’ll assess things. We’ve got a lot more time than we had last season.
“We have a fair idea what’s going to happen. We’ve performed very well and we’ve got a lot of players in contract for next season, which is a good thing to have.
“We’ve got a list of players. We have recruitment policy where we have a database available to us, and we’ll continue to look through that.”
With all the euphoria of the last week, it is refreshing that Derek, typically, is not getting carried away with an achievement that nonetheless fills him with pride.
He said: “I came to the football club to get us out of this division and it’s been a very good two-year spell.
“I’m delighted the chairman gave me the opportunity to manage Argyle and we have certainly delivered over the last two seasons. That’s something that everybody at this football club is very proud of.
“We have been very successful this season; we have been able to win 25 games; we’ve had a great FA Cup run against Liverpool which everybody enjoyed; and we have won the two derby matches, as well.
“Coming in the first season and getting to a play-off final was a success. When I came into the football club, the chairman was just hoping we’d put ourselves in a good position and we were able to do a lot better than that.
“We didn’t have the strength in depth to take us over the last couple of weeks of the season and that was probably the reason we didn’t get promoted last season.
“This year, we have been able to strengthen and that’s taken us a long way.”