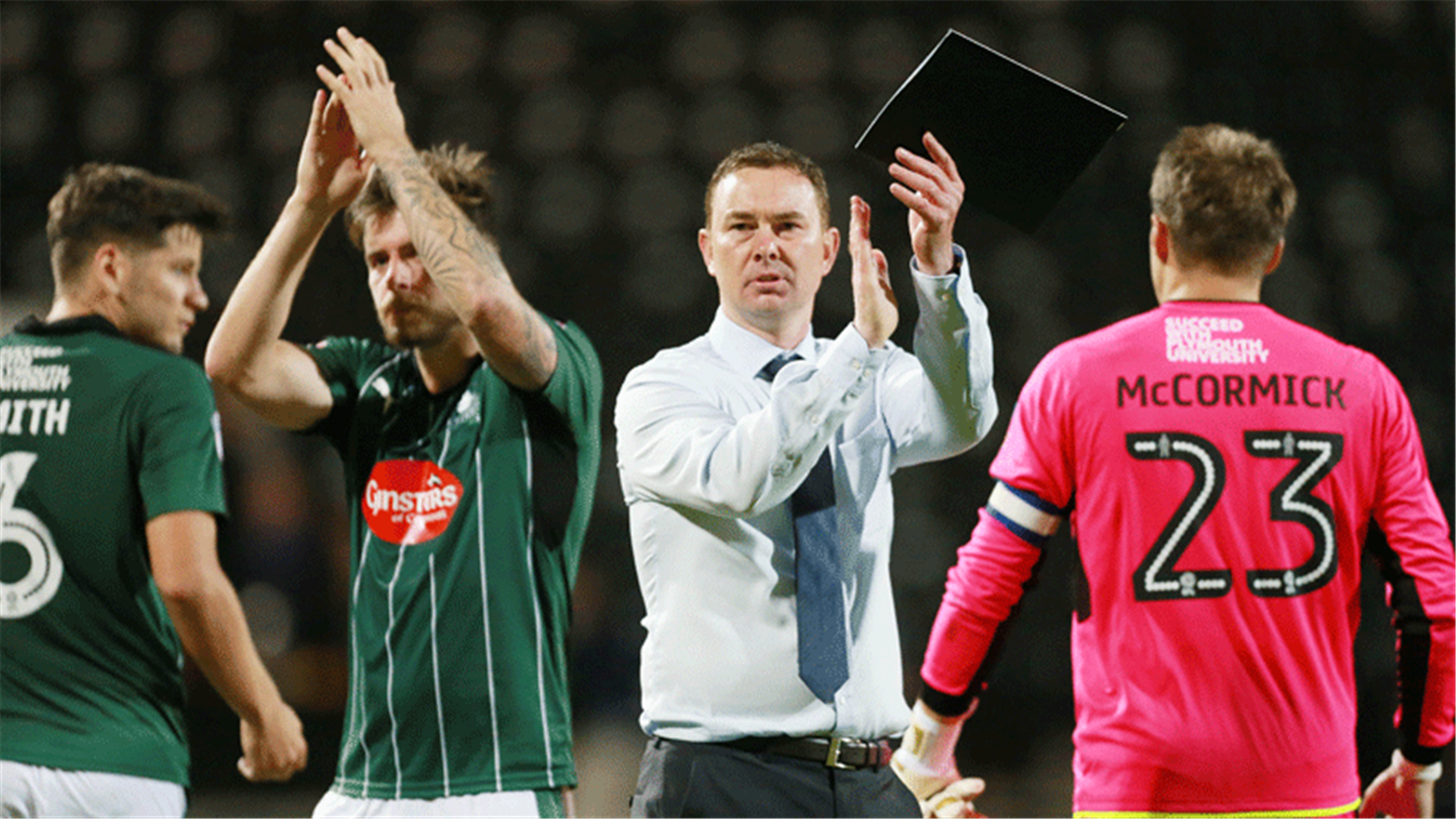 DEREK Adams wants Graham Carey to remain a Pilgrim but will not break the Argyle bank for the influential Irish playmaker. Or anyone else.

Graham, 27, looks likely to top the Pilgrims’ charts for goals and assists in their successful Sky Bet League Two promotion season, which still has three games to go, and after which his two-year Home Park contract comes to an end.
Derek is a big fan of a player he previously had under his wing at Ross County and would love to take their relationship to the next level in England.
“Graham has done exceptionally well over two seasons and we’re delighted with the progress he is making,” he said. “It’s really up to Graham, now, if he wants to stay or go, but he has been fantastic for me at my previous club and this club.
“The ball is in Graham’s court now. He’s been very good in League Two for us; I believe he can be in League One, as well.
“You always want to keep your best players, and Graham has shown in this division that he can score goals and create assists. It’s always important you keep your best players and we will try to do that.”
However, Derek is mindful that this year’s promotion ended a six-season spell in League Two which was preceded by major financial problems at the club.
He said: “We’ll wait and see how things transpire over the next month or so. We’ve got to live within our means. That is what this football club has tried to achieve after going into administration.
“Previous boards and managers have wasted a lot of money and we can’t afford to get ourselves into that situation again.”