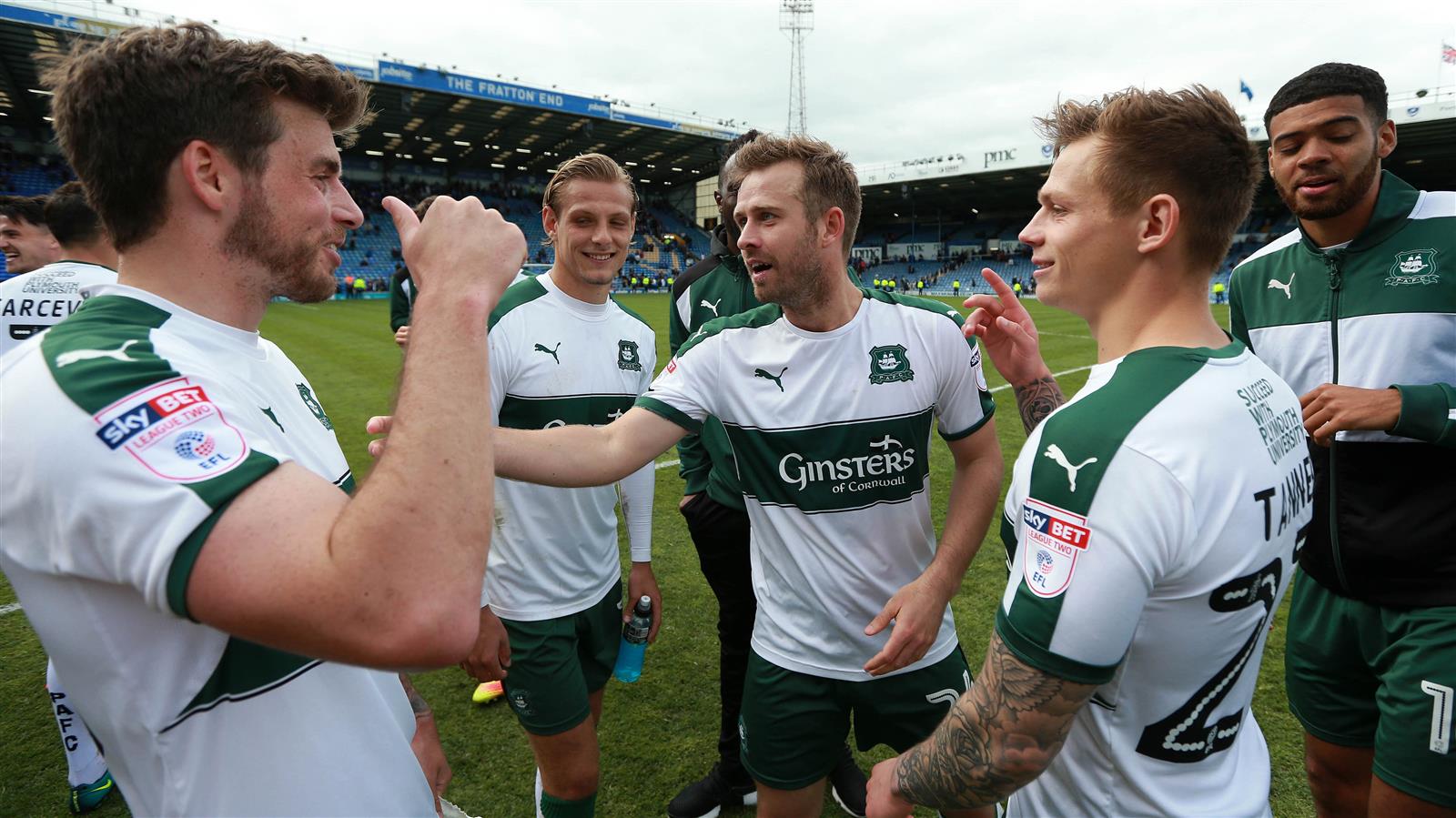 FOR many teams lower down the football pyramid, an Emirates FA Cup-tie against a crack Premier League side, is a once-on-a-generation experience.

It is the chance to play on the big stage; the opportunity to put some cash in the club coffers; and a top-table distraction from the week-in, week-out slog of bread and butter games.
For Argyle, it went a bit further – it has helped put them on the verge of promotion to Sky Bet League One.
Following Good Friday’s 1-1 League Two draw at Portsmouth, the Pilgrims need just one more point from their final four matches to climb out of the lowest tier of the EFL after six testing and emotional years.
Midfielder Graham Carey has no doubt that the Pilgrims’ two January cup games against Liverpool, when they drew 0-0 at Anfield before going out of the competition 1-0 in the Home Park replay, convinced him and his team-mates that they has what it takes to succeed at their own level.
“The Liverpool game really gave us a lot of confidence as a team; if you can nullify them for so long, why can’t you do it to teams in this league?” he said, after the draw at Fratton Park.
“We’ve done that against Doncaster at home, Carlisle [at home], Doncaster away – we’ve done that against the big teams and we’ve done again today and are unlucky not to have got three points.”
Combined with lessons learned from last season, when Argyle looked nailed on for promotion for the first two-thirds of the campaign only to fade from contention and eventually lose to AFC Wimbledon in the play-off final, the Liverpool experience has benefited Argyle.
Graham said: “Sometimes at home, we were a little bit too gung-ho, wanting to kill teams off early on, but teams at this level, year after year, are getting better, more organised and more professional.
“We didn’t do it last year and we’ve learnt from that, especially some of the results last year before the end of the season, like when we’ve lost to Dagenham at home – so we’re not going to take it lightly. We’ll be fully focused.
“We’ve learned so much from that and it’s really driven us on to finish the season strong.
“We worked so hard in the first half [against Portsmouth] that we were bound to come off it in the second a little bit, so the Liverpool game was exactly what we did – we came back into shape and were hard to break down.
“They had shots on goal but didn’t really trouble us; on another day, we would have kept a clean sheet, but it wasn’t to be.”