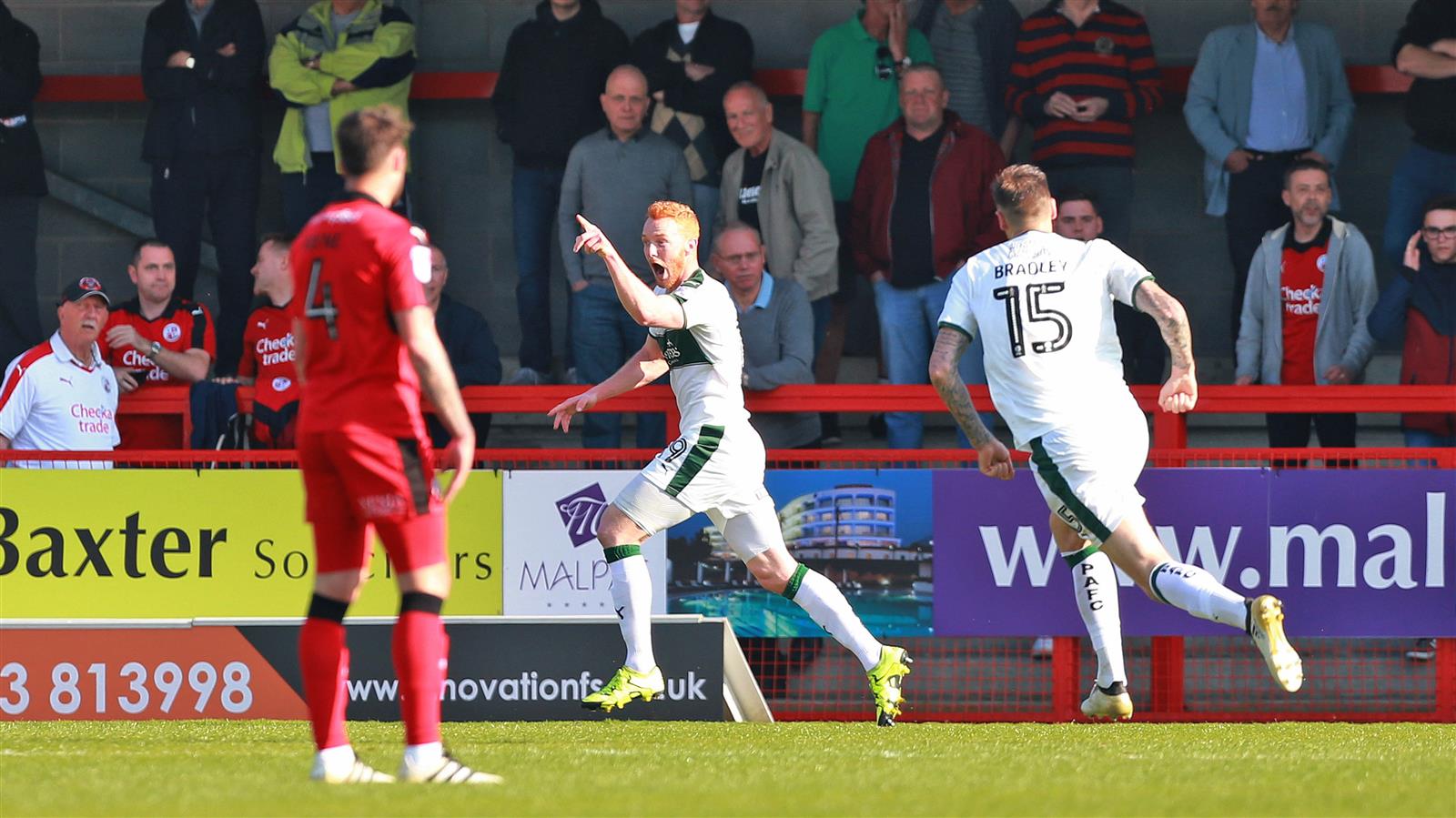 THE Sky Bet League Two promotion picture suddenly became a lot clearer at around 4.51pm on Saturday, when Ryan Taylor fired Argyle to a 2-1 win at Crawley.

If the Pilgrims win at Portsmouth on Good Friday, and Luton fail to beat doomed Leyton Orient at home on the same day, Argyle will be assured of ending their six-season spell in the bottom tier with four games of the campaign still to play.
Any other combination of results and we all move on to Home Park on Easter Monday.
That scenario unfolded dramatically in injury-time at the Checkatrade.com Stadium, when Tayls completed a come-from-behind victory after Graham Carey’s 63rd-minute penalty had cancelled out Dean Cox’s first-half opener for the home side.
“It’s great to be part of the club at the minute,” said Ryan. “Things are looking very good.
“It’s up to us, now, to keep taking each game as it comes and try to win each and every game. We’ve got a few games to go and we all want to stay professional and look to finish strongly and get promoted. That’s the main aim.
“We’re taking each game as it comes. We have got five games left and we want to win every game. Nobody’s on holiday here.
“We move on quickly and get ready for the next game. It is going to be another tough game, as is every game in this league. We just need to get over the line now and get this football club promoted.”
Like current team-mates Sonny Bradley and Jake Jervis, Portsmouth are a former club of Ryan’s. He scored 16 goals in 61 matches while at Fratton Park between 2014-15 and is looking forward to the Easter double-header.
“I can’t wait,” he said. “Hopefully, I’ll be playing. I’ve not played against Portsmouth since I left and I’ve not been to Fratton Park since I left.
“It’ll be a massive game; two very big clubs with a massive rivalry between the fans. It’s going to be a full-house and very noisy game. As a professional footballer, that’s what you want to be involved in.
“We’ve got two tough games coming up and we need to get two good results from them.”