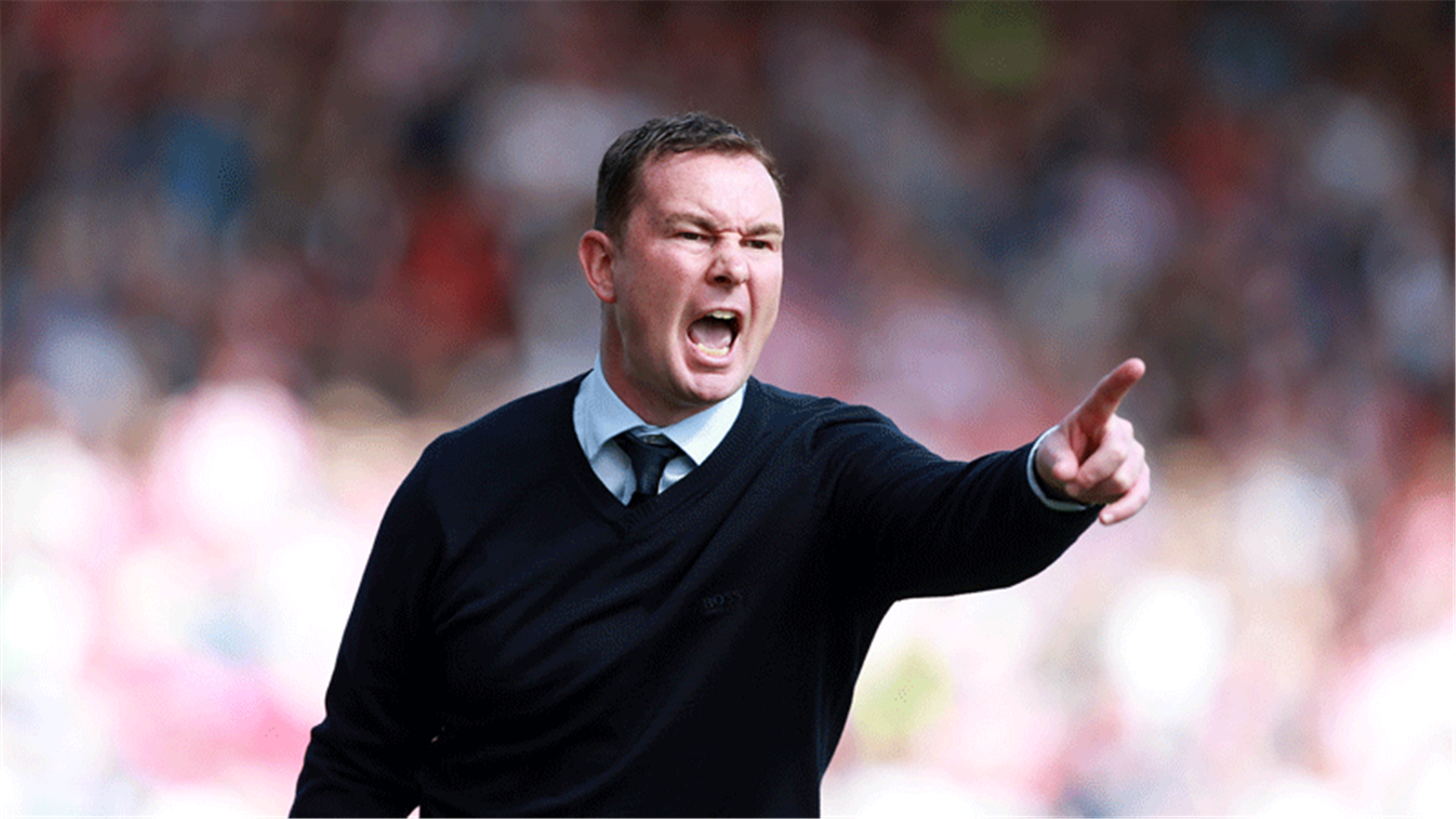 DEREK Adams wants his players to feel the burden of expectations that comes with their Sky Bet League Two promotion push.

The Pilgrims travel to Crawley on Saturday, looking for a record-breaking victory that will keep them comfortably in second place in the division and on course to leave the lowest tier after six seasons.
With six matches to play, and a ten-point margin ahead of the nearest of the teams that can deprive them of their ambition, the season has reached its most demanding stage. To the delight of the Argyle manager.
“We need to play with that pressure because that’s what it is at the top end of the table and that’s where we want to be,” said Derek.
“We’ve put that on ourselves because of the good season we are having. The nearer you get to the end of the season, we’ve got a number of games we need to win to try to get ourselves automatically promoted.”
Three points at the Checkatrade.com Stadium will see Argyle will reach a club-best 13th away league win in a single season, having already won 14 league and cup matches on the road.
“We have got to win on Saturday to break a club record of away wins in the league – we have already set it throughout all competitions – we have got a lot to play for; we want to get automatically promoted and we know the number of points we need to do that.
“It’s a game we are obviously looking to win. Crawley came down, two seasons ago, from League One and will probably be looking to push into the play-off positions next season.
“Crawley have got some decent players in their side but it’s about us, really – how we put the pressure on them. It’s important we continue our very good away form.”
Derek is keen to emphasise that the Pilgrims’ impressive away form should not detract from their record at Home Park which, despite last weekend’s defeat by in-form Accrington, bears comparison with the best in the division.
He said: “We’ve won 23 games from 40 and want to continue that at Crawley. We’ve shown, this season, with the number of games that we have won, we can win games home and away.
“We have got four away games now; we have got only two at home. We have got a good home record, as well – only Doncaster and Colchester have won more games than us at home – so we have shown that, home and away, we can do very well.
“Performance-wise, we should have taken something from the Accrington game. We had four very good opportunities we probably could have scored with on another day: Graham Carey, Ryan Taylor, Oscar Threlkeld and Antoni Sarcevic were unfortunate not to have scored.
“We created more opportunities than Accrington, but we didn’t take them on the day.
“Our home form is up there with all the other teams who have won home games this season. We’ve got a good record of wins, and we’ve probably lost too many at home when we should have drawn. Win-wise, we’re up there with the best of them.
“The players have gathered a very good points total and we want to add to that.
“We have got a lot to play for, for a number of reasons, but the main aim is to get automatically promoted.”