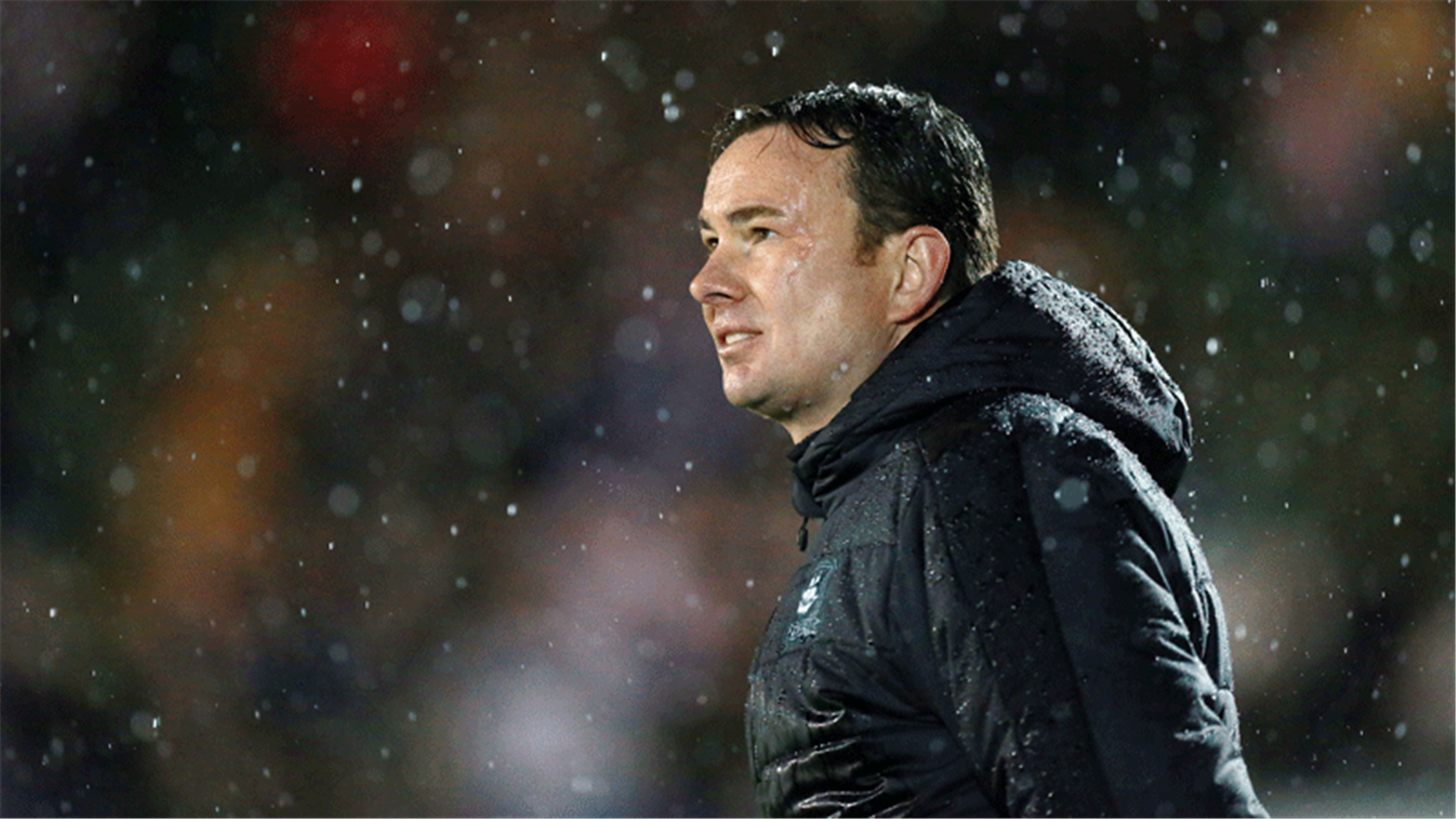 WHILE it might be pushing things to suggest that Derek Adams is in a league of his own, the Argyle manager is certainly more rigidly focused on a different division than most of the Green Army.

Ever since Easter Monday, when the Pilgrims clinched promotion to Sky Bet League One, the fanbase has been allowing thoughts to turn towards the new towns and cities, grounds and teams which they will visit from August 5.
Derek, though, has his sights fixed on further achievement this season, simultaneously hauling in leaders Doncaster Rovers and keeping League Two’s third promoted side, Portsmouth, at arm’s length over the campaign’s final two matches.
Rovers are two points ahead of Argyle, who, in turn are two points better off than Pompey. Derek believes the Pilgrims must win both this Saturday’s home game against Crewe Alexandra and the following weekend’s away match at Grimsby to even stand a chance of adding the title to their promotion.
“With two games to go, it is very tight at the top between the three teams,” he said, “and we’ve put ourselves in a position where we are two points behind the league leaders with two games to go.
“We would like to try, if possible, to win the title and that has got to be our focus for the last two games of the season. When you are so close at the end of the season, you have still got that possibility.
“We will have to win on Saturday to give ourselves any chance. We have given ourselves that opportunity. It is a fantastic season we have had and we just hope we can keep it going.”
Argyle were given a stern test by Crewe when they played them at the Alexandra Stadium in November before registering a club-record seventh successive away success, and Derek expects similar this weekend.
“They are a good young team, with a lot of individually talented younger players,” he said. “[George] Cooper is an excellent player for them. He plays anywhere across the front line and has been very good for them this season. [Alex] Kiwomya, as well, who started the season well, is a good top young player.
“They have been able to get themselves safe from relegation and they’ll go and enjoy the last two games of the season, but we have got a bit of business to go and do first.
“With two games to go, if you’d said at the start of the season that we’d be in this position, two points behind the league leaders, we all would have accepted that. It’s a fabulous position to be in.”
The Pilgrims look set to go into the game with the same squad that secured promotion with a 6-1 victory over Newport 12 days previously – in front of a similarly expectant and close-to-capacity Home Park crowd.
Centre-back Sonny Bradley, a key component of their success throughout the season, did not miss a league game until the County crushing and the dead leg that saw him limp off against Portsmouth is still bothering him.
“He hasn’t trained with the squad this week so I would say he’s doubtful,” said Derek. “We have got the same squad as last weekend, including Gary Miller and Matt Kennedy; they both had food poisoning and have both recovered.”
Get tickets for Argyle v Crewe NOW - eticketing.co.uk/pafc