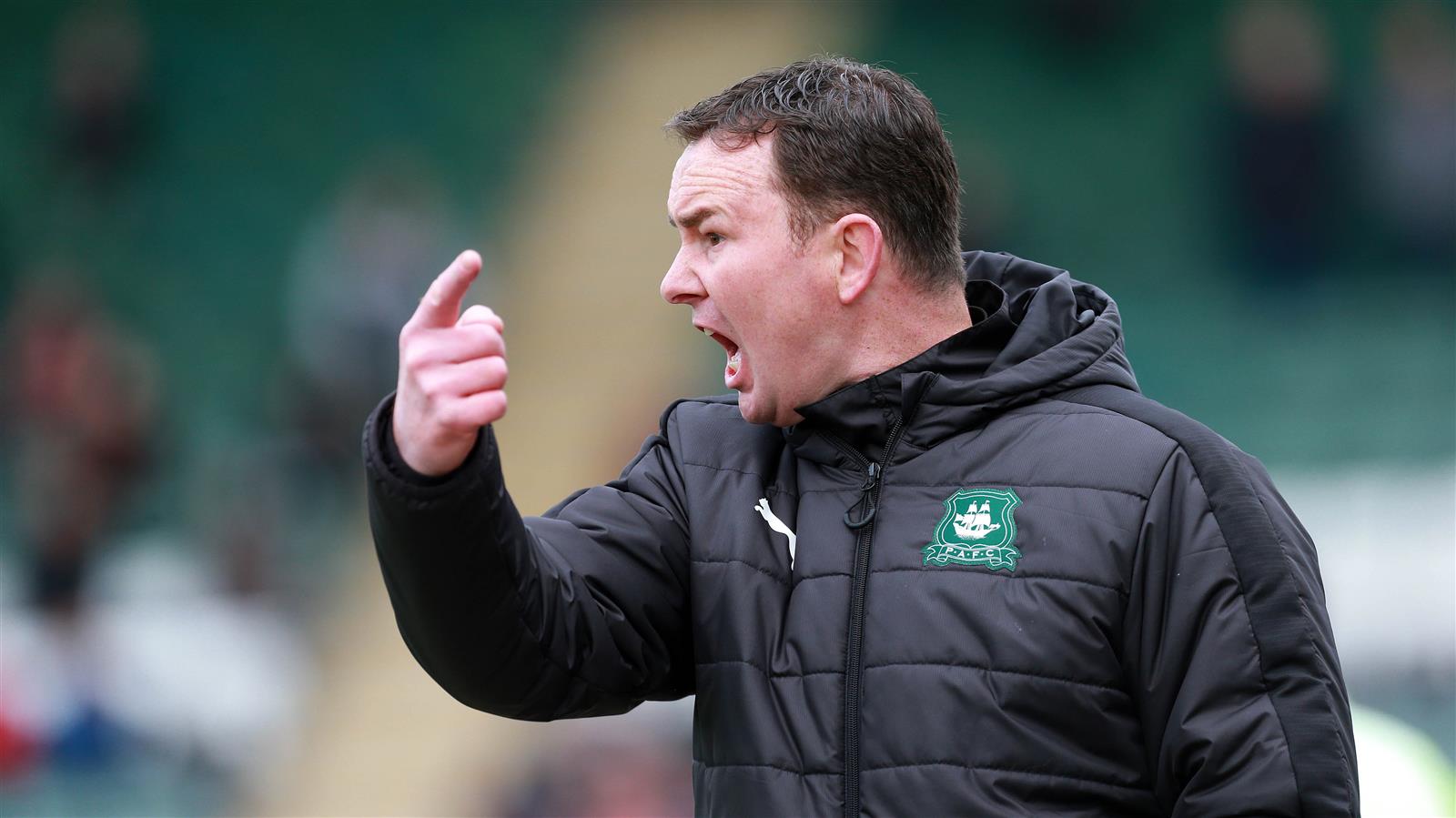 DEREK Adams sees Argyle’s 1-0 defeat to Accrington Stanley as “a wake-up call” for the club, as the Greens aim to secure promotion from Sky Bet League Two.

After a key victory last weekend over the league leaders, one could possibly be forgiven for expecting the visit of Stanley to be just another game on the way to securing an automatic promotion spot. Of course, though, things were never going to be that easy, and the Greens were tripped up by an in-form side at the Theatre of Greens.
Jordan Clark’s header in the eighth minute was all Accrington needed to grab an early lead and hold on for another run in what is now a 12-game unbeaten run. Form like that made Adams fully aware of how challenging this game would be.
“I’d already told the players what to expect of Accrington,” said Derek. “They had been on an 11-game unbeaten run and they’re a good side. I know that Accrington are a very good side.
“I don’t think many people believed what I was saying in the midweek press conference, but they’ve shown today what a good side they are. I don’t think enough of my players believed what I was saying to them, about how good Accrington have been. I think a number of their players are in very good form and they’ve been able to get the victory.”
The Pilgrims have a 10-point cushion inside the automatic promotion places with six games remaining, but the boss is understandably determined to not let the entire club rest on its laurels. Adams believes the defeat has ended Argyle’s hopes of winning the League 2 title, but is fully focused on ensuring his team retain a strong grip on a place in the top three.
“It’s a wake-up call for everybody at the football club. It’s not just the players. We hear all the plaudits around the place; we’ve still got a job to do. We’ve still got 18 points to play for and we’re 10 points ahead.
“We’re out of the title race now. Six points behind, Doncaster have got a better goal difference; that’s out of the question now. We’ve got to try and gain that automatic promotion, but we’ll have to play a lot better than we did today.
“The finishing line is there, but you’ve got to do it. Today, we didn’t play well enough. I thought that today, Accrington did a job on us.”