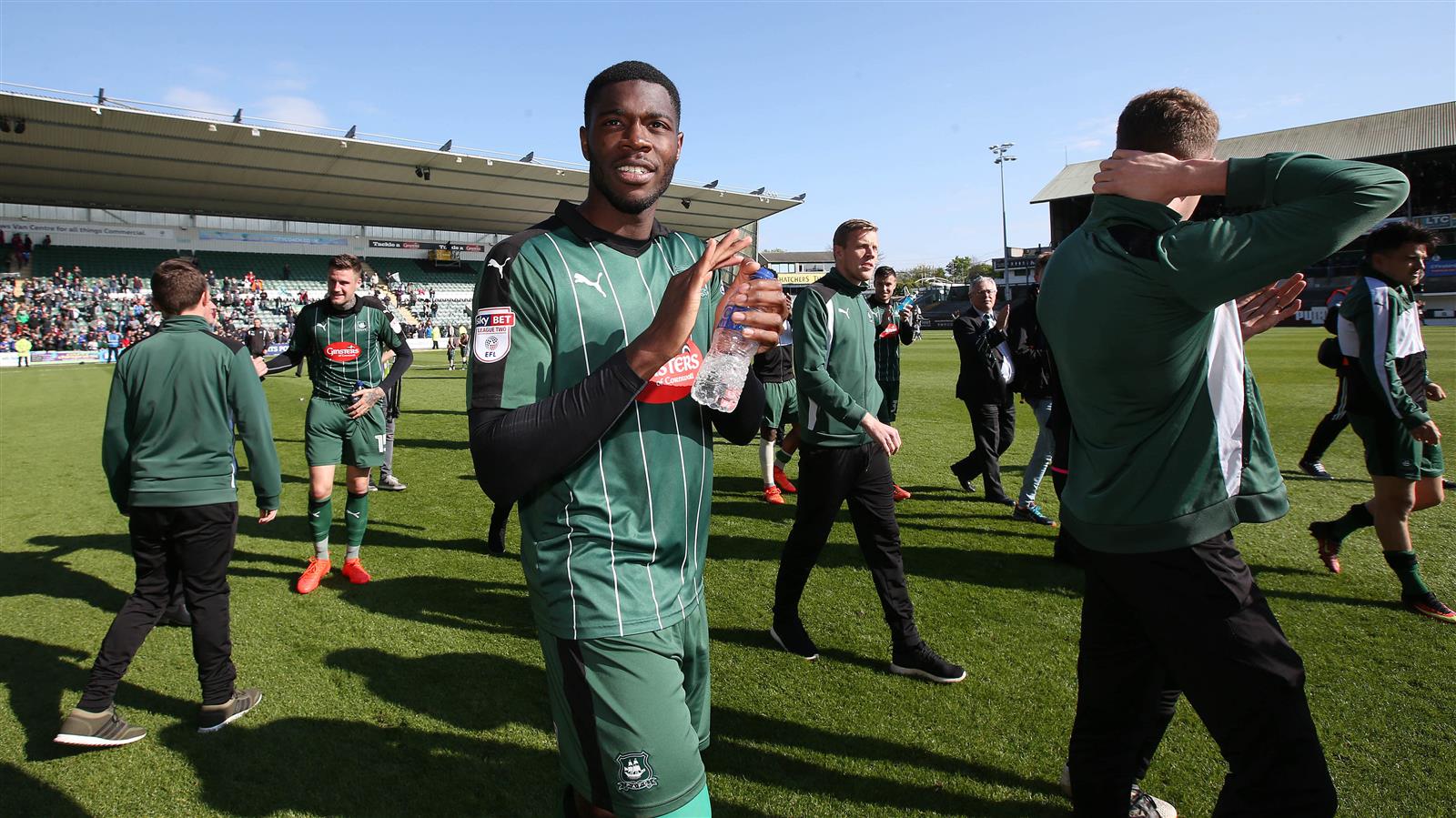 ARGYLE’s victory over Crewe Alexandra that placed them on the precipice of winning the Sky Bet League Two title was down to the belief of two men.

The first belonged to Nathan Blissett, who came on as a half-time substitute to head the 79th-minute winner that put the Pilgrims a point clear of Doncaster Rovers at the top of the table with one more game of the season to play.
The second came from Argyle manager Derek Adams, whose faith in his January signing from Torquay United paid handsome dividends as the Pilgrims bounced back from conceding a sixth-minute goal to level through Ryan Taylor five minutes before Bliss’s winner.
Nathan said: “I feel, in myself, that I can be very influential in games and I can change games. I think that’s something I have in my repertoire.
“So coming into games doesn’t faze me at all. I still go into it thinking ‘I’m the big man; I’m going to knock someone about and make a difference.’ That’s what I try and do.
“The way Crewe played – passing football – we needed to be a bit more direct to get in behind them. That’s what’s good about my game and what I can bring to the team.”
Derek had little hesitation in bringing on Bliss as the Pilgrims switched to a 4-4-2 formation immediately after half-time.
“It fills you with confidence,” said Nathan. “It shows that the manager is looking to change the game and is looking to you to do it. It puts a bit of pressure on you but it gives you that pat on the back to say ‘I believe in you; go and do your stuff’.
“Being here hasn’t gone to plan as much as I would have liked but to be involved in crucial goals like that, I can’t ask for more.”
The victory completed a happy afternoon for Nathan, whose previous side had earlier avoided relegation from the National League.
He said: “Torquay is close to my heart. They rebuilt me into a decent player who can push on, so, for that, I thank them dearly and I just want good things to happen for them.
“The manager, Kevin Nicholson, is a good friend of mine and he has done it again. Plaudits to him.”