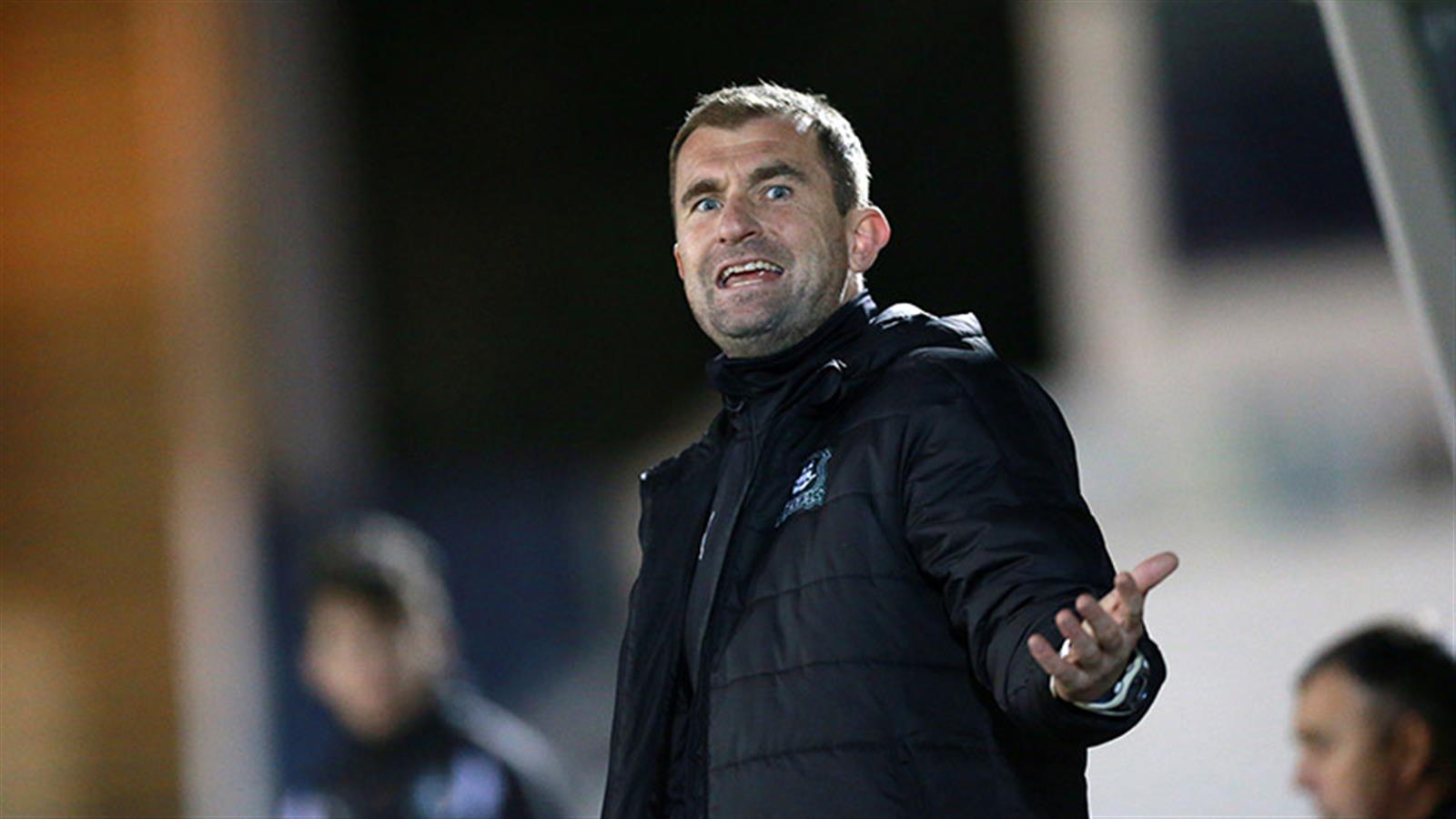 PAUL Wotton is the only man in Argyle’s history to have captained the Pilgrims to two promotions...

...so when he tells you what the class of 2016-17 needs to do to follow in his studmarks, you would be wise to take notice.
Now first-team coach, his advice on the back of Saturday’s frustrating 1-0 home Sky Bet League Two defeat by Accrington Stanley is notably succinct: “Nothing needs to change,” he said.
The loss left second-placed Argyle still 10 points ahead of the closest of their challengers the play-off places, with just half-a-dozen games of the campaign to go, and that, according to Wottsy, is a good place to be.
He said: “Would you have taken that at Christmas? Would you have taken it a month ago? Would you have taken it on July 1? It’s a very strong position to be in; there are 22 teams that would swap places with us, that’s for sure.
“We’ve been in the top two for the vast majority of the season so, because we’ve lost a game at home to Accrington, we don’t need to sit down and worry about the result or the performance.
“We have got six games to go and we’ll keep going the way we have been all season; we’ll be fine. Don’t let nerves creep in; don’t let panic creep in; just take care of our business - it’s as simple as that.
“Win, lose or draw, we do similar things. We analyse who the next opposition is; we go through little bits from the previous game which we could do better; we train to a high tempo and a high standard every day.
“The team that gets picked will to try to win the game on Saturday and then the following Friday, and the following Monday, until the season comes to an end. We take care of ourselves and, hopefully, the football side of things will take care of itself.
“The league table is what it is. We know the points gap and we know what we think we need to do to get automatic promotion and we work, on a daily basis, to that end goal. It’s as simple as that.”
Having enjoyed the Pilgrims’ last two promotions from the heart of the action, Wottsy is now experiencing the roller-coaster ride from the fringes.
“It can be frustrating,” he said, “of course it can; it’s like any person watching a game of football. But I’m a lot calmer. I’m not a bad watcher of football.
“I’m not sure I miss playing as much as I thought I would, but there certain games you want to play in, big games. With six games to go and the position we are in the league, it would be a nice time to go and play, but I’d struggle to find my boots.”