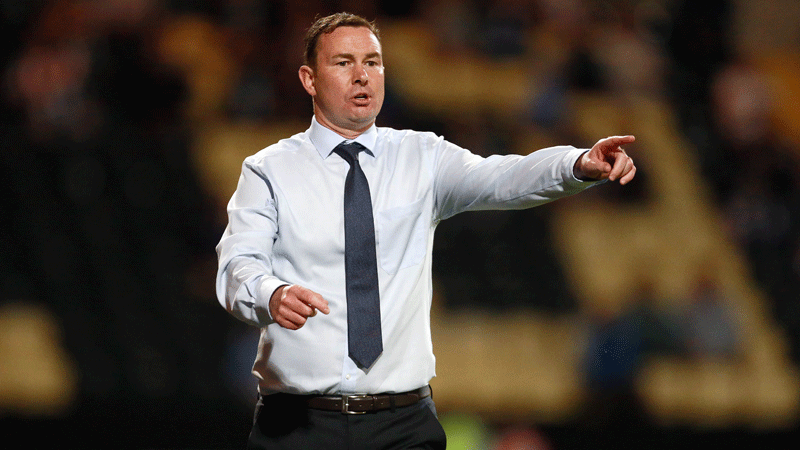 ARGYLE manager Derek Adams and his Pilgrims are ready for the fresh challenge of life back in Sky Bet League One.

The Greens travel to Peterborough United for the opening game of the 2017-18 campaign, buoyed by last season’s promotion and looking forward to testing themselves, step by step, in a division in which they last played in 2010-11.

Derek said: “It’s been a very good two years and now we are in League One and looking forward to a league where the football club hasn’t been for six seasons.

“The aim is to continue the progress we have already had. Game by game, we’ll sit down and look at the situation; we’ll see where we are come December-time; and then decide what our logic is after that.

“We want to achieve on a weekly basis; we want to win football matches and, with that, we will gain the points we will require at the end of the season.

Derek leads his revamped Argyle squad – eight new signings over the summer – into his third Home Park campaign with a raft of new opponents and new grounds to give the Pilgrims’ credentials a thorough examination.

“You have always got a challenge when you’re the manager of this football club,” said Derek.

“The first year I was here, it was a challenge to see what it was like, managing in England and to see if we could get ourselves in the play-off places.  We were able to do that.

“We’re looking forward to it. With getting promotion last year, we’re in a division that we haven’t been in for a number of years and we’re all excited about that prospect.”