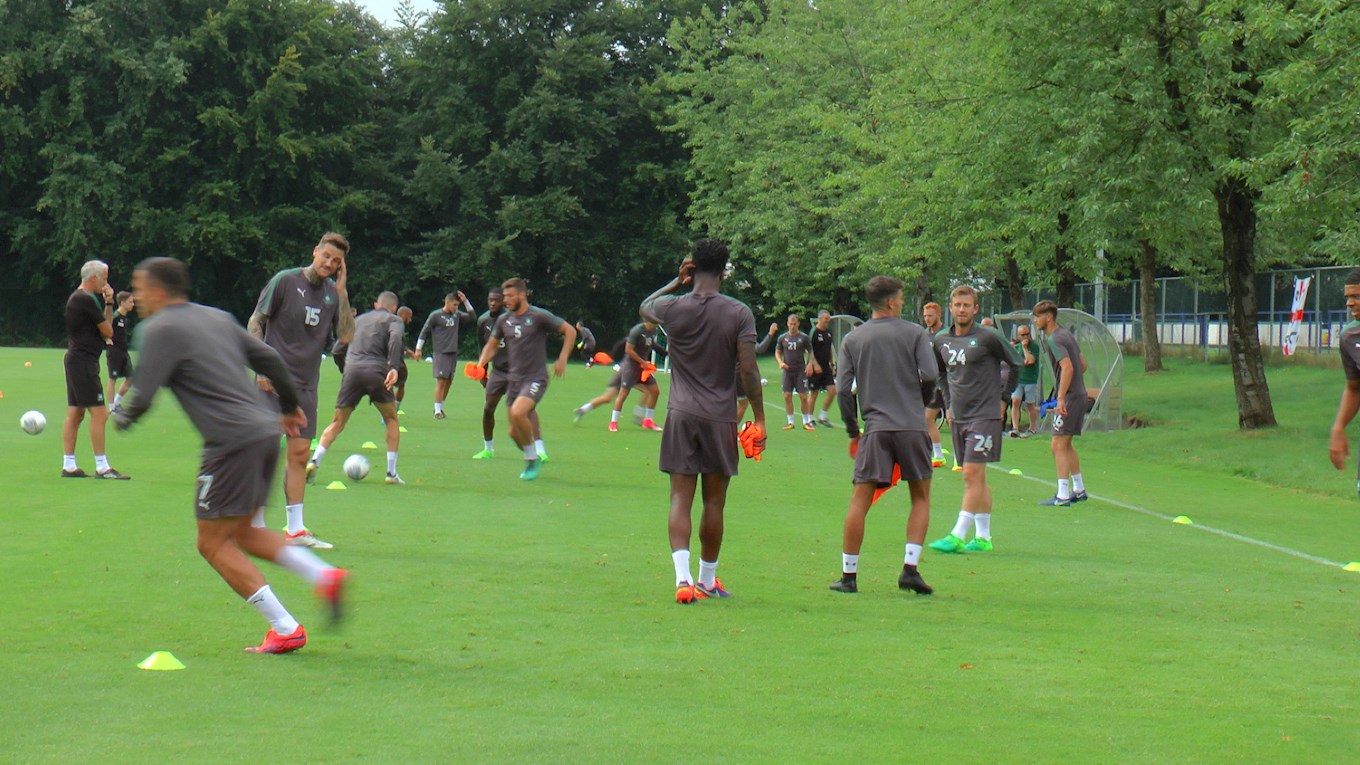 ARGYLE are inviting all supporters who missed out on seeing the Pilgrims play during the club’s summer camp in Holland to meet manager Derek Adams and his players at a special training session.

A number of the Green Army booked trips to the Netherlands at the same time Argyle were there in July so that they could see the Pilgrims’ games against FC Emmen and FC Twente.

Their plans – and those of the Pilgrims – were thwarted when the mayors of the respective regions in which Emmen and Twente play called the matches off at very late notice. Although Argyle eventually played two games, they were both behind closed doors with no admission to the public.

As a thank-you to those fans for their support, and in recognition of the disappointment they will have felt, Derek has invited them to the first-team’s training session on the morning of Thursday, August 17.

Supporters who missed out in Holland will be able to attend by presenting any booking or cancellation record of their summer trip to the staff in the Home Park Superstore on the morning of the session.

They will be given a voucher which they can then use to gain admission to the club’s Harper’s Park training-ground for the session, which will begin at 10.30am and last at least an hour.

The public session is the first of two that the club is planning to host during August, with final touches being put on an Open Day at Home Park before the end of the school holidays.