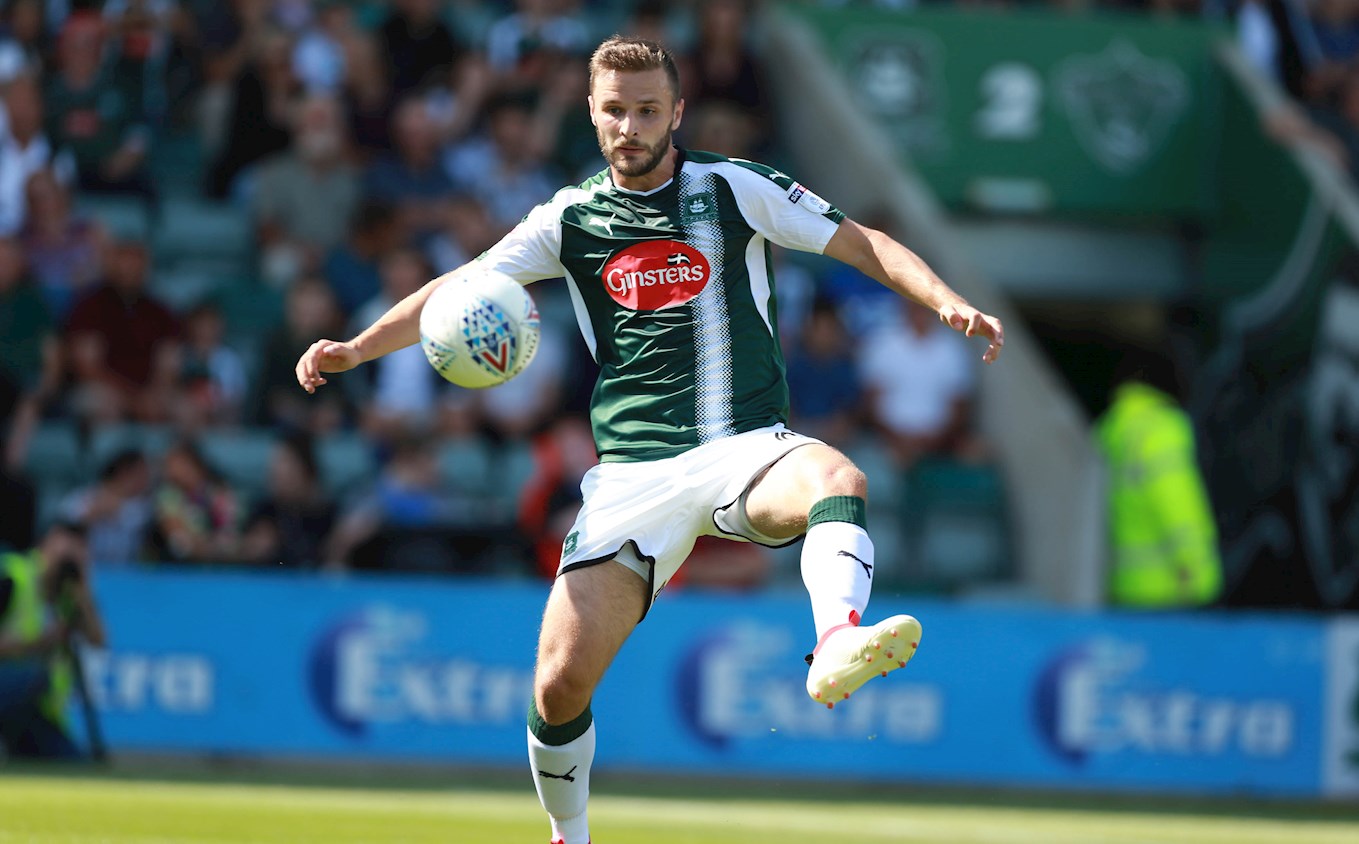 AS full debuts go, Jamie Ness’s first Sky Bet League One start against former club Scunthorpe United was about as bittersweet as it could be.

Midfielder Jamie proved that the calf injury which interrupted his pre-season preparations is well and truly behind him with a fine performance against the team he left to come to Home Park in the summer.

However, the 26-year-old Scot suffered along with his team-mates and the Green Army as Argyle were reduced to ten men by the late first-half sending-off of Antoni Sarcevic and slumped to a 4-0 defeat by a team that reached the League One play-offs last season.

Sarce was red-carded after clashing off then ball with Paddy Madden, who had given the Iron a 1-0 lead against the run of play. However, it was not until Madden’s second, midway through the second half, that the visitors made their numerical advantage tell.

Before that, Jamie had come close to levelling the score with a penalty-box header after good work on the left by Gary Sawyer.

Jamie said: “We knew that we had to dig in because, obviously Scunthorpe are a good team that will be up there agin this season, but we knew that, if we stuck in there, kept working hard, kept moving the ball, that we would get chances; we just had to stay in the game.

“We did have chances. I was a bit disappointed I didn’t get more on the header when it was 1-0. That totally changes the game, but it didn’t go in so we have to regroup and go again.

“I don’t think [the score] reflects the performance. We have to try to look at it that way, look at the goals we conceded and try to stop them from happening next week, build from that and try to take as many positives as we can.

“It’s very frustrating because all the goals, we felt, were preventable, even the goals at the end. We were stretched a little bit, with ten men, but we feel we can defend better than that, as a team. So we’ll go away, look at that, and look at things we can do better.”

Jamie had a better view than some of the incident in first-half injury-time that saw Antoni become the first Argyle player to be sent off since Jordan Slew at Morecambe last season.

He said: “The two lads have gone head to head. I know Sonny [Bradley]’s tried to pull them apart and obviously the ref’s seen something he didn’t like.

“I thought it was a bit of both, to be honest, but then Sarce has got the red and Paddy’s got the yellow, so it’s not worked out in our favour.”