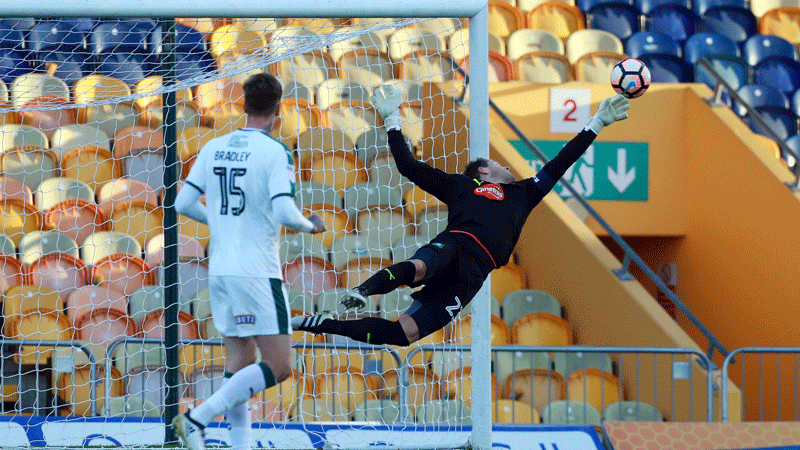 Feet on the Ground

ARGYLE captain Luke McCormick insists the team must stay realistic about the season’s objectives and aims.

The Pilgrims ended last season with such momentum, McCormick is keen to take it forward, but he knows that managing expectations has to be considered at the same time.

He said: “I think the first season in League One will be a case of consolidation first and foremost and then anything after that will be a bonus. But, if you look at the clubs that have gone up, particularly the season before we’ve managed to do it, they’ve all done quite well. Oxford missed out on the playoffs by four points so it’s there for us to go and get stuck into.

“It’s great for the fans. It’s a new season; no-one really knows what to expect so it’s good that they can get excited and at times carried away. We as players, as a club, we have to be slightly more realistic. The fans have been brilliant over the last few years, they’ve really got behind us and we’ll really need their help again this year, hopefully we give them something to shout about."

“You see the new teams that go into the Premier League, sides don’t know what to expect. They don’t know how you’re going to set up necessarily or they’re not familiar, they haven’t come up against you so many times so we’ll try and use that to our advantage.

“We’re looking for a good season. We’re confident that we’re going to have a good season and be a bit of an unknown quantity as well which will certainly help us.”

Quizzed on whether or not the team's style of play will change now the team have moved up a league, Luke insisted that you have to stick with what you know best.

“I think it’ll be similar to last year it has to be, it’s what brought success," he said. "I think there’s been a lot of creativity come into the side over the summer and plenty of competition for places so we need to keep the solid base what we worked with last year and hopefully with flair players and their creativity they can go and score us the goals.”