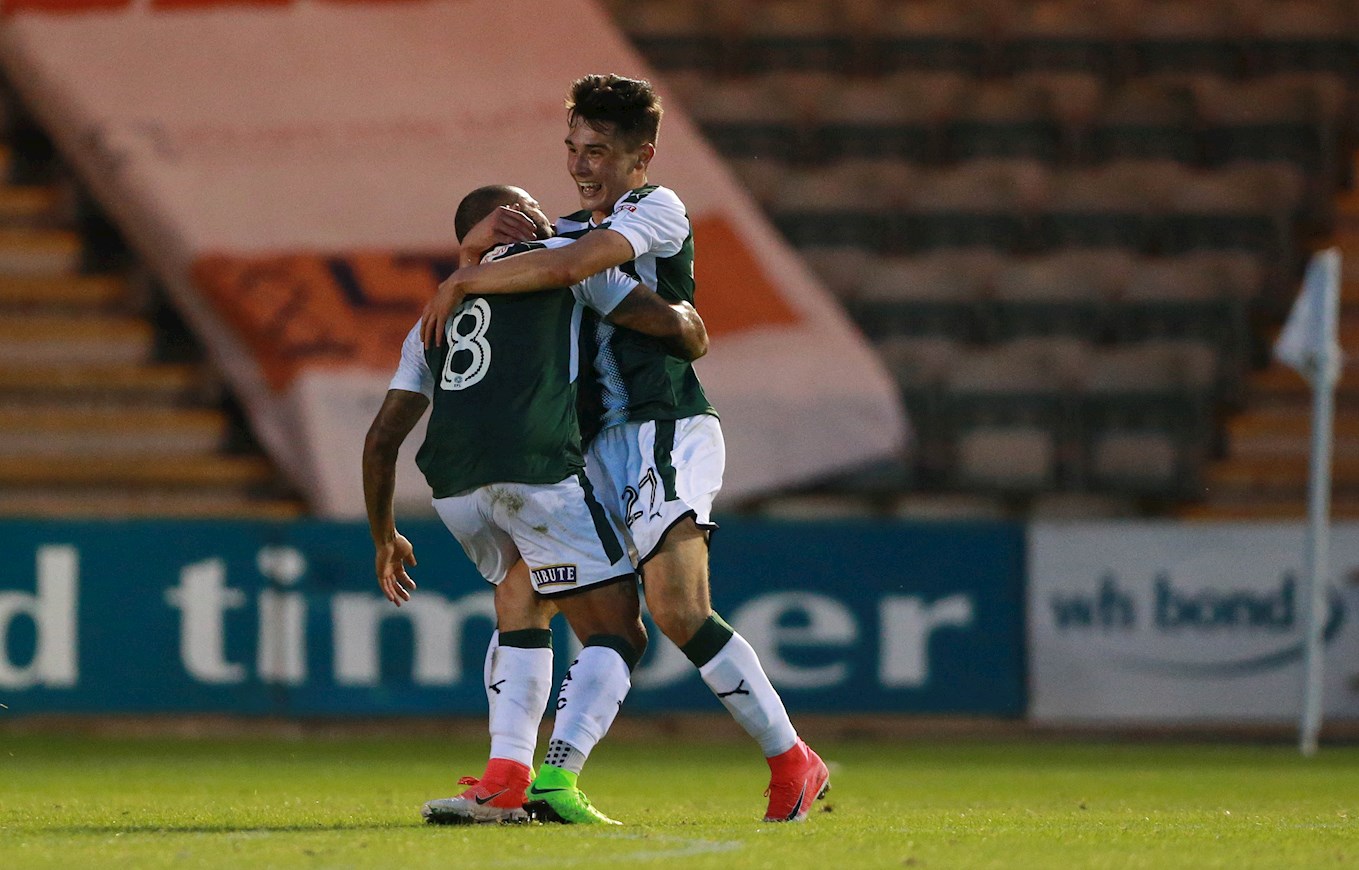 ALEX Fletcher made his mark in the grand manner on Tuesday as Argyle rounded off a thoroughly entertaining Home Park night by beating Chelsea’s Under-21s in a Checkatrade Trophy penalty shootout.

The Pilgrims had looked unlikely to take anything from the group match as they trailed 2-0 to pair of goals from 16-year-old Callum Hudson-Odoi, one of a host of talented youngsters in the Blues’ line-up, with two minutes of normal time remaining.

Alex, 18, making his full debut, pulled one back in front of a packed Devonport end, with a poacher’s strike at the far post, before levelling the scores one minute into time added on with a spectacular scissor-kick.

To top off a remarkable denouement to the evening, Fletch netted the second of Argyle’s five penalties in the shoot-out, which they won as a result of Jacob Maddox hitting the post with the third of Chelsea’s kicks. Under the rules of the competition, both sides took a point for the draw, with Argyle winning an extra one for triumphing in the shootout.

“It was an excellent night for him,” said manager Derek Adams, about his two-goal striker. “He’s so happy. He’s been nervous throughout the day. He’s got two goals to his name and I said to him before the game that they go down as first-team goals, and that’s important for him.

“He’s still got a lot to learn. It’s not easy, but he’s shown that, when the ball is in and around the penalty area, he can score.

“We are still looking to help his development. He’s 18 years of age and he’s got a game to develop. He’s not up to speed yet – we saw that for the majority of the game. He’ll learn by getting the experiences he had tonight. Take nothing away from him – he took his two goals very well.

“He got his two goals. I think he probably only had two opportunities in the game and he scored a well-timed one, the first one, off the goalkeeper – he was there to pounce; and his second one was excellent, late in the game, to get his foot around it and put it in the corner.”

The match also saw a full debut for summer signing Jamie Ness, who missed all of pre-season through injury.

“I was happy with him,” said Derek. “He’s still got a number of games to play before he hits full fitness but he looked, for 60 minutes, that he got about the pitch well; he kept the ball well. Yes, there is a rustiness there, which there is going to be because he hasn’t played many games.”