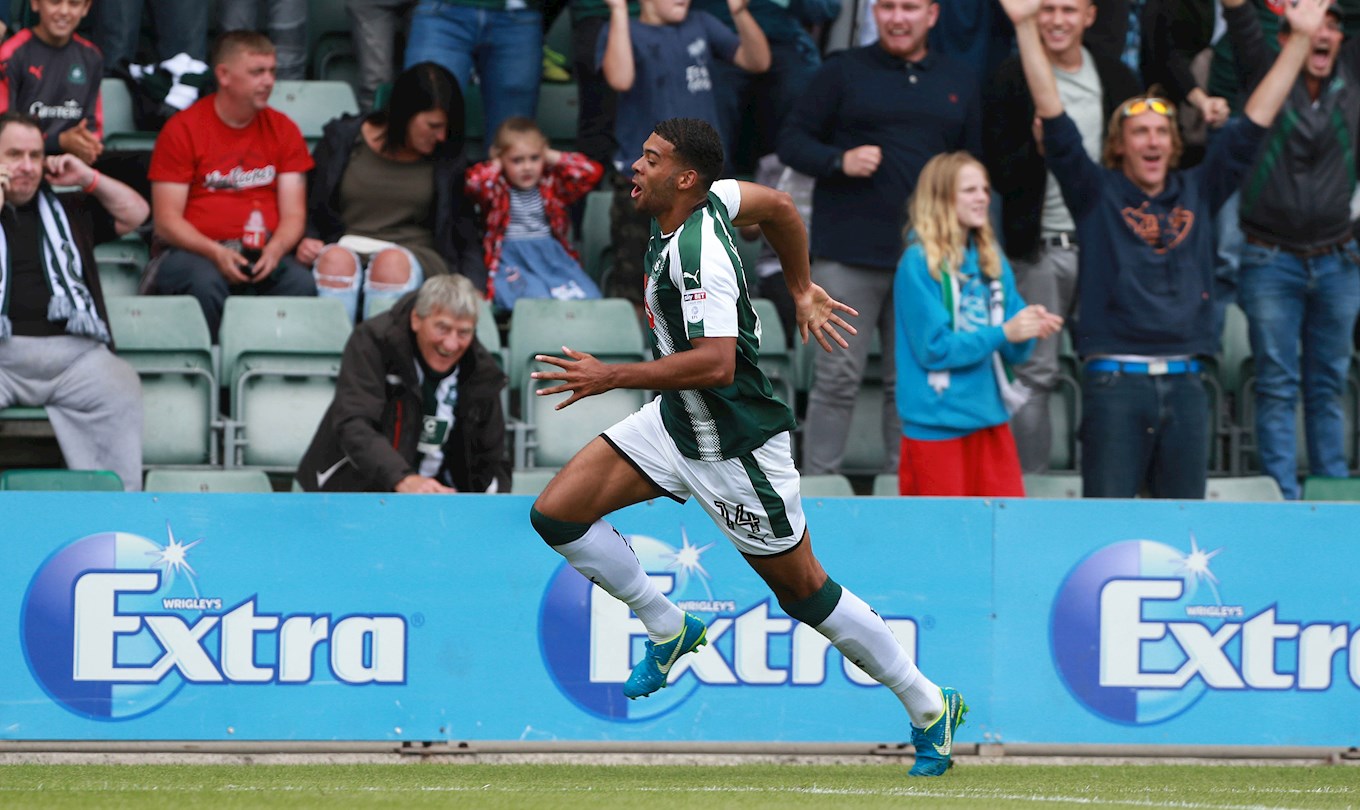 JAKE Jervis, who scored both goals in the Pilgrims’ 2-0 victory over Charlton Athletic, thinks Argyle have made a statement in their first week back in Sky Bet League One.

Jake took his tally to 29 goals in his 101st game as Pilgrim with a second-half double that gave Argyle their first three-point haul in League One since they beat Milton Keynes in April 2011. By one of those wonderful twists that helps make football the game that we all love, Karl Robinson was the beaten manager on both occasions.

Following on from an impressive display in defeat at Peterborough United seven days earlier, Jake believes Argyle have already shown they have what it takes to compete in the second tier of the EFL.

“It’s a big statement, beating a big team,” he said, after the game. “We’ve played teams that are supposedly going for promotion both weeks; we gave a good account of ourselves at Peterborough and today I think we have done extremely well on the counter-attack, keeping a good shape – we have shown how good we can play like that.

“Sometimes, if you play teams that are expected to be down the bottom from the start, you get a bit comfortable and when you start playing the bigger team, it’s a bit of a shock.

“To get them early doors and do so well against them is a good thing and it gives the boys confidence to go on to the next games.”

Jake’s goals came at either end of the second half, the first when he flicked home Ryan Edwards’ knockdown of  a Graham Carey corner; the second, something of a hallmark Argyle breakaway goal which began with Ruben Lameiras winning the ball on the edge of his own box.

“It’s effective,” said Jake, of the Pilgrims’ tactics. “We still attack. It’s not as if it’s negative football because we get into our shape, we attack on the counter, and the fans are still excited about it. If we play like that, we’ll be a problem for most teams.”

A majority of Jake’s goals have come when he has played wide on the right, although he can play the central striking role that Nathan Blissett occupied in place of the injured Ryan Taylor.

“Bliss has done excellent today,” said Jake. “He’s got a job where he’s got to throw himself around – sometimes it doesn’t look nice but he’s doing that job for us and keeping the centre-halves occupied, which gives us a chance, out wide, to get on the ball and get in behind.

“To be honest, I think I’m more effective out wide. I can play up front, of course, but I’m more spin in behind. Bliss can get hold of it a bit more and we need someone that can hold [the ball] in there, and me playing out wide has been effective.”