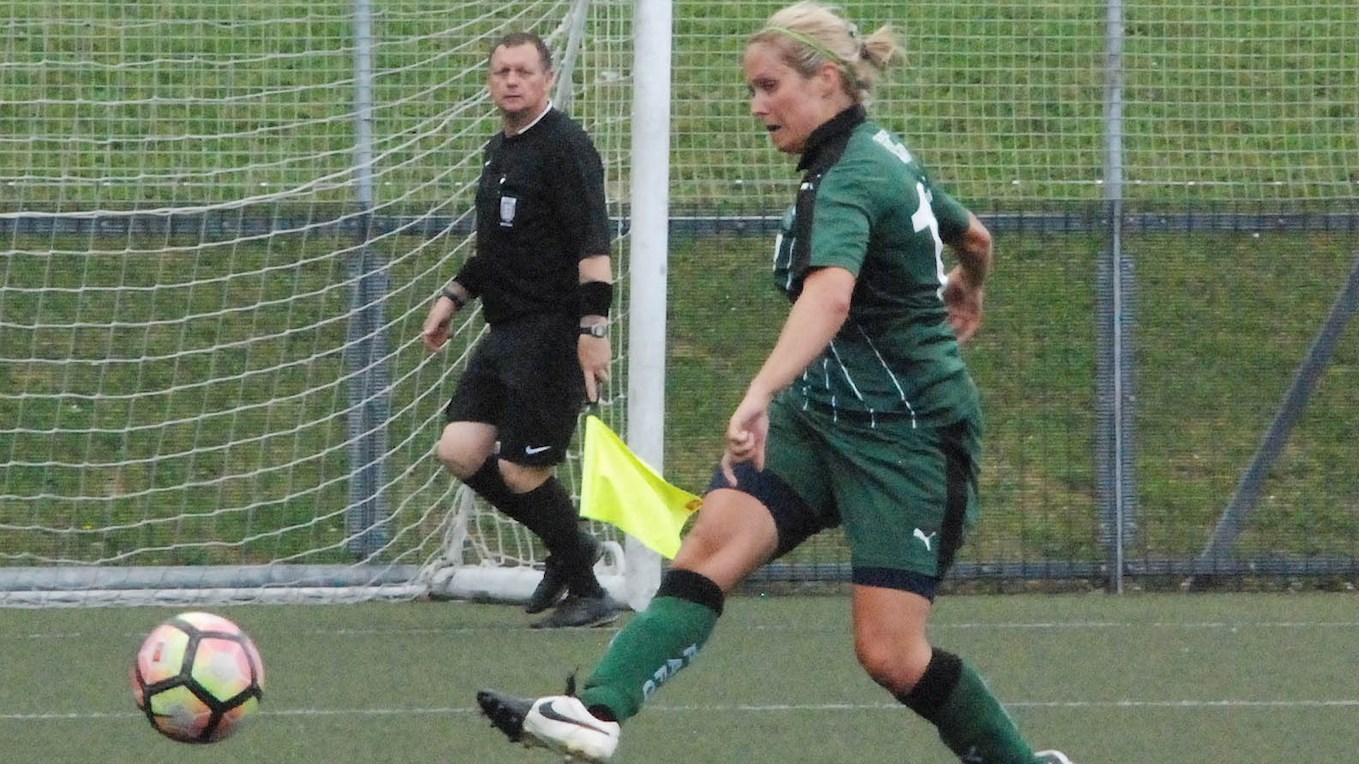 Manager Travis Rowland said: “It was a big win but it was not the best of performances as we missed a lot of chances; we did well, but there is room for improvement.”

The opening goal came when Molly Taylor set up Becky Atkins whose effort struck a post but the alert Knapman pounced to score. It quickly became 2-0 when Knapman tapped in a pinpoint Ezme Wells cross. Atkins – who was having a terrific game in midfield alongside Dani Barr – then set up Knapman who completed her hat-trick to make it 3-0 at half time.

It took Argyle some time to add the next goal in the second half which duly came through Knapman.They continued to press for more goals with Wells making it 5-0 on the hour mark. Two minutes later, Rowland made a triple substitution: Becky Dandridge, Mollie Taylor and Dani Barr were replaced by Jessie Boston, Zoe Cunningham and Kayleugh Brown.

Argyle were virtually camped in the St Nicholas half and continued to push for more goals which came when Knapman completed her nap hand. Player of the match Atkins then set up Kayley Lane, who fired the ball into the bottom corner of the net, and Atkins set up Wells for her second goal to complete the scoring.

Rowland said: “Our fitness levels are very high and we have a number of players who can slip easily into the squad.”

Next up for Argyle is a visit to Brislington, who beat Basingstoke 3-0.