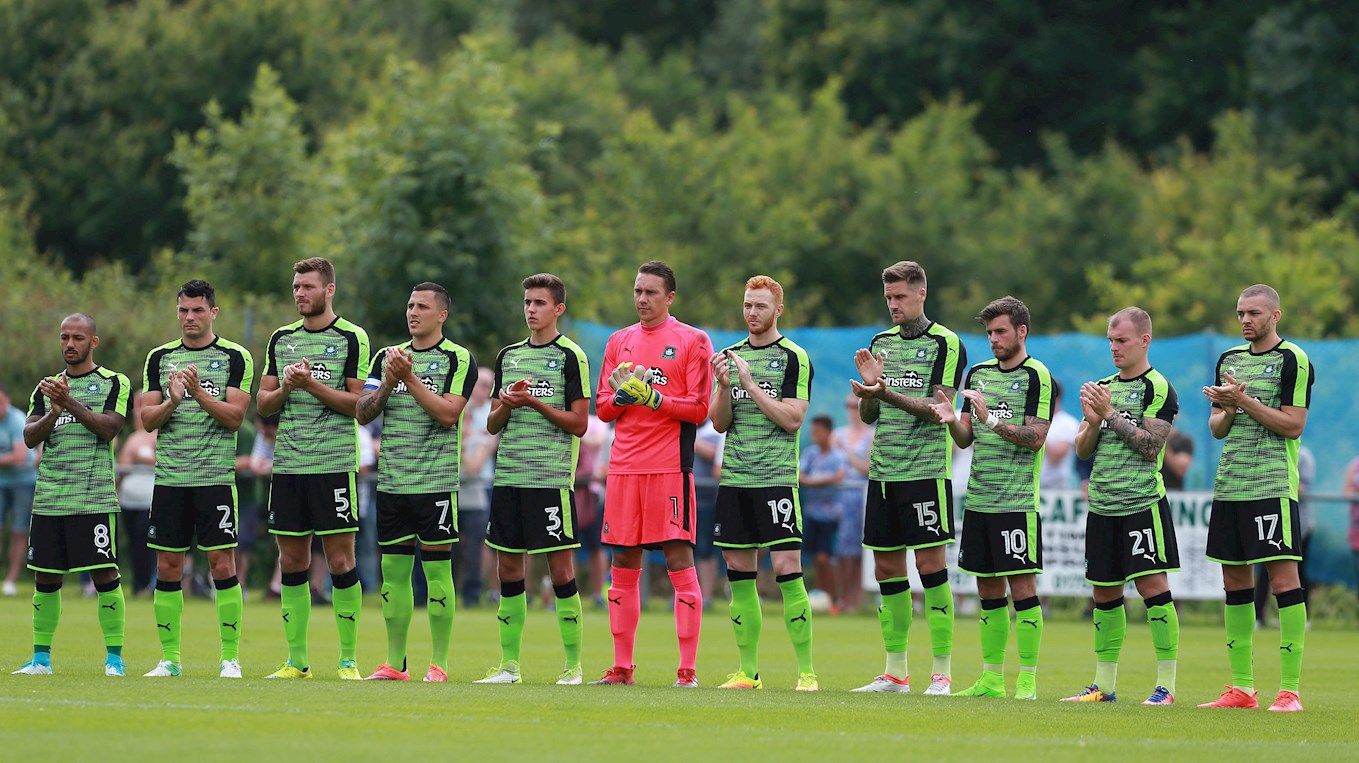 ARGYLE could have as many as five new faces in their starting line-up when they kick-off their 2017-18 season at Peterborough United in a landmark match for the club.

The Sky Bet League One opener at the ABAX Stadium is the Pilgrims’ 2,000th away EFL game, coming 97 years after their first – a 0-0 draw at Crystal Palace in same tier of the game in which Saturday’s protagonists will do battle.

Peterborough are relative newcomers to the EFL – they were elected into the old Fourth Division as replacement for Gateshead in 1960 – but have more recent experience of their current division than the resurgent Pilgrims, as Argyle manager Derek Adams acknowledged.

“Peterborough have changed a bit over the summer,” he said. “They have taken in a good number of players, like ourselves; are a team that have been able to stabilise themselves in League One; and are looking to push to get out of League One back into the Championship.”

Of the eight players who arrived at Home Park in the summer, all but central defender Ryan Edwards have experience of playing at League One level or above. Of the others, midfielder Jamie Ness is ruled out with the remnants of a calf problem; goalkeeper Robbert te Loeke is certain to start on the bench; and Gregg Wylde has previous as a Green.

That leaves another four close-season imports challenging for a place in the Argyle starting line-up at the ABAX Stadium: defender Aaron Taylor-Sinclair and midfielders Lionel Ainsworth, Joel Grant and Ruben Lameiras.

It is as intriguing to speculate what the Pilgrims’ back-to-League-One starting 11 will be as it is to what a well-observed Posh team will bring to the party.

“We’ve had them watched a good number of times, and analysed them, and we’ll do that for every team in the division,” said Derek. “We are prepared for what Peterborough are going to set out and play.

“We can also look at ourselves. We have added a good bit of strength in depth to the squad over the summer and that will have us in good stead for the rest of the season.”

Getting back on the road again will present no qualms for the Argyle squad after last season’s club-best 13 wins in their memorable season, and 1,300 members of the Green Army will be in Cambridgeshire to witness their first game of the new campaign.

Derek said: “I would think it would be very difficult to break a club record that we set last year but we’ll continue to try to pick up good points away from home because home and way form is vital for the success you are going to have.

“We’ve always been well supported, home and away. The away support has been very helpful for us. The number of wins we have had away from home has made their journey and effort and time and money a lot easier.”