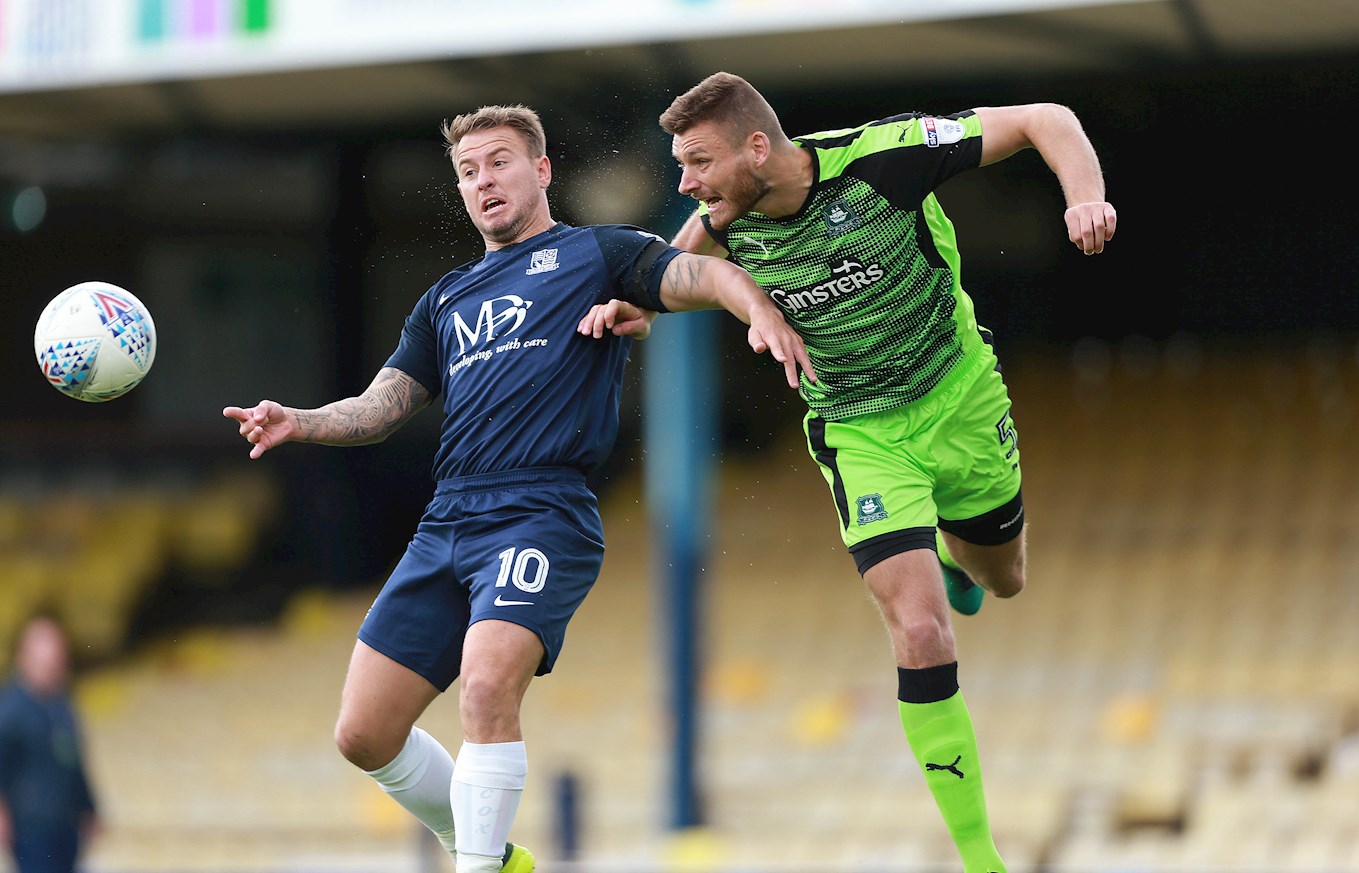 ARGYLE completed a full set of Sky Bet League One results, adding a draw at Roots Hall to their 2017-18 three-game haul thanks to a fine second-half display after they had again found themselves chasing an away match.

For the second successive game on the road, the Pilgrims went behind to an early goal scored by one of their own, Sonny Bradley knocking the ball past Luke McCormick.

It meant, bizarrely, that Argyle players have contributed twice as many of the opposition’s league goals which they have conceded than their opponents’ own men.

After regrouping, re-organizing and refreshing their line-up at half-time, rejuvenated Argyle quickly leveled when Ryan Edwards scored his first goal for the club, heading home a corner.

Argyle manager Derek Adams had, unsurprisingly, reverted to the starting 11 that had collected the Pilgrims’ first three points back in Sky Bet League One seven days earlier with a 2-0 home win over Charlton Athletic.

Although he had played the numbers game for the midweek Checkatrade Trophy tie against Chelsea, making nine changes, it always seemed likely that Adams would return to a side which formed the bulk of their opening two EFL matches.

Indeed, the only changes from the team which had begun the opening day encounter at Peterborough two weeks earlier were the inclusion of Gary Miller and Nathan Blissett at the expense of injured pair Ryan Taylor and Oscar Threlkeld.

If Argyle had a similar look to them as they had in their previous away league match, the game itself had an uncannily parallel start, with the Pilgrims going behind to a comparable early own goal from their left side.

Whereas Gary Sawyer had been the unwitting contributor at Peterborough, this time, Bradley was the man in the wrong place at the wrong time, inadvertently deflecting Jermaine McGlashan’s cross into his own net after the Southend midfielder had charged down Sawyer’s clearance.

Leonard was at forefront of most of what Southend did well, shooting just wide with a low shot full of technique and then teasing in a low pass with which Cox, at full stretch, just failed to connect.

At times, Argyle did not seem quite at it, but kept discipline, shape and nerve – especially at the back – and kept Southend out.

Given that base, they were always half a chance away from leveling matters and Nathan Blissett came close to equalizing when he battled well to win the ball off McGlashan and fired off a low shot that United goalkeeper Mark Oxley palmed wide for a corner.

Largely, though, the Pilgrims’ involvement at set-pieces was at the other end of the pitch, although they did not have too much trouble in dealing with them, with Bradley’s head proving a magnet for the ball.

When Southend did vary things, pinging one to Leonard at the far post, Blissett was on hand to clear the ball from the predatory Cox.

Adams clearly felt he needed to change things at the interval, and he brought on Lionel Ainsworth and Yann Songo’o for David Fox and Joel Grant, switching shape to match the home side’s 4-4-2, Jake Jervis joining Blissett up front.

The two big men immediately linked up well, with Jervis using his height to nod the ball into the path of Blissett, whose sharp and well-aimed shot just about stuck under Oxley’s body.

Ainsworth’s busyness on the right also gave Blissett a sniff of a chance, but he chose to lay the ball off, rather than have another dig, and Southend snuffed things out.

Argyle, though, were looking an altogether more potent proposition and it was only a matter of time before their pressing broke through. No surprise, either, that the equalizer came from a set-piece, Edwards matter-of-factly heading in a routine Graham Carey inswinger.

Southend bounced back up off the canvas and the game benefited as a result. League One is certainly proving an entertaining affair so far.

On the subject of entertainers, Carey was seeing more of the play from his wide-left second-half role, and he helped pile the pressure of the home defence, with Ferdinand doing especially well to head one of his crosses away from the lurking Blissett.

Southend’s desire was faultless, too, even if they were not creating as much, and Kightly might have done better than plant a shot into McCormick’s ribcage when well placed in the centre of goal.

Both sides strained for the breakthrough and Argyle needed all hands to the pump when substitute Theo Robinson half-beat McCormick to a ball outside the area. The Argyle skipper turned sweeper and spoiled the Southend man’s momentum as team-mates gathered around to crowd him out.

Southend were playing on the counter and nearly broke through when Kightly controlled the ball well and looked to have found space for a shot, only to be thwarted by, of all people, Carey.

The Pilgrims had to see off a couple of corners in injury-time, which they did so with a maximum familiar bodies-on-the-line defending, before claiming their share of an enthralling match.