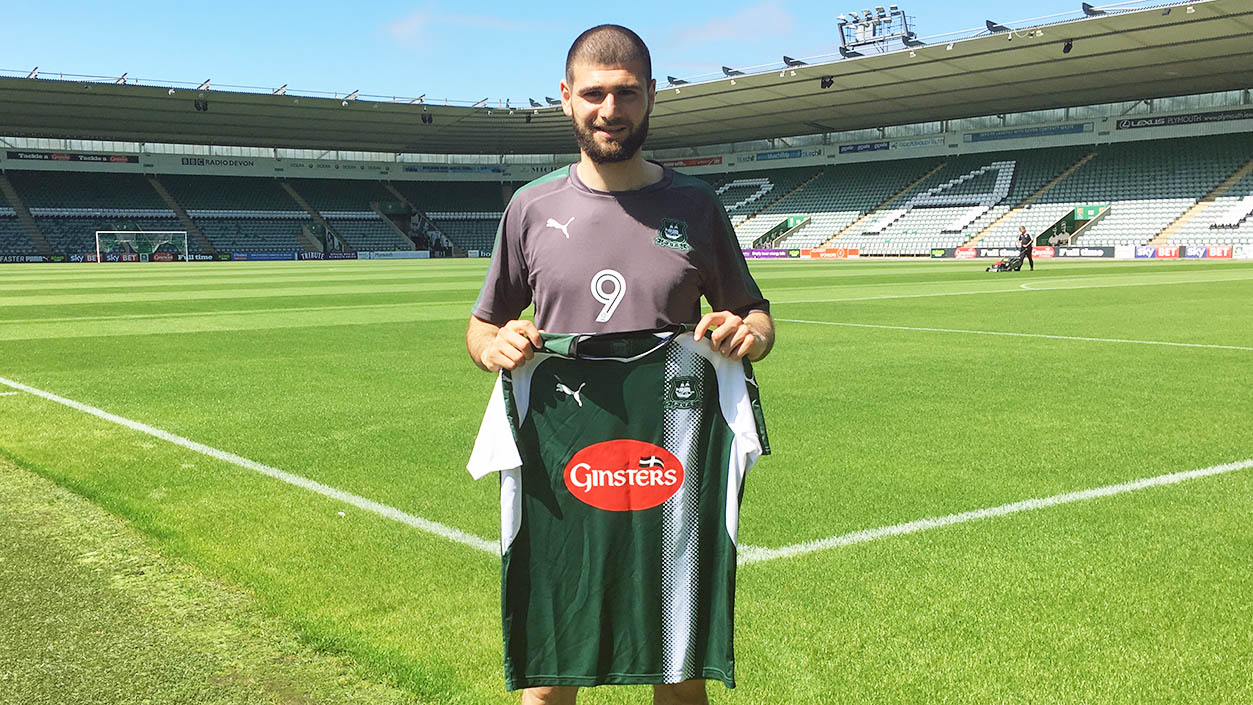 NEW Argyle No. 9 Nadir Ciftci has not come to Home Park to score goals – he wants to lay them on for his new team-mates, as well.

Nadir, 25, has joined the Pilgrims on a season-long loan from Scottish giants Celtic, having also previously played in the Premiership north of the border for Dundee United, as well as in the top flight in Holland, Poland and his native Turkey.

“I try to be skilful,” he said, after setting into his first training session as a Pilgrim. “I hope to score goals, but what I like to do most is to set up, rather than just score yourself, because I believe it is altogether, rather than just individual.

“I like to use the body and be strong, as well. Hopefully, I will bring that and a lot more in the coming games.

“I hope not to be too old school but hopefully I can do the physical part and, next to it, the technical side, as well, which I like the most. I will do my best.”

At times in his past, the physical side of his game has spilled over into the margins, and Nadir makes no apology for being a passionate footballer.

“I will always have the fire in my belly to do well and have the passion in me,” he said.

“I like the fire inside, but you have to be good on the pitch to help your friends with the fire that you have got and be good in a football way.”