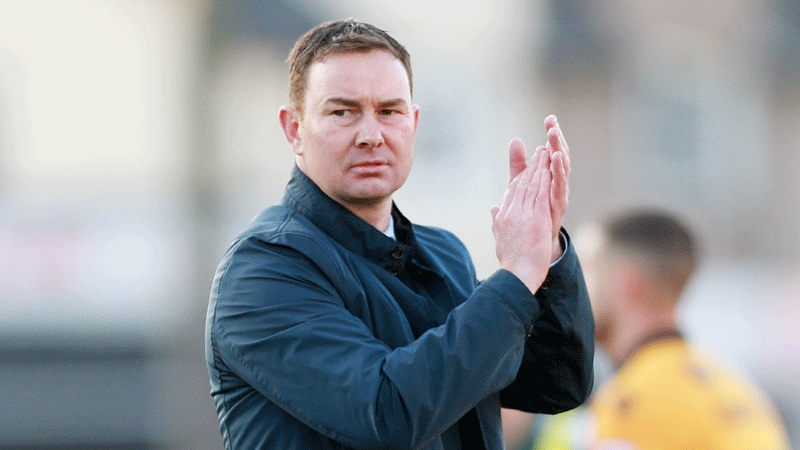 DEREK Adams had praise to give to all areas of his team, calling Argyle’s 2-0 win over Charlton Athletic “a perfect day”.

The Pilgrims are off the mark for their 2017/-18 Sky Bet League One campaign as, unlike their opening-day defeat at Peterborough United, they reaped the rewards for an excellent performance.

Both goals came in the second half, via Argyle’s most reliable source of strikes since Adams’ arrival at Home Park: Jake Jervis. The forward flicked in from close range on 53 minutes, before a superb solo effort three minutes from time put the game beyond doubt. Jervis and co. had to work hard for the victory, allowing the Addicks to have plenty of possession and holding firm, before being more clinical on the break.

“I’m delighted, obviously, to get our first win of the season – to win 2-0 against an excellent Charlton team that’ll do well this season,” said Adams.

“Everybody knows with my teams that we like to not give a lot of space to the opposition team, but we like to play on the counter attack and we’ve done that today.

“We have players in and around the squad that can score goals, but we’ve got players who have a good knowledge of the game. They work hard and they want to defend, but not only that; going forward we created a lot of good opportunities as well.

“The all-round performance was excellent. We sat in; we sat deep and allowed Charlton to have the ball in areas that we didn’t felt they were going to trouble us. We had Luke McCormick make an outstanding save in the first half, and all in all, it was a perfect day for us.”

Indeed, as Derek mentioned, things could have been very different, if not for the efforts of McCormick in the first half. Luke made an outstanding double save while Charlton were in the ascendancy, allowing the tide to turn in Argyle’s favour after the break.

“It was an unbelievable save,” said Derek. “He’s parried the first one down and the opportunity came back again for the player, and it was terrific reflexes.

“It was a top save. [I don’t know] how he was able to get his hand to it and tip it onto the bar – but that’s what Luke McCormick is very good at. His reflexes are excellent.”

The Pilgrims picked up their first three points in English football’s third tier since April of 2011, defeating MK Dons. The manager the opposition that day? Charlton’s current boss, Karl Robinson. Like the Posh the previous weekend, Robinson’s side were impressive, but Argyle are already showing that they can throw punches with the division’s best.

“I think it’s very important that you get up and running,” said Derek. “It’s a tough league; we’ve seen that by the results today. We’ve played against two very good teams in Charlton and Peterborough, who’ve both been in the Championship before, one been in the Premier League, and we’ve acquitted ourselves well.

“I haven’t been disappointed with the start of the campaign, because against Peterborough we played very well and we should’ve won the game. Our league campaign is the most important thing, and we look forward to next week against Southend.

“This was the important match. We’ve got a long campaign and our first home league game of the season was important. I rested a lot of players for it, and they thoroughly deserve the praise they get today, because I’ve been able to rest them and get them ready for this match.”