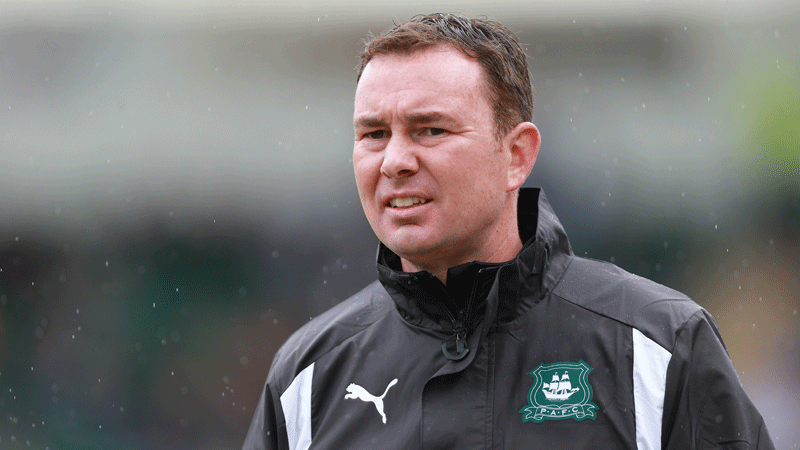 IT has been very much business as usual for Argyle this week as they seek to bounce back from Saturday's Sky Bet League One home defeat by Scunthorpe United.

The 4-0 scoreline was, by most accounts, an unfair reflection of a match which began to drift irrevocably away from Argyle following the sending-off of Antoni Sarcevic in first-half stoppage time after a clash with United forward Paddy Madden.

"We have to move on," said Pilgrims' manager Derek Adams.

"It's disappointing how the incident came about; disappointing for Antoni himself; and disappointing because the game does change on that decision. We were going to find it difficult to get back into it after that.

“When they scored their second goal, it deflated us a wee bit because we were on top of the game.”

That is more or less as much heed as Derek and his players will be paying to last Saturday as they focus on next and their visit to Walsall, whose three-match unbeaten run most recently included a high-scoring draw at Bradford City.

“We are in good spirits,” said Derek. “We don’t change our attitude from week to week."

Neither the routines. Whilst the August Bank Holiday weekend sun streamed down on the Westcountry, Argyle's players were sweating it out at Home Park in preparation for their visit to the Midlands.

Derek said: “We’ve played against a lot of the top teams in the division; we are going to play a side who drew 3-3 on Saturday against a team who has been in the play-offs."

The Saddlers' selection will be affected by international call-ups, although Derek does not see this as necessarily advantageous to his team.

He said: “We’ve got Antoni Sarcevic suspended; we've got Oscar Threlkeld and Ryan Taylor out injured, too.

“So I think we’ve got more experience out of our squad than they have because of international duty.”