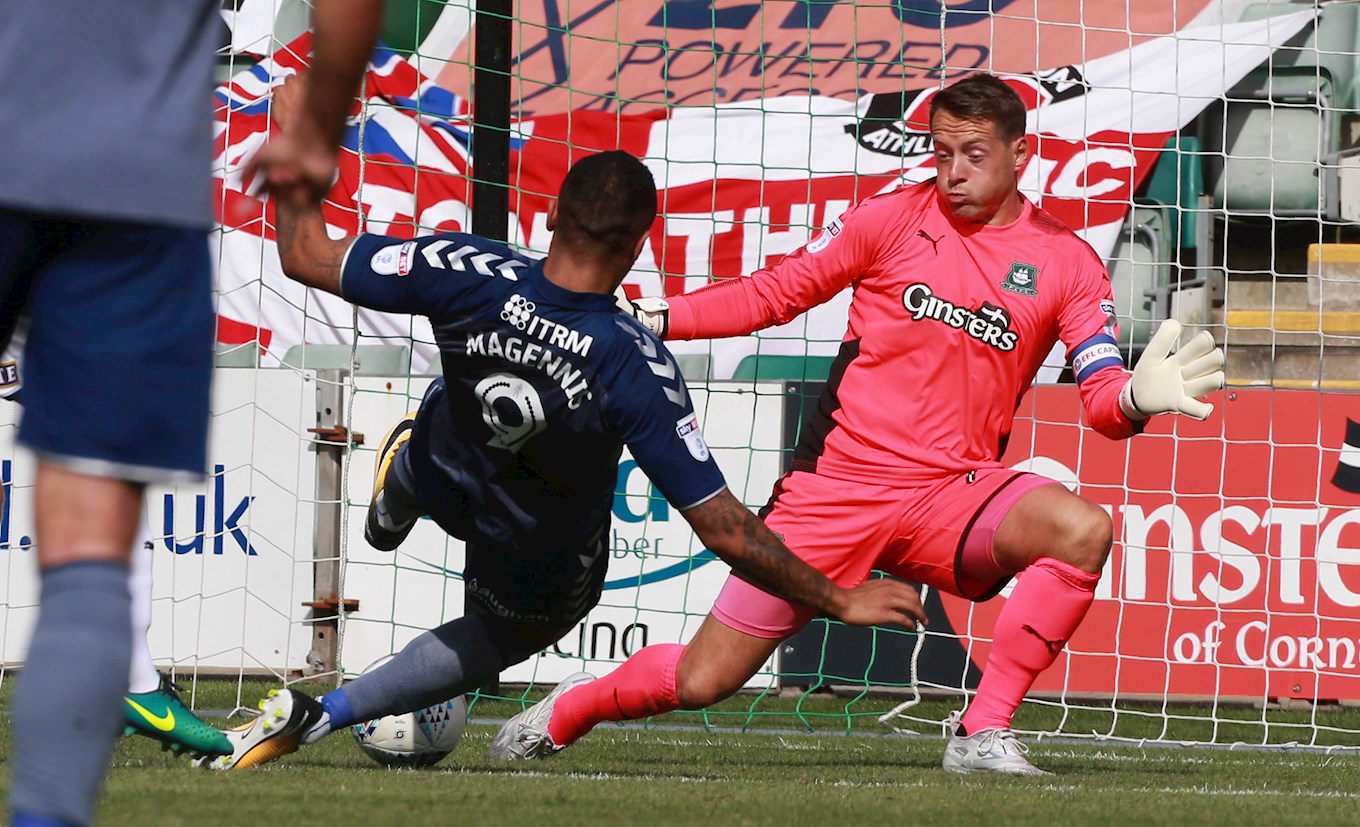 ARGYLE match-winner Jake Jervis joined the massive chorus of tributes to Pilgrims’ goalkeeper Luke McCormick after they beat Charlton Athletic 2-0 in the first Home Park game back in Sky Bet League One.

Club skipper Luke pipped Jake to the man-of-the-match award thanks to a fine overall performance and one magnificent save when the score was still 0-0. After diving to his right to palm away Billy Clarke’s powerful low shot, he was quickly on his feet as Josh Magennis pounced on the loose ball and turned the Charlton forward’s fierce shot from three yards on to the crossbar.

“Luke has set a precedent, making that save,” said Jake. “That’s kept us in the game, given everyone a boost.

“That’s what Luke’s done since I’ve been here and he’ll continue to do that. He’s kept us in it and we’ve done well off the back of it.

“He’s nice and calm in the changing-room as well; he gets the boys settled down if everyone’s a bit panicky or something like that. In terms of being a captain, he’s been excellent since he’s got it.

“As a goalkeeper, you don’t have to question him at all; off the pitch, he’s helping all the new boys, as well.”