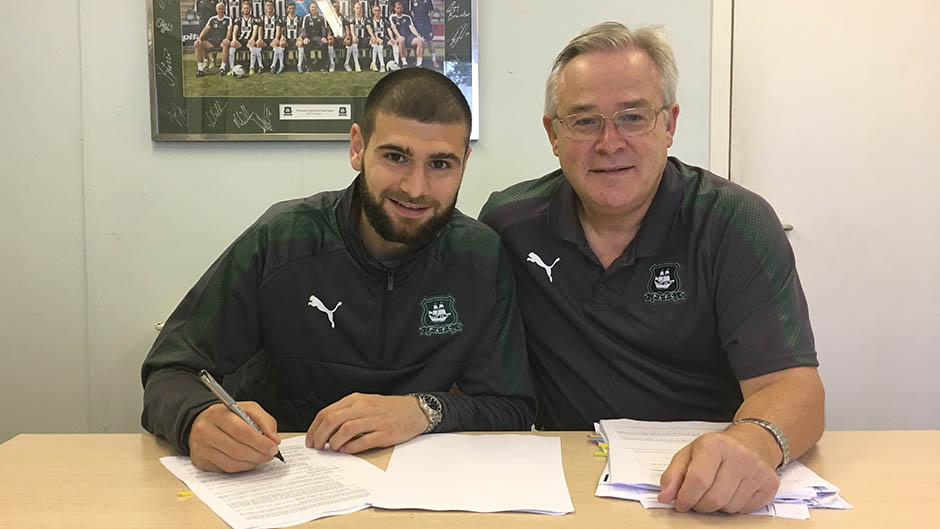 Turk of the Town

ARGYLE have completed the signing of Celtic forward Nadir Ciftci on a season-long loan.

The 25-year-old arrives at Home Park after having played in the top flight, not only in Scotland, but also in Holland, his native Turkey and Poland.

Nadir has also played the EFL Championship for Portsmouth, who signed him for a five-figure sum as a 15-year-old from Dutch side Den Haag's youth set-up.

He graduated to the professional ranks at Fratton Park in 2010, scoring on his first two starts for the Hampshire side and going on to make 22 appearances, most from the substitutes' bench.

After turning down a new contract at the end of the season, Nadir signed for Turkish top-flight club Kayserispor and made 11 appearances before joining Dutch Eerste Divisie side NAC Breda in August 2012.

The following season, after seven appearances for Breda, he moved the Scottish Premiership, joining Dundee United on a two-year contract.

His first league goal for the Terrors came in a 4-2 away win against Argyle manager Derek Adams' Ross County and he went on to finish the 2013-14 campaign with 17 goals from 40 appearances as United finished fourth in the league and reached the Scottish Cup final.

The following season, he again opened his account against a Ross County side that contained Graham Carey and Jake Jervis, who scored for County in a 2-1 defeat that was Derek's last league game in charge of the Staggies.

Nadir ended the 2014-15 season with 16 goals, earning himself a £1.5m transfer to Celtic, with who he had earlier been involved in a bad-tempered Scottish Cup tie during the campaign.

The move to Parkhead saw him feature in Champions' League, Europa Cup and Scottish Premiership games at the beginning of the 2015-16 but halfway through the campaign, after four goals in 22 matches, he was loaned to Turkish Super Lig Eskişehirspor.

After four goals in 12 games, Nadir returned to Celtic and made four appearances for the Glasgow giants before going out on loan again in the second half of last season, to top-flight Polish club Pogoń Szczecin, for who he failed to score in eight matches.

He has not featured in any of Celtic's nine league and cup matches this season and now comes to Home Park looking for a fresh start and to rediscover the form that first drew him to his new manager's attention.

The loan is subject to the necessary paperwork being completed.