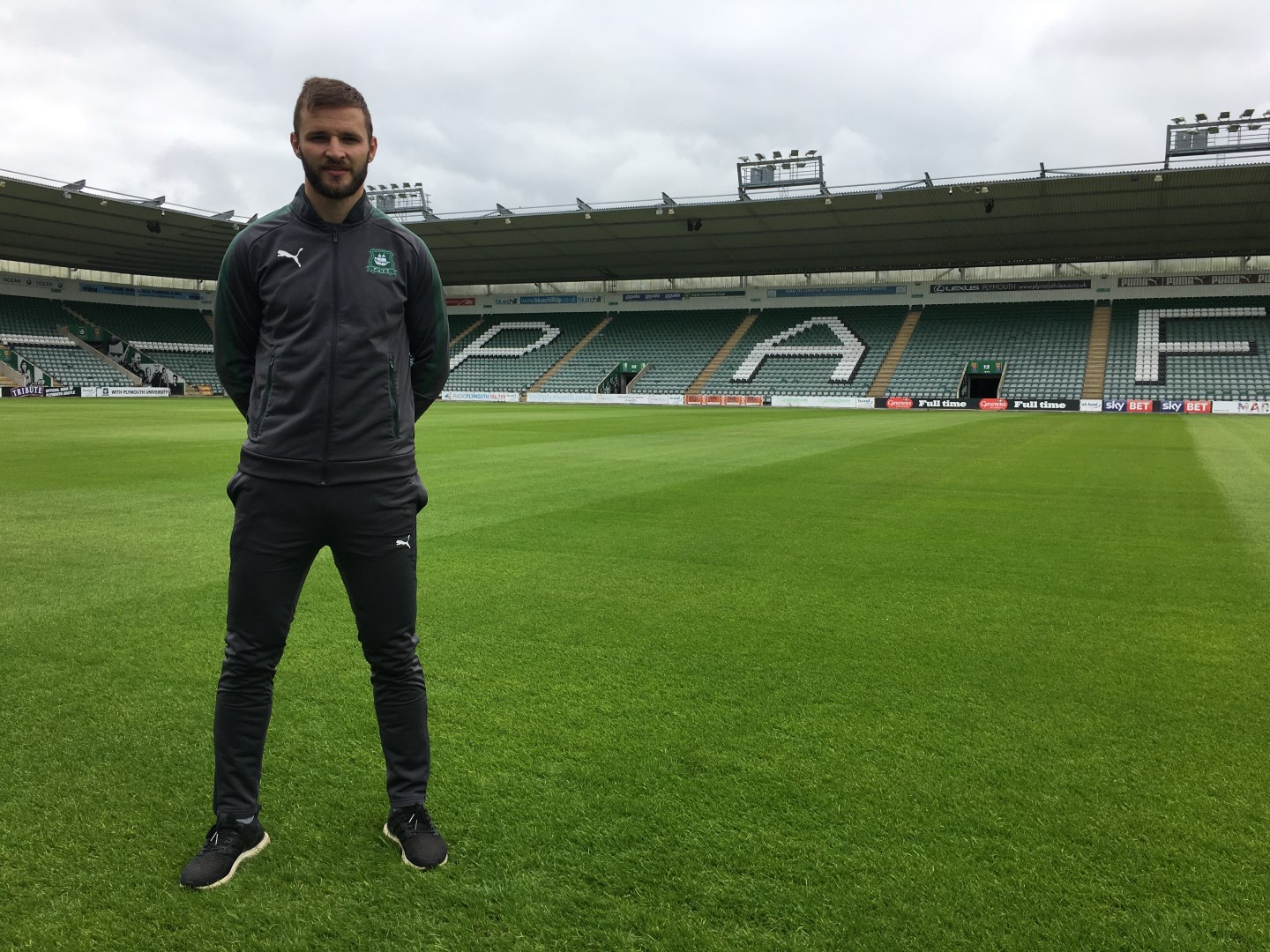 JAMIE Ness believes that Argyle have what it takes to compete in Sky Bet League One.

The Scottish midfielder completed his first 90 minutes after a pre-season calf-injury when he lined up against former club Scunthorpe United at Home Park.

Although United took advantage of Antoni Sarcevic’s red card and some indifferent Argyle defending to clock up a 4-0 victory, Jamie feels there is enough quality in Derek Adams’ newly-promoted squad to make an impression on the division.

He said: “It’s very early days. We’ve got a lot of new players and it will take time to settle. But I think, week by week, the lads are getting to know each other better, know each other’s game – it was the first time I’ve played with some of the lads – and I feel like we’ve got a good squad to compete at this level.

“But it’s all about hard work in League One. The teams that tend to do well are organised and work hard so we need to keep doing that and then hopefully our ability will shine through.”

Jamie’s first start came after the cameo of all cameos in the Pilgrims’ 2-0 victory over Charlton Athletic two weeks earlier – the final whistle was blown 13 seconds after he came on as a late, late substitute.

“I’ve been itching to get out on the pitch, having missed quite a bit of pre-season,” he said. “I’ve had to do a bit catching up and put in a lot of hard work, but it’s all been worth it to be back out there.

“I felt fit so, obviously, all the work we’ve done with the physios and, in the last few weeks, with the team, has prepared me. I only want to build now, performance-wise.”