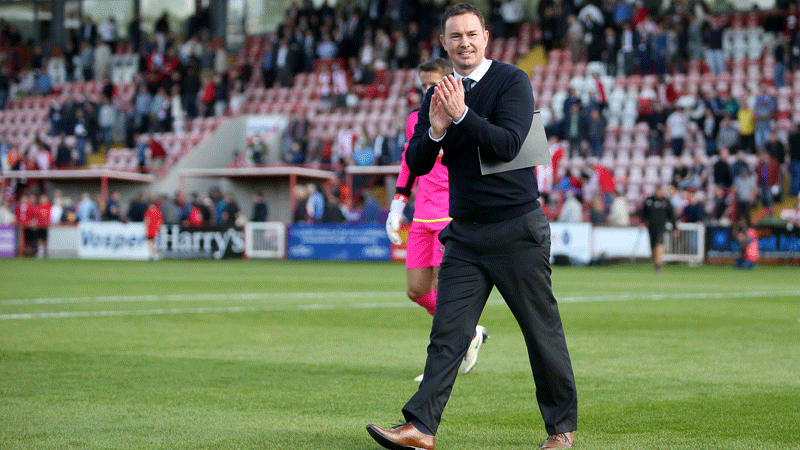 While the Flame is Strong

ABBA may be a support act to the Young Ones on Tuesday night, when Argyle take on Chelsea Uunder-21s in the Checkatrade Trophy.

The Green Army will have the opportunity to see, not only their Home Park heroes, but also the Premier League champions’ multinational developing talent when the Blues roll into the Theatre of Greens.

The match kicks off at 7pm, with the club laying on a pre-match array of fun and games outside the Devonport end for young Pilgrims who are coming to watch the stars of tomorrow today.

Argyle manager Derek Adams welcomes the initiative and is looking forward to the first contest in an interesting Checkatrade Trophy group that also includes Exeter City and Yeovil Town.

“They’re coming along to support their football club,” he said. “The younger fans will see a Premier League club come to Home Park and it’s good for them to see younger players progressing, as well as the opportunity to see our first-team players playing at home.

“It’s an earlier kick-off, so they’ll get home to bed earlier, and the ticket prices are of good value.”

Up to three children can attend the game for free if they are accompanied by an adult who buys a ticket from the Home Park Ticket Office. Otherwise, admission is £8 for adults, £4 for concessions and £1 for under-18s.

“It will be a test,” said Derek. “Last year, we went to Swansea and they gave us a test. They put in a few experienced players – [Jack] Cork played in that game and he got a £10m pound move to Burnley; Naughton played as well, and he plays regularly for the first team.

“They’ve obviously got to take a good number of their younger age-group and they can put in four over-agers, as well, so it depends if they take up that allocation of players or they go with the players that played against Man City [in Premier League 2] on Friday night.

“We watched the game to give us a brief outline of the type of player that we were going to come up against, and the formation, as well.

“They are talented, technically very good, players who like to pass out from the back; a 3-4-2-1 played in a way that a lot of Academy teams do.”

Although the opening stages of the competition are a group round-robin, all draws will go to a penalty shoot-out, with the winner of a post-match contest being awarded a point extra to the one taken from the drawn match.

Which is where ABBA might take to the stage.

ABBA is a the acronym of a reformed format for penalty kicks being trialed by the EFL in all their competitions this season.

The EFL is supporting the trial of by introducing the new ‘ABBA’ penalty shootout formula into EFL competitions, including the Checkatrade Trophy, this season.

Derek said: “Over the years, they’ve tried to improve and add to the excitement of the game. We’ve got to try new things and, if we do that and it’s a success, then we continue with it; if not, we go back to the old system.”