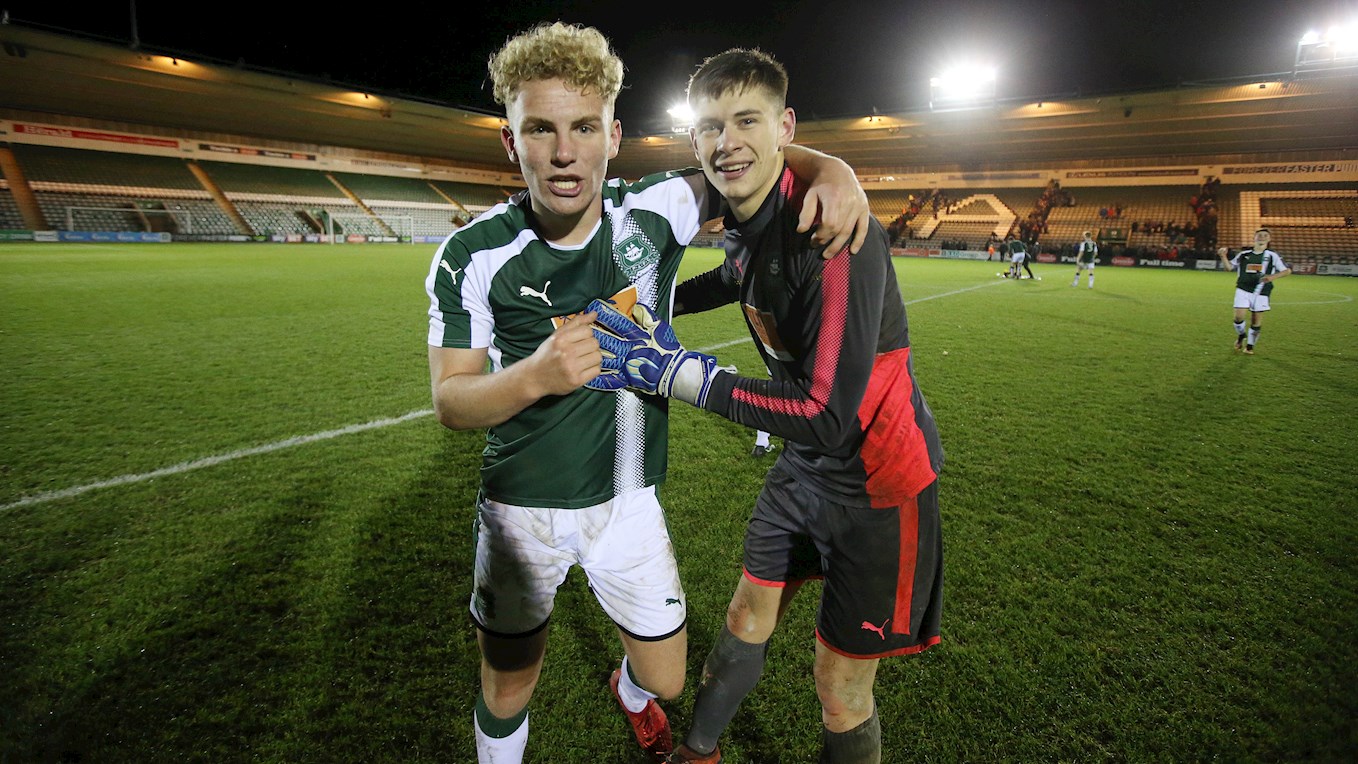 ARGYLE’S Academy side continued their great week by winning their own version of the Devon Derby.

The Under-18s won 1-0 against Exeter City in their latest EFL Youth Alliance at Harper’s Park, following on from their historic win over Manchester City on penalties in last week’s FA Youth Cup tie.

A goal from Harry Downing in the opening quarter of the match put the Pilgrims in a lead the young Grecians were unable to pull back from.

The first half of the match showed that both sides were equally holding possession and creating multiple chances for themselves.

An early chance came from Argyle’s Exeter-born Tom Purrington 12 minutes into the game but there was not enough power on the ball for it to hit the back of the net and instead it played into the ‘keeper’s hands. Exeter fought back just as much, creating several chances and winning corners, but Argyle defence kept them at arm’s length.

It was then, in the 23rd minute, that Argyle pushed themselves enough and got into the lead, scoring via Downing, whose effort slipped past the goalkeeper and hit the back of the net.

In the 42nd minute Exeter nearly pulled off an equaliser as they had a shot on target, but it did not  faze Michael Cooper who made a brilliant save in order to keep the score-line in Argyle’s favour.

Into the second half, both teams came back fighting and keeping up the equal possession.

In the 75th minute, Elliot Crawford crossed the ball to Rio Garside at the back post, whose header was on target but Exeter’s ‘keeper Felix Norman pulled off a fantastic save. The ball then fell to Garside’s feet again who kicked it back, hoping it would reach one of his teammates, but it was deflected away, much to his disappointment.

The Grecians were unable to get themselves a goal back, so the game ended 1-0 to Argyle.

Academy Director Kevin Hodges said: “It has been a good week for the Under-18s.

“The pleasing thing for me was, following the previous result, we were a lot more competitive and better organised defensively.

“It was a close fought game and obviously a local derby so it was a very pleasing result.”