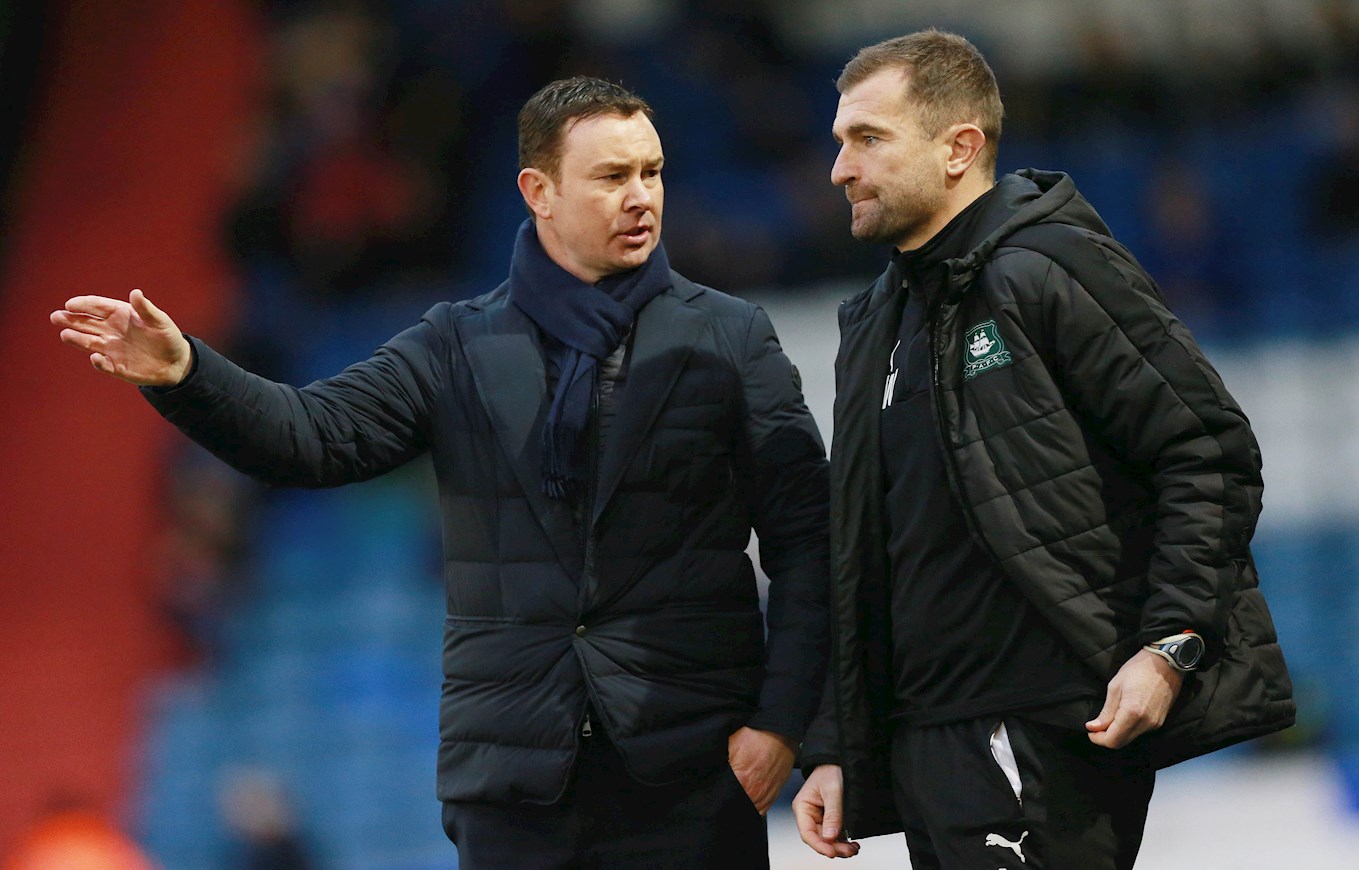 UNDISPUTABLE was the way that Derek Adams saw his side’s 4-1 victory over Oldham Athletic – a dominant display that saw Argyle climb out of the Sky Bet League One relegation zone.

The Pilgrims further improved on this season’s record at Home Park and continued a run of form that defies their league position, as fellow strugglers Oldham were brushed aside in double-quick time. The boss himself gave as concise a summary of the game as we ever could.

“It was a comprehensive win for us today”, said Adams. “A very good performance and thoroughly deserved.

“We started the game well. We scored two quick goals in six minutes from Toums [Diagouraga] and [Graham] Carey. Then, in the second half, they got back into the match, but quickly after that, a great header from Ryan Edwards makes it 3-1, and we score with Jake Jervis’ first touch of the ball to make it 4-1.

“Over the afternoon, we had a lot of chances. We could’ve scored a lot more goals. Oldham came into it in the second half but, in the 90 minutes, no-one could dispute that we were by far the better team.”

The Greens were energetic and threatening from the opening whistle, allowing them to dodge Athletic’s own attacking threat and exploit weaknesses in defence. The gung-ho visitors falling behind so early on gave Argyle the chance to play on the counter and put the game beyond them. It was a chance Derek’s side took full advantage of, pushing them right into the scrap to escape League One’s crowded relegation battle.

“It’s important in this division,” said Adams on starting games quickly, “because we know that teams want to go forward and play in a way that sometimes is off the cuff. Oldham do it. They get bodies forward and try to get a goal, but they leave space. When they leave space, it gives us the opportunity to play on the counter attack and score goals.

“It always is [important] to win against the teams are around about you. We’ve been able to close the gap between a lot of teams today. We’ve gone above a team as well, and we’re four points off 12th position. That shows you how tight the league is, and it’s going to be that way for a good number of weeks.”

For the second home game in a row, a five-figure crowd watched the Greens seal a vital victory, with the Green Army receiving an early present for Christmas period. In strong form and full of confidence, Derek now wants his team to continue to provide fans with festive cheer, with three more games in a week coming up.

“It’s always important that you try and win your home games,” said Derek. “We always do well away from home; we were two minutes away last week from winning as well, so we feel we’re in a good run of form.

“We’re away to MK Dons and then away to Blackpool. It’s long journeys for us, but the fans were all here today. They’ve gone home happy into the Christmas period. Three points, as I keep on saying, is vital in this league, and we’ve been putting points and wins on the board for a period of time now.”