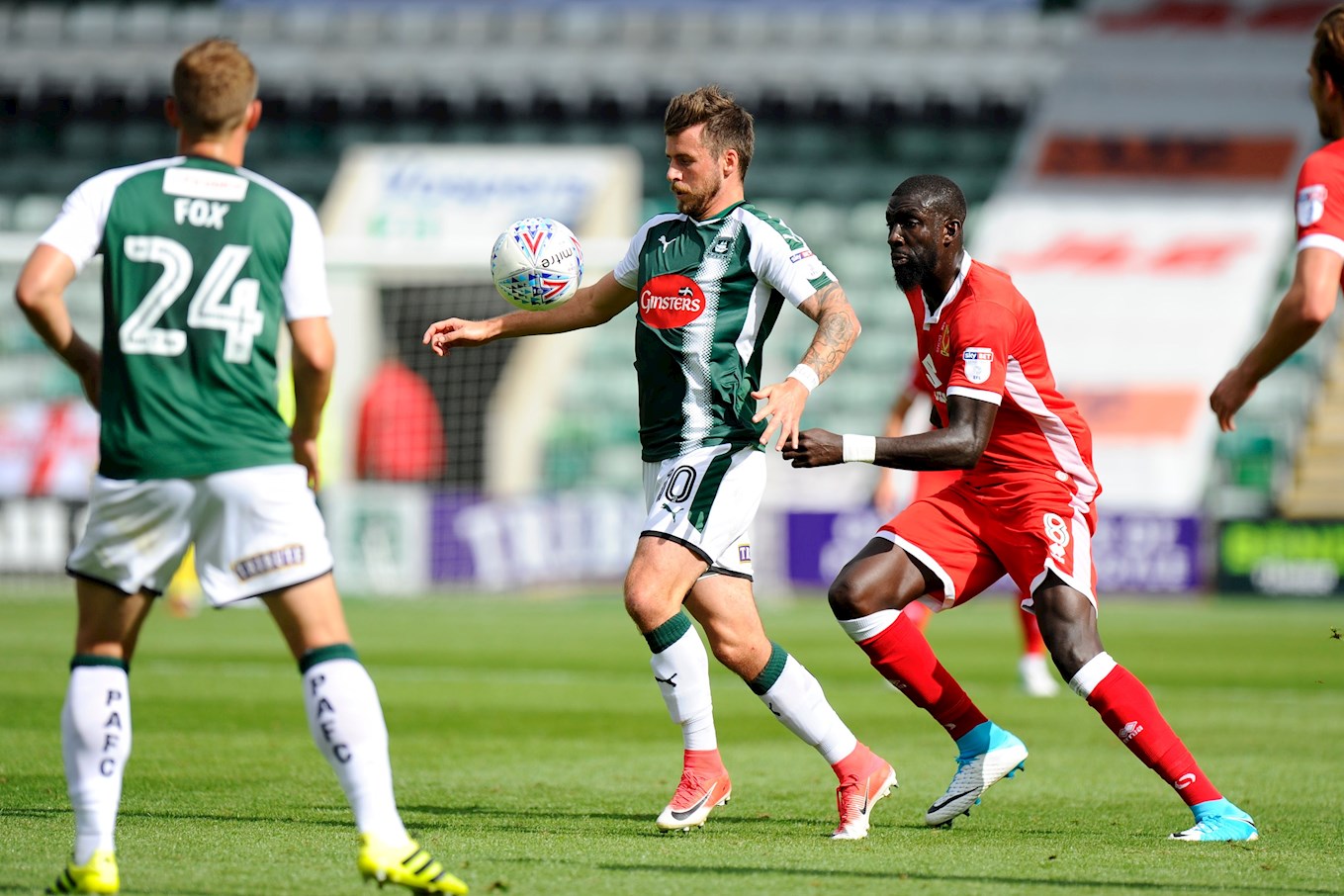 WHEN, in the aftermath of the Pilgrims’ 4-1 dismantling of Oldham Athletic, Ryan Edwards talked about ‘owing one’ to Milton Keynes, it was not a grudge-bearing remark.

Rather, the Argyle centre-back was recalling the painful Sky Bet League One defeat inflicted by the Pilgrims’ Boxing Day opponents earlier in the season.

Like most of Home Park in early September, Ryan left the ground embittered that the Pilgrims’ considerable efforts to pull back Aidan Nesbitt’s goal, which itself came against the run of play, had come to nothing.

The resent was heightened by the fact that Argyle’s strenuous unrewarded efforts had come from ten men after Graham Carey had been sent off with an hour of the match still to play.

The Pilgrims’ chances were numerous and included a free-kick from Nadir Ciftci that hit the crossbar, but the goal they felt they deserved just would not come.

Looking to redress the balance, they head to a venue at which they have never lost. Indeed, where they have a 100% win record and have scored three times in every victory.

The Pilgrims have visited Stadium MK just once before, in January 2011, when Argyle were on their way to relegation from League One and Milton Keynes boasted the best record in the division.

Boosted by Rory Fallon’s return from a loan to Ipswich, they won 3-1 with goals from three players who, up until that point, had not managed one between them all season.

They were all stunners, too.

Defender Onismor Bhasera opened the scoring with a quality strike that Kari Arnason topped to double the advantage doubled the advantage before dear old Baz put the ball in the net again, this time past his own goalkeeper, David Button.

It was left to another breathtaking goal, from Arnie’s midfield colleague Chris Clark, to give Argyle the breathing space they needed to see out the win.

Milton Keynes’ win at Home Park earlier in this season’s campaign kicked off a run of four victories in six matches for the Buckinghamshire side.  Since that came to an end, however, they have not enjoyed the best of form.

Apart from knocking non-league Maidstone out of the FA Cup, the last time they won was on November 11, when they beat Fleetwood Town 1-0 at Stadium MK.  In the matches which have followed, they have drawn at home against Southend United (1-1) and Shrewsbury Town (1-1) in Sky Bet League One, and lost 4-0 to Chelsea’s youngsters in the Checkatrade Trophy.

On the road, they have drawn league games at Charlton Athletic (2-2) and Scunthorpe United (2-2), as well as losing at Doncaster Rovers (2-1) and Rotherham United (2-1), last time out.

Going further back, though, the Fleetwood victory ended a run of five winless league matches, including a 4-1 defeat by Bradford City at Stadium MK and home draws with Walsall (1-1) and Oldham Athletic (4-4), meaning they have won only one of their last 12 League One games, and lost five.

Argyle’s draw at Rotherham United in their last road-trip, thanks to the home side’s injury-time equaliser, brought to an end a run of three consecutive away defeats across three competitions (Portsmouth 1-0, League One; Yeovil Town 2-1, Checkatrade Trophy; Bradford 3-1, FA Cup).

Before that, they had gone three unbeaten league games on the road (1-1 v Blackburn Rovers; 1-0 v Wimbledon; 1-0 v Bradford) so they have picked up eight of their ten away points this season in their last five away matches.

Overall, they have suffered just two defeats in their last 11 matches, and one of those came when they were reduced to ten men.