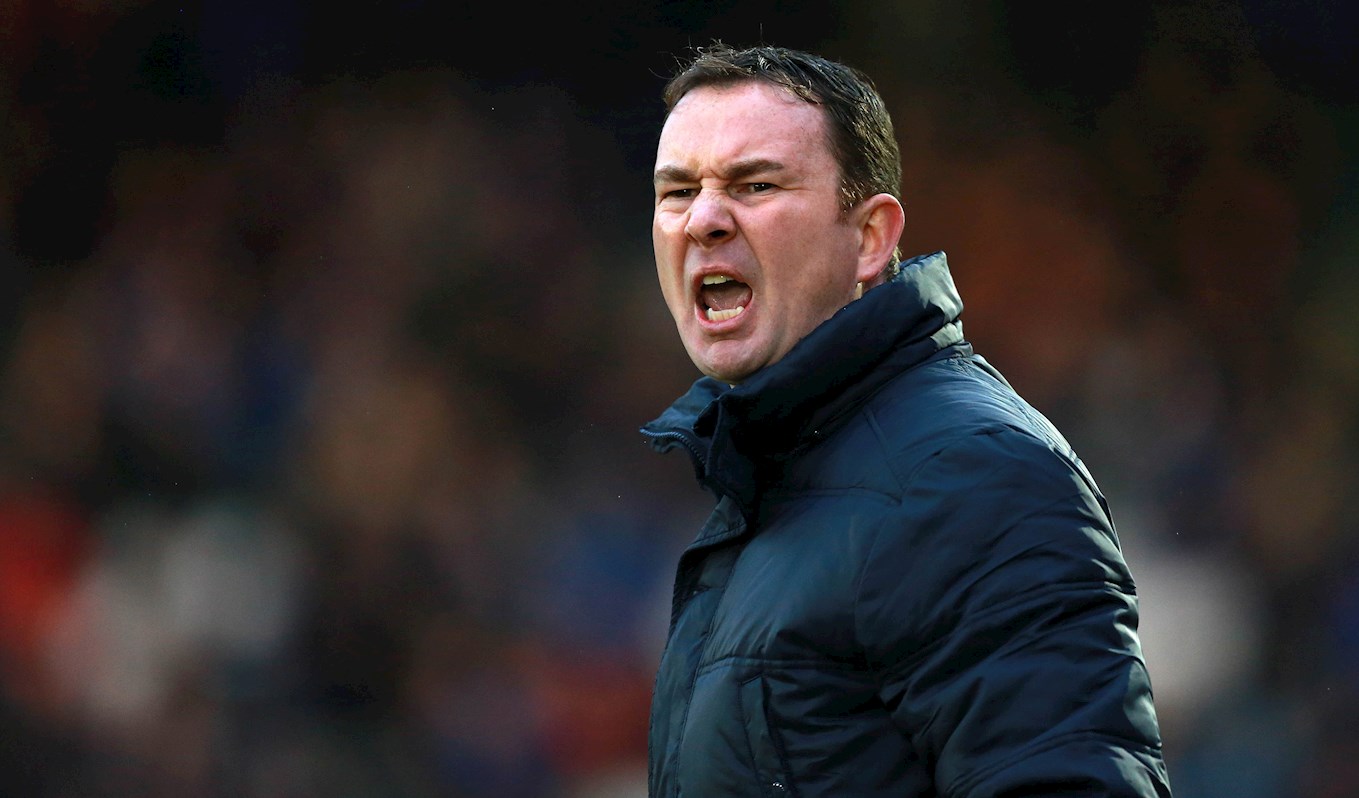 DEREK Adams guided his Argyle side closer to Sky Bet League One safety with a 2-1 win over Gillingham; a match that he believes was huge for both sides.

After waiting over three months for a home win in the league, the Pilgrims now have consecutive victories at Home Park, thanks to a slow-starting match that rose to a dramatic denouement.

Argyle were able to strike first, as Joel Grant latched onto persistent play from Ryan Taylor in the 55th minute and slotted home in front of the Devonport End – a lead they deserved, according to the boss.

“I thought at times in the first half," said Derek, “some of our play was very good. Then in the second half, we got at them and Jake [Jervis] opened up his legs on a number of occasions.

“Over the 90 minutes, we were better than Gillingham. We controlled the game for large spells, and when we went 1-0 up, for us, it was a perfect way of finishing off the move for Joel to score the goal.

“I thought we deserved, over the 90 minutes, the three points.”

Those three points looked to have slipped away from the Greens, though, as an outstanding goal from Tom Eaves levelled the game on 84 minutes. A number of Gills fans felt that was the least they deserved, after an Eaves effort in the first half that was eventually gathered by debutant goalkeeper Kelle Roos left many claiming it had crossed the line.

“I don’t think anybody was close enough to it to say,” said Adams on the incident. “Obviously I haven’t seen the footage, so I couldn’t give you a right answer.

“We allowed them back in the game when we were 1-0 ahead. We give away a stupid free-kick and then, quickly, they take the free-kick and get themselves back into the match, needlessly from our point of view. It was disappointing, because they didn’t look like they were going to score.

“It just got a wee bit like a basketball match at times. That’s not something that we wanted. Credit to Gillingham: they got the ball forward. We did give away some bad corner kicks and free kicks away, allowing them to put pressure on us.”

However, the importance of the game and the support from the Green Army spurred Argyle on to find an 90th-minute winner, from a somewhat unexpected source. Toumani Diagouraga netted his first goal for the club in the final minute of normal time, striking home from close range at the second attempt and fulfilling an expectation set upon him by his manager.

“I was saying to him just before the game: he needs to score more goals from that position,” said Derek. “He’s been able to get the ball over the top of the defender’s head and slot it in. To score the late goal is always important.

“It was a big game for both clubs today, because we knew we were able to go level on points with Gillingham today. We were able to close the gap between the teams above us, and we’ve done that today. Gillingham were the same. If they picked up the three points, they would’ve put themselves in a very good position.”

It was a big afternoon in many ways for the club, with what felt like a key victory taking place in front of over 11,000 fans. Argyle’s annual DJM Takeover day, with thousands of youngsters cheering on the Greens, hosted a memorable afternoon that saw their team leap much closer to League One safety.

“There was over 2,500 of them, so from the club’s point of view, it’s a very good initiative,” said Adams on the DJM Takeover. “It happens every year now, and you see the future supporters of the football club coming here. They’ll be going home happy, too, because their team has won.

“It was a very big win for us today. Three points is massive in this league and we’ve been able to get them. We’ve looked at the league table and we’re closing in on a lot of teams now.”