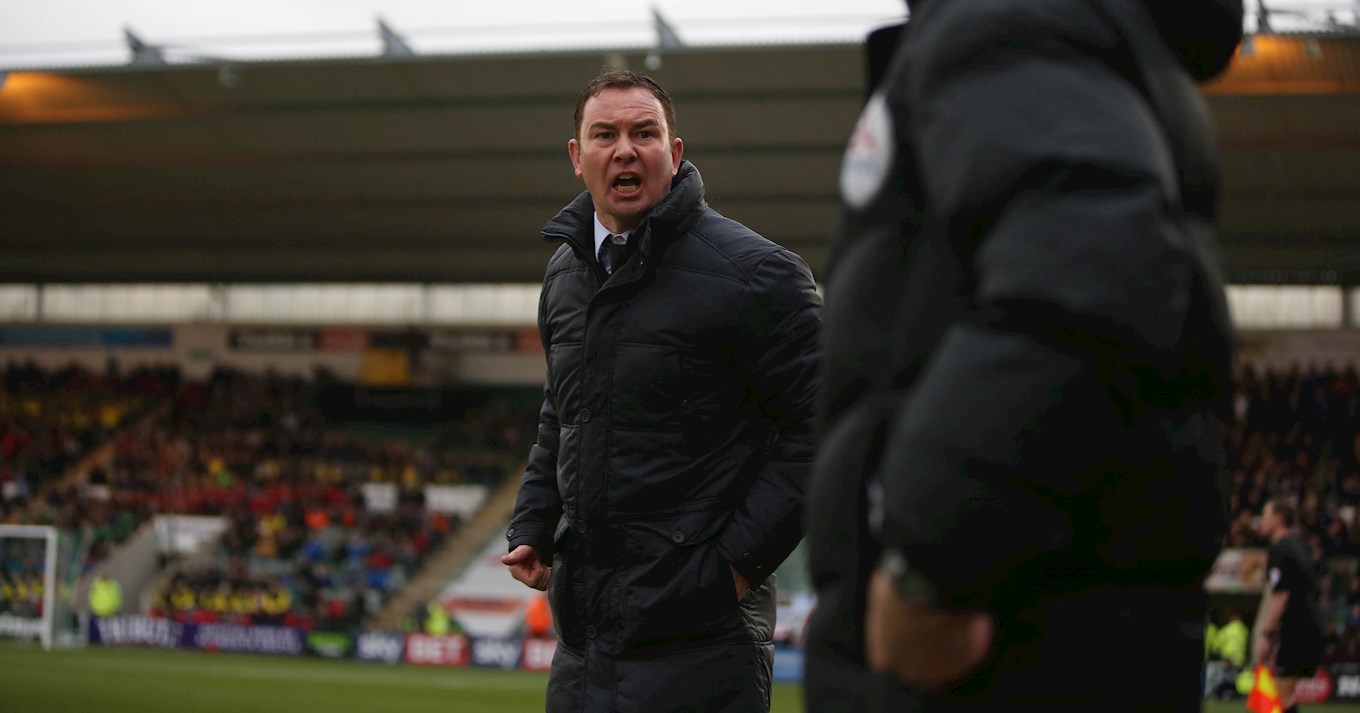 A PAIR of unfamiliar faces to the Argyle line-up this season book-ended the team in their 2-1 victory over Gillingham, with a returning striker and debutant goalkeeper impressing manager Derek Adams.

The unexplainable goalkeeping curse struck again in the build-up to this key game against the Gills, with Luke McCormick re-injuring his ankle and leaving Adams scratching for a third emergency loan shot-stopper of the season – before even the half-way point of the campaign.

In came Kelle Roos from Derby County, barely 24 hours before the Gillingham match, but the Dutchman certainly played his part in an important Argyle victory. After goals from Joel Grant and Toumani Diagouraga – either side of a Tom Eaves goal – put the Pilgrims 2-1 up, Roos produced a number of saves to guide his new side over the line.

“He’s injured the same ankle again,” said Adams of McCormick. “He tried to save a shot with his foot in training on Thursday morning, and I had to go and get a goalkeeper on Thursday afternoon. I wasn’t too happy, to say the least.

“We don’t know the extent of the injury just yet. He’s had a scan today. We’ll look at the scan and hopefully have an opinion next week.

“There’s nothing we can do about it, but it left me an afternoon with me, my staff, my chief scout and everybody trying to get a goalkeeper in. We don’t have any professional goalkeepers fit at the moment, which is strange, but that’s the way it goes.

“Derby County were very good with us, and so was Kelle. He’s got experience of playing with Derby and Port Vale this season, and he’s also been at Wimbledon as well.

“It’s not easy. He doesn’t know anybody; he doesn’t know any of his teammates. He made a number of good saves in the game. He couldn’t do anything with the goal because it was a fantastic strike. He did really well. Hopefully he continues to stay injury-free.

“It’s not easy coming into a new club. When you have one of your biggest crowds of the season as well, it’s a high-pressure match, and he’s coped with it very well.”

At the other end of the field, Ryan Taylor made his first league start for Argyle since the opening day of the season and immediately added an extra dimension to the Greens going forward. His hold-up play, vision and poise allowed the likes of goal-scorer Grant and Jake Jervis to work their magic out wide, further up the pitch.

Derek said: “Ryan takes the ball in; he takes a touch; he links up play. I was delighted he got the 90 minutes. I was going to take him off at some stage, but the game didn’t allow me to do that.

“We needed a striker that I thought could take the ball in for us. Jake Jervis has done very well for us in that position. Ryan Taylor is a different player to him.”