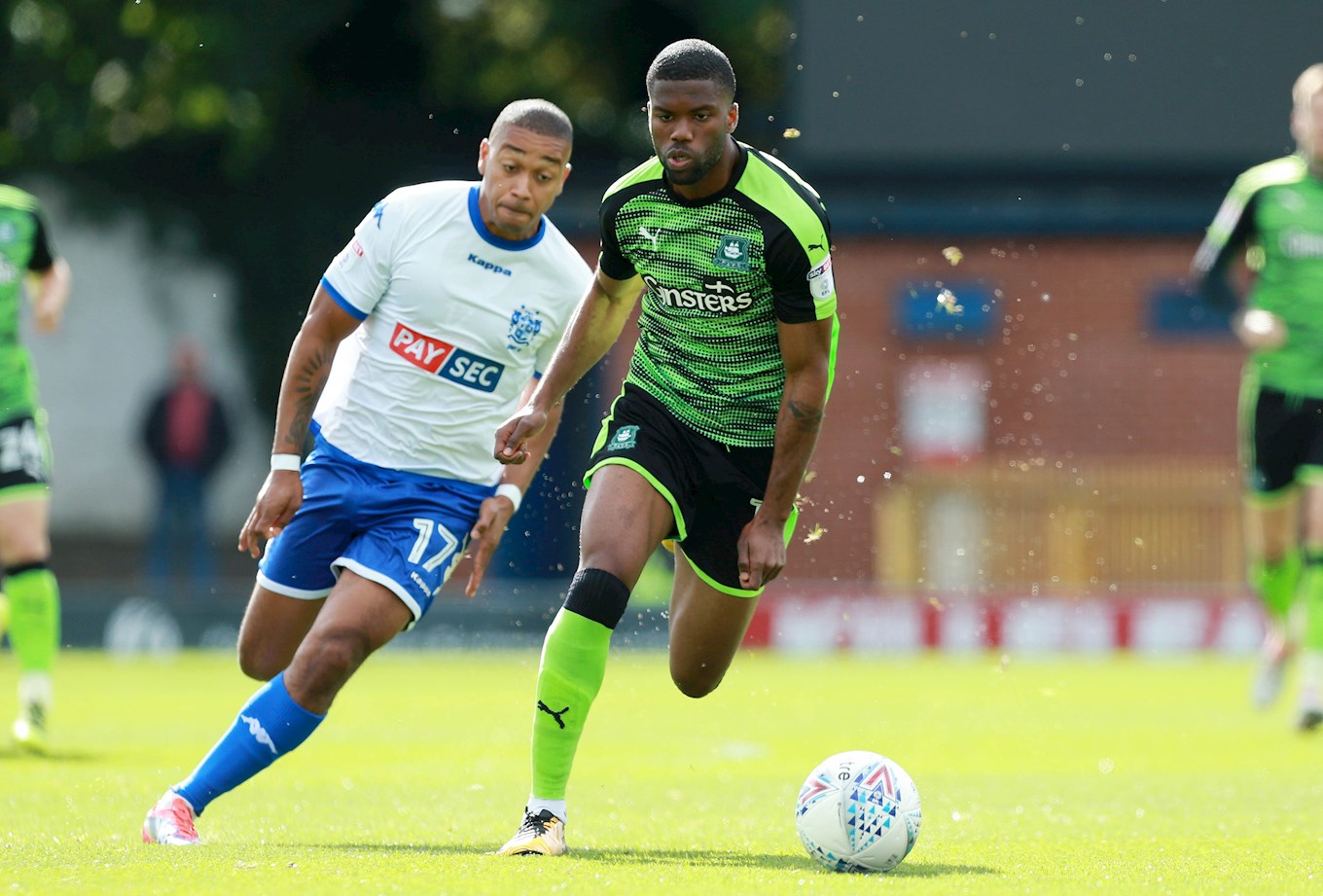 WINGER Joel Grant believes the Pilgrims have enough quality in the squad to pick up three points on Saturday and continue to try and claw their way out of relegation trouble.

Since arriving from Exeter in the summer Grant has been prominent in Argyle’s Sky Bet League Two campaign this season, and feels the Bradford defeat summed up the story of Argyle’s season, missing opportunities and then getting punished.

He said: “I think that’s the difference has been that we haven’t taken our chances when we have created them, and obviously if we concede it makes it more difficult.

“But it sums our season up, it definitely shows what we are capable of. We definitely showed a little bit of weakness. The stuff we’ve worked hard on, day in day out, to rectify those mistakes. Although we have had some positive results recently its something we are still working on.”

Argyle have started to pick up points more regularly in the past few months, and Joel is feeling positive about the team’s task to climb the table.

“I’m very positive,” he said. “I know we have enough in the squad at the moment. We are bottom at the moment but we are approaching it in the same way.

Saturday’s opponents Gillingham are just three points and three places above Argyle, meaning the weekend’s game takes on extra importance. Joel knows the gravity of the match, but stresses that the result on Saturday is not the end of the season.

Joel said: “We have had some good results of late in the last couple of months. We have clawed some points back; we could go level on points with them. But every game is a big game and not just because it’s Gillingham and we are three points behind.

“I personally don’t feel we should get too carried away with ‘we must catch Gillingham’. W have over half a season and the aim is to get as many three points as possible. If we can do that at the end of the day we want to be as many points away from relegation at the end of the season.”