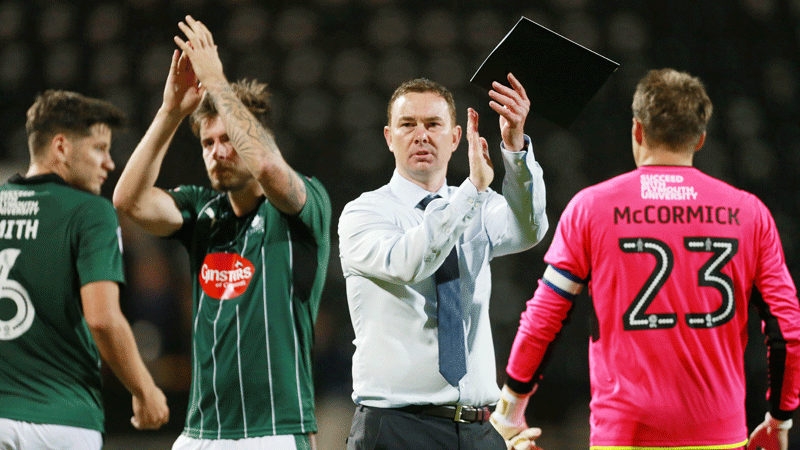 ARGYLE have five nominations in four separate categories in the Herald Sports Awards 2017.

Argyle have two nominations in the Champagne Moment of the Year. The first nomination is the memorable 0-0 draw with Liverpool at Anfield in the Emirates FA Cup Third Round, and the second the 6-1 thumping of Newport which secured our promotion to Sky Bet League One last season.

Derek Adams has been nominated for Coach of the Year after guiding the Pilgrims to promotion, while Irish playmaker Graham Carey has been nominated for the of Sports Personality of the Year award after he was one of the key men that pushed the Greens to promotion. He Played 54 times for Argyle last season scoring 15 goals and assisting a further 15.

Argyle have also been nominated for the Herald Team of the Year for their achievements such as those listed above.

The event will be held at Plymouth Pavilions on Monday, January 29.