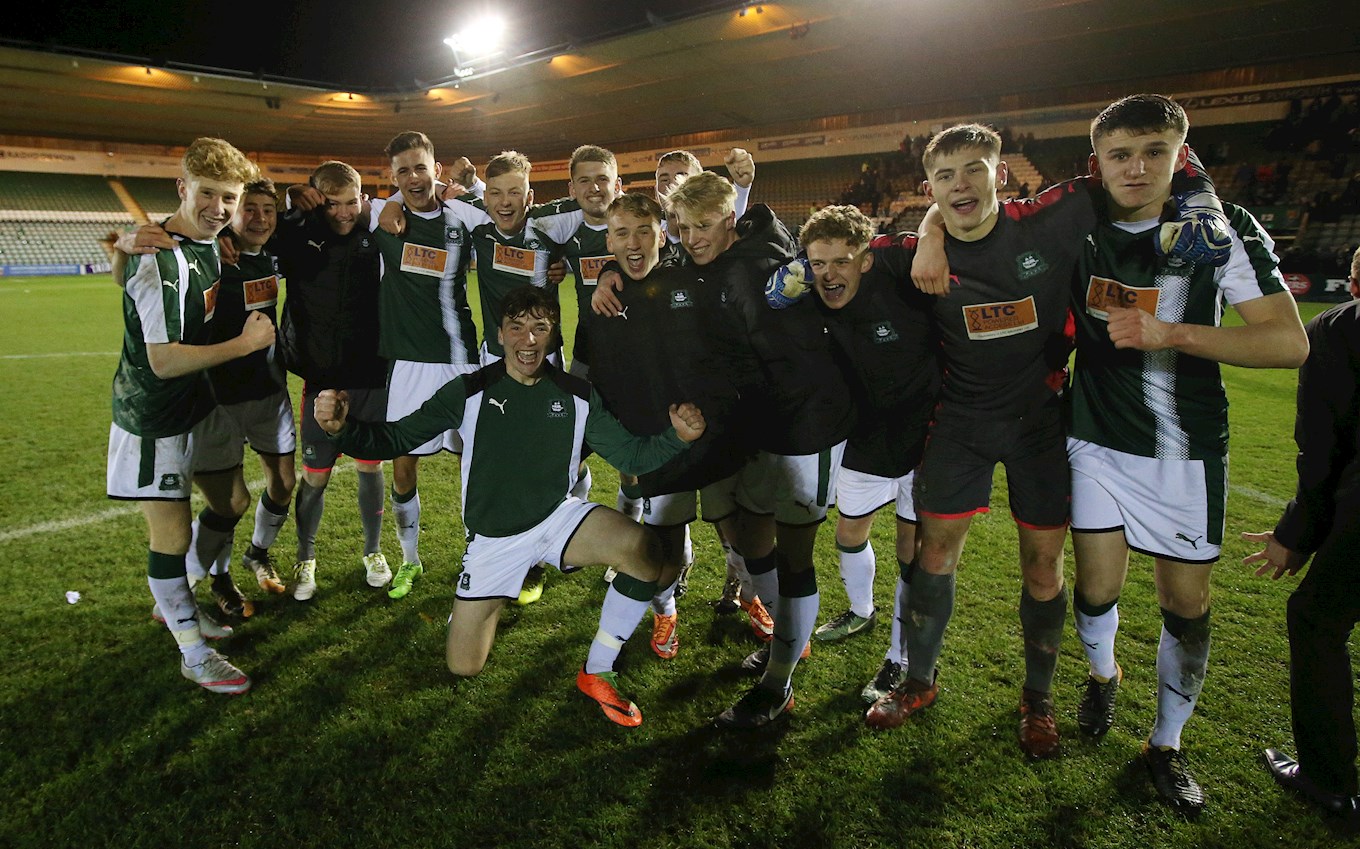 ARGYLE Academy head Kevin Hodges spoke of his pride after Argyle’s Under-18s delivered an FA Youth Cup shock of seismic proportions by knocking Manchester City out of this year’s competition.

The Young Pilgrims booked a fourth-round tie at Burnley in the New Year by winning a tense penalty shoot-out at Home Park after the two sides had been deadlocked at 0-0 after 90 minutes and an additional half-hour extra-time.

The shoot-out went the distance, too, with Argyle eventually accounting for a side that has featured in the last three Youth Cup finals when Michael Peck slotted home the winning spot-kick.

Kevin said: “They showed good character, good strength, and I am so pleased and proud of them tonight.

“You can’t achieve much more than going in and beating one of the biggest Academies in the world. I think they may be a little bit shocked.”

The City line-up contained three members of the England side that won the Under-17 World Cup in the summer, and a host of world youth talent, but Argyle’s lesser lights showed great discipline and application to nullify the visitors’ threat.

Kevin said: “The message was ‘Stick to the plan and stay in the game’ and whilst you are still in the game, you always have an opportunity.

“We managed to see it through to extra-time, when there were some weary legs and weary minds, but we managed to see the game through, and then to actually come through by winning the penalty shoot-out is fantastic.

“When we lost the ball, we got back into shape and they delivered the plan. I am so pleased.

“I don’t think the boys will understand until a few days time what they have actually achieved, but it’s something that we said could be achieved.

“It’s a cup-tie and anything can happen in a cup-tie.”