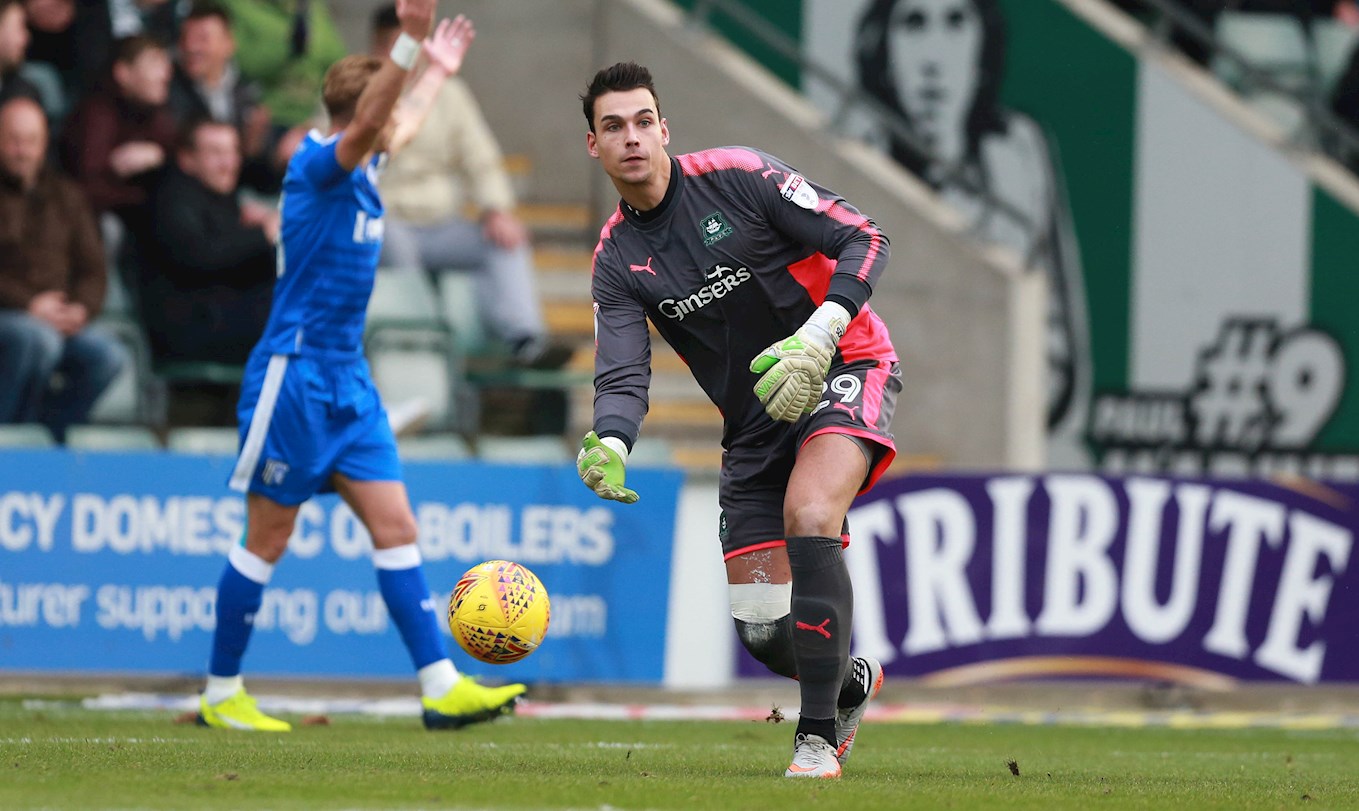 THE newest member of the Argyle squad believes that the Pilgrims will make their first season back in Sky Bet League One a successful one.

On loan goalkeeper Kelle Roos helped Argyle to a 2-1 Home Park victory over Gillingham which took them two places up the table with the safety zone well in their sights.

It took a late winner from Toumani Diagouraga to secure the three valuable points after Joel Grant and Gills’ striker Tom Eaves had swapped second-half goals.

Such resilience bodes well, thinks the Derby County stopper, who replaced injured Luke McCormick after coming to Home Park on an emergency loan.

“If we keep doing what we are doing, and with the support of everyone, I believe we will get out of it,” said the 6ft 5in Dutchman.

“It is a very important win. You can see, on the lads’ faces, that they enjoy winning games like this. At times, it was a bit scrappy, but you just have to graft them out and get the three points.

“It was a bit of a range of emotions but, at the end, we did the job and that’s what it’s all about in football – three points, and we got them over the line.

“We did well, as a team, to keep the clean sheet in the first half and maybe we should have taken that into 95 minutes, but great strength from the squad. Everyone just grafted and I think it is a great team effort that we get three points.

“I would have liked to sit here with a clean sheet but I think I have to wait until the next one.”

Kelle made some important saves towards the end of the match, both before and after Eaves’ 84th-minute equaliser. The first was a stop from former Pilgrim Lee Martin’s drive.

“He hit the target but I managed to turn it around,” said Kelle. “I was happy with that one because, at the end of the day, saves matter more when the team needs the points and that was one of those moments.

“After that, we gave the goal away. For a goalkeeper and defenders, everyone involved, who loves clean sheets, it was a bit of setback but, at the same time, you see how we respond and if you have that in this group of lads I am very surprised you are in this position in the table.”

As the Gills chased an injury-time leveller, Kelle kept them at arm’s length, with one save from Elliot List’s header, not as spectacular as it appeared.

Kelle said: “They put two balls underneath my bar and I managed to tap them over, and then the header but my defenders did well there because I didn’t have to get the sting out – there was no sting in the header.

“It was a simple header and I had to tip it over.”