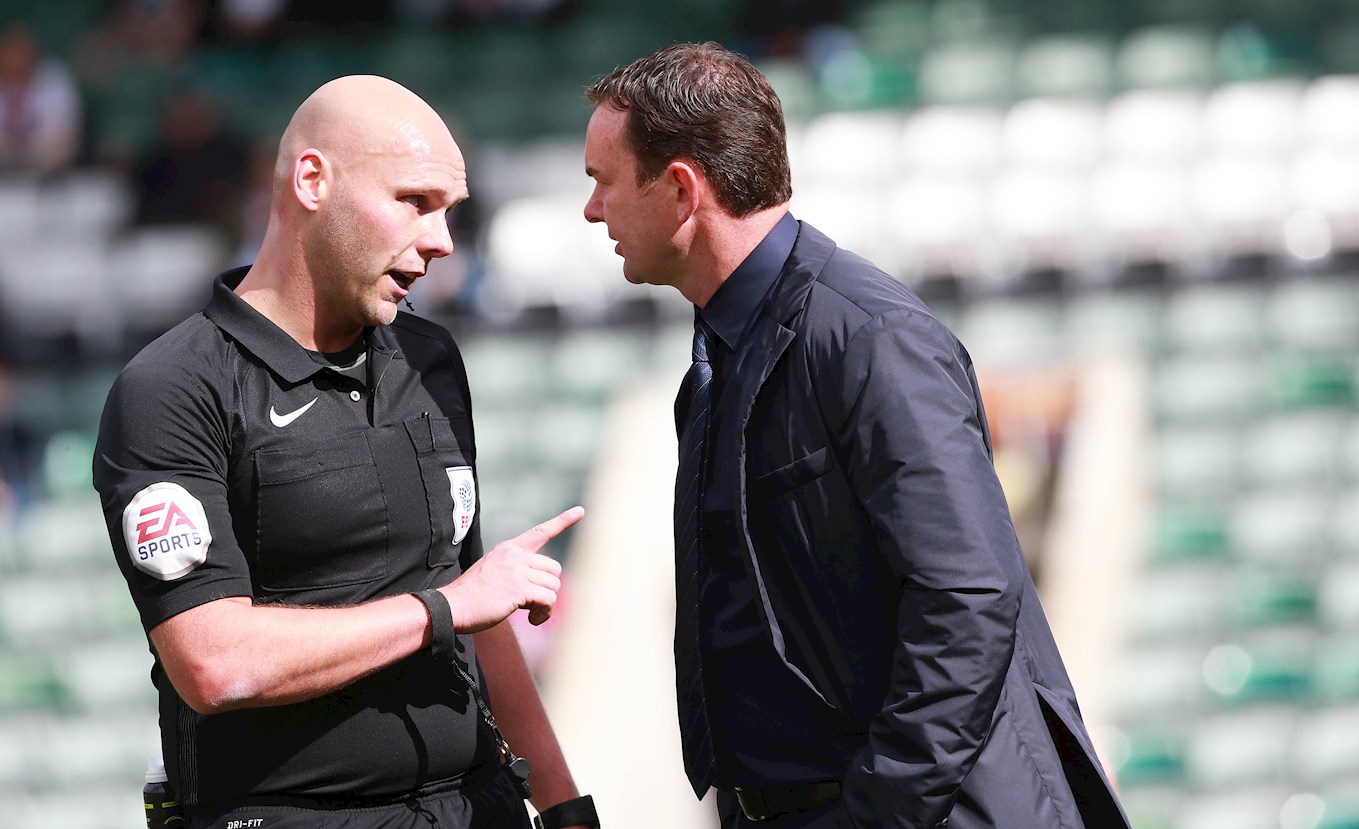 Left Back to the Future

AFTER Argyle’s 1-0 win at Milton Keynes Dons, the Pilgrims manager and captain had a little chat; instigated, one assumes, by the latter.

It probably went – and we paraphrase – as follows: “Nice goal, Gary.”

Eight years to the day, in fact. Gary Sawyer’s Boxing Day winner in 2017 was reminiscent of his winner in 2009 at Cardiff City. Indeed, it was Gary’s last Argyle goal, some 109 appearances of his ago.

On that occasion, in south Wales, it gave Argyle a 1-0 win. Ditto in Buckinghamshire.

Sawyer, not a man renowned for goalscoring, or for any sort of bluster, obviously could contain neither his excitement nor his astonishment at the coincidence.

““He said it was a very good goal,” said Derek Adams, “so I will take his word for it!”

What Derek was able to comment on fully was the goal scored by Sawyer on the most recent occasion, before the manager’s own eyes.

Derek said: “The goal was a very well worked goal: down the right-hand side, it got a switch of play, a great ball from Ruben and Gary Sawyer got himself in an advanced area and slotted it into the bottom corner. Gary can get himself forward into these areas. We just got an overload on the left-hand side; we played a great ball, from Ruben, and a great finish.

“Gary can get himself in those areas. He has had a couple of good shots, probably more playing at right-back, than left-back.

“It was good to get the lead in the game because we know that, when we get a lead in a game, we have got a good opportunity of winning it.

“When they put the balls into the box, we had to have a few blocks here and there. They didn’t really cut us open, which was pleasing. On the opposite side, we did cut them open a few times.

“We had good opportunities in the match to get other goals but we didn’t take them for one reason or another. Sometimes we didn’t shoot when we should have – we tried a cut-back and it was blocked – but, over the 90 minutes we have got to be happy with three points on our travels.”

The win meant Argyle leapfrogged Milton Keynes, into 19th place, on a day where Argyle were the only team in the bottom nine to win. Points-wise, the Pilgrims are as far away from Southend in 11th as they are Wimbledon in 21st.

Argyle are back in action on Saturday, as they travel to Blackpool. Once again, an Argyle victory would guarantee they hurdle their opposition on the day.

“At this stage of the season, it is always important to get wins. Around this Christmas time, we have been able to pick up six points in two games and we want to continue the form we are on.

“Teams around us are losing and we are winning and that’s what you want to happen.

“We have gone there, last season, and won. So we know what it’s like to win against them up in Blackpool.

“We beat the likes of Bradford and Charlton; we’ve drawn with Blackburn and Shrewsbury; who are all at the top of the league. We can play when we are on top, and we can defend, as well."