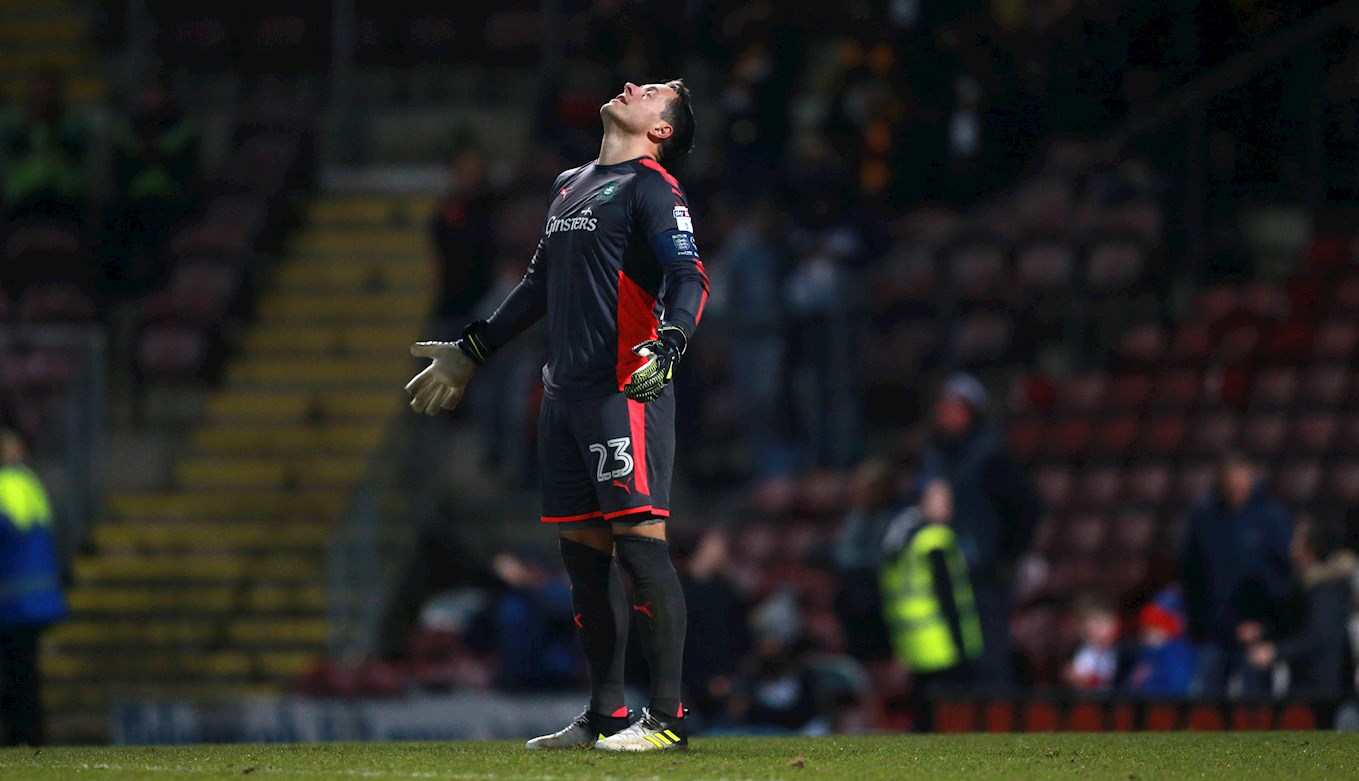 LUKE McCormick has thanked the medics for helping him return to first-team action and end “the most frustrating period of my career".

The Pilgrims’ skipper made a comeback in Saturday’s Emirates FA Cup defeat at Bradford City after missing 14 games with an ankle injury.

He sustained the injury in a 3-0 home loss to Doncaster Rovers in September and endured two false starts in his rehabilitation before an injection sped up his recovery and enabled him to retake his place between the sticks.

“It’s easily been the most frustrating period of my career,” he said. “You just want to be able to help the lads in any way, shape or form and you simply can’t do that.

“Not only can’t you be out on the pitch, but you have to allow lads space at times – you can’t affect things on the pitch, so you have to let the lads and the staff get on with it, which is a hard thing to do.

“To be back out there, and to be able to help the boys, is really pleasing.”

It has been a long haul back for Luke.

“I broke down twice in training,” he said. “That was really disappointing and it stretched the injury out much longer than I would have liked.

“Having said that, it reacted well to an injection and I’ve been able to shave a great deal of time off my expected return.

“The consultant, medical staff – everyone – have been really good with me and given me every chance to get back as quick as I can.

“He advised an injection and I had to go quite carefully afterwards to give it every chance of working, and I’m really grateful to him and really pleased it’s managed to do the trick.”