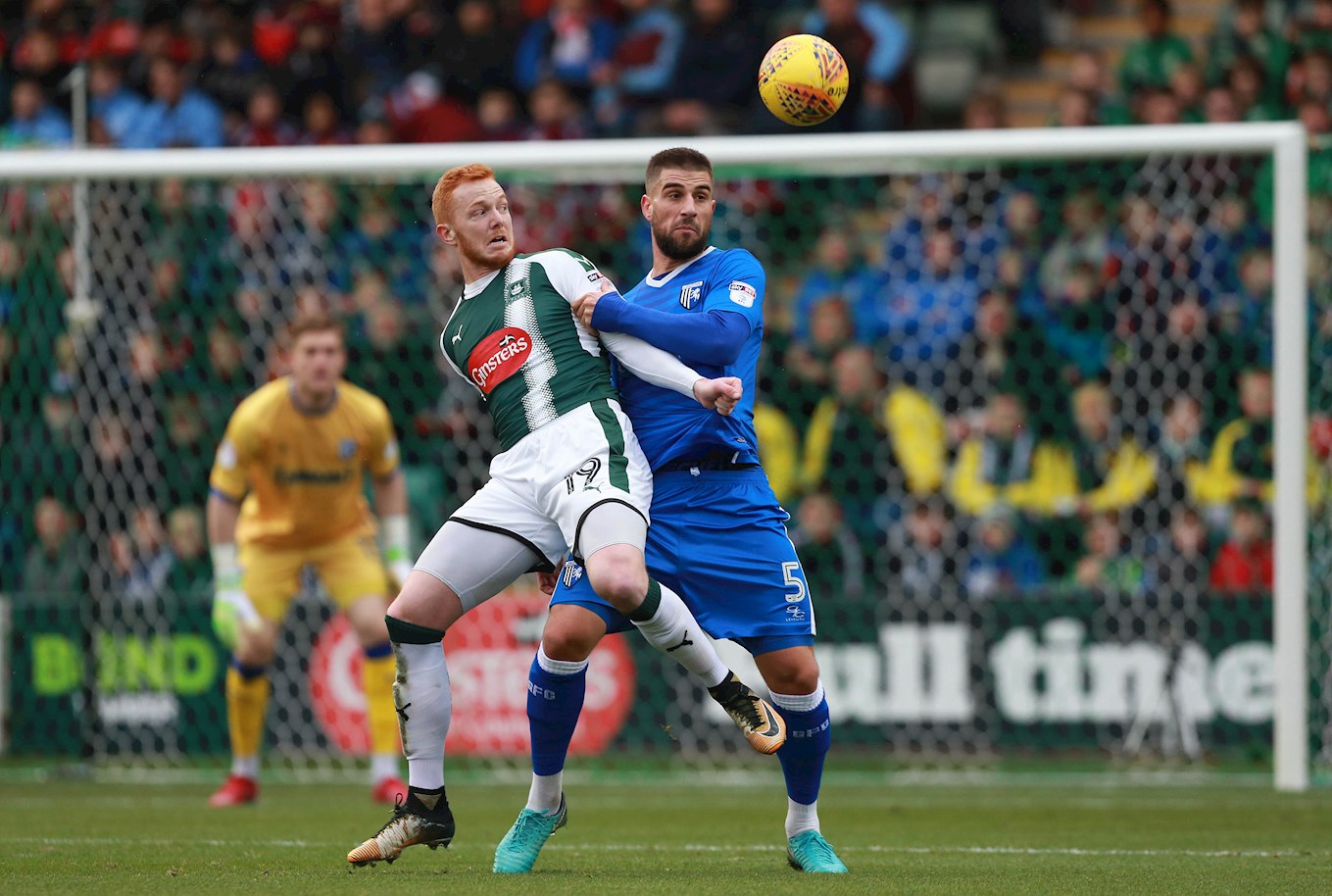 ARGYLE striker Ryan Taylor is chomping at the bit to return to his former club when the Greens take on Rotherham United on Saturday.

Having started his professional career at the Millers, Ryan went on to make over 100 appearances for the club scoring 24 goals in a six- year spell.

Ryan left the club just before Rotherham opened the New York Stadium in July 2012, but has been back there as an opposition player. He feels that the different venue means a return does not quite have the pang of nostalgia that it could do.

Taylor said: “It’s a bit different because it’s a new stadium now, I never played there as a Rotherham player. I have been back since but they built the stadium after I left. I played across the road at Millmoor and Don Valley.

“It’s a bit different now; it’s a lot better set up. The club has come a long way since I left and it will be nice to go back. I have played there once and scored there once so hopefully the same again. It was last year for Oxford in the cup and we won so hopefully more of the same.”

“It’s a great set up, Millmoor was a different experience. They started to build a new stand there and didn’t finish it, we used to get changed in portacabins.”

There will be no shortage of familiar faces for Taylor when he heads for South Yorkshire. Friends and family will be turning out to watch Ryan in green in his home town, while Taylor is also familiar with the man in the Millers’ hotseat.

“I know Paul Warne,” said Ryan. “I partnered with him a couple of times as a striker. But he used to play wide right a lot; he was getting on a bit when I played with him so I had to do most of his running!

“He was a nice guy; enthusiastic and a hard working player. I think he has transferred that into management. I don’t really know any of the boys there now; it’s all different. But from what I’ve heard in the papers back home that’s exactly like he is.

“It’s going to be a tough game they are going well at the minute.

“They’ll be a few [family members] there. A few have bought tickets as I don’t think I’ll be able to get that many with maybe 10-15 going and then a few friends too!”