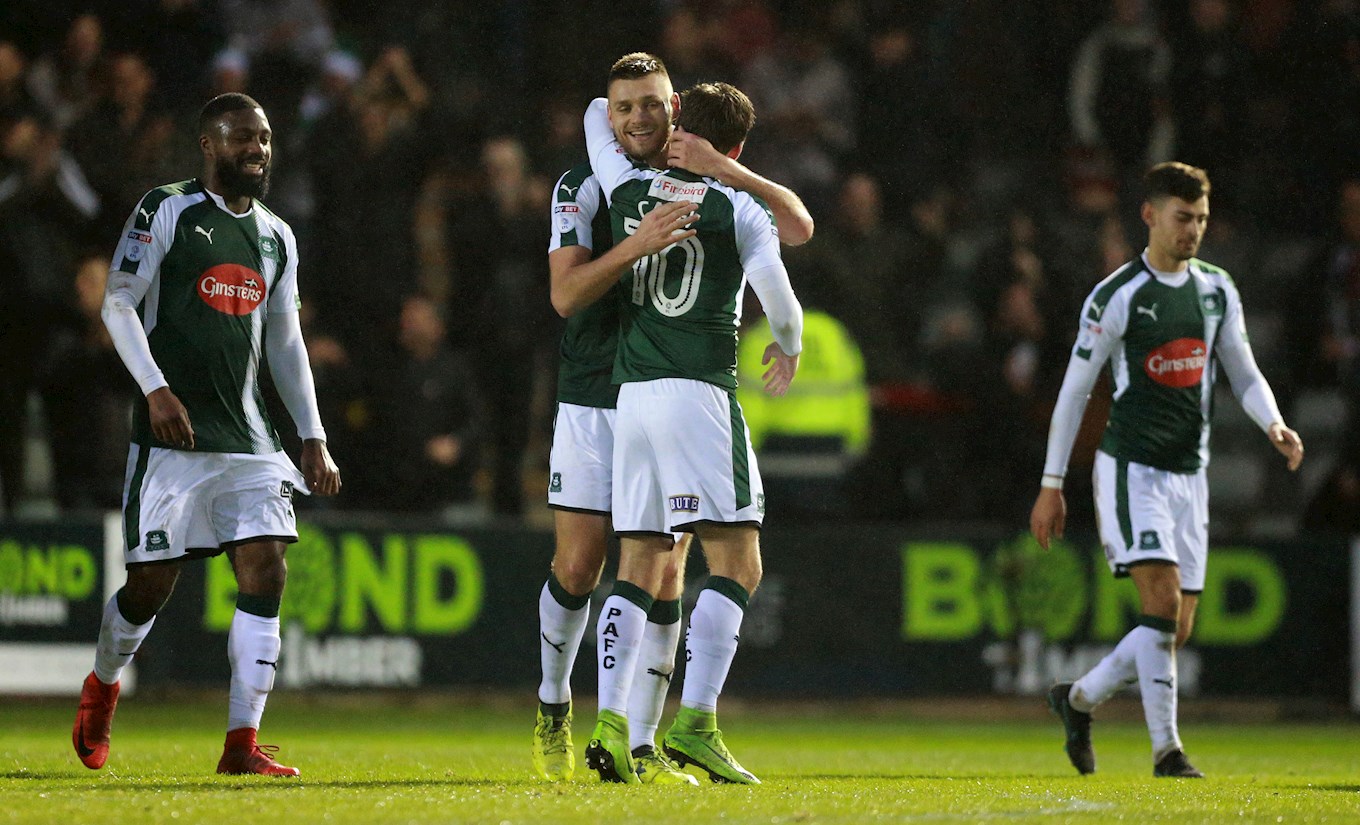 ARGYLE defender Ryan Edwards netted his third goal of the season as the Pilgrims downed Oldham 4-1 at Home Park.

Goals from Toumani Diagouraga, Graham Carey, Edwards and substitute Jake Jervis helped the Pilgrims to victory. However, the big Liverpudlian was left a little disappointed the fact the team couldn’t keep a clean sheet.

‘‘The only disappointing thing is the clean sheet,” he said. “We conceded from a set piece which we are usually quite solid from. Take that away it has been a great day all around, defensively we were brilliant and in attack we were brilliant”

Eddy did admit that he didn’t see the goal he scored himself as he was face down in the dirt after he won the header to put the Pilgrims 3-1 up.

“I was starting in an offside position,” he said, “but the lad kept dropping back in with me. I was talking to him to put him off and I’ve seen him lose flight of the ball as it comes in. I’ve had the run on him and I knew I headed it and as I just fell on the floor I heard the crowd cheer. Obviously it’s gone in so it’s a relief to get the cushion back.”

It was more of a physical battle for Edwards in the second half as Oldham brought on Aaron Holloway to play a little more directly but the Greens held firm.

“At half-time when they brought on another big lad, we knew they were going to come out firing,” said Ryan. “They got the goal back but we scored one straight away. When Tayls flicks it on to Jake to go one on one clear. It was a big pressure off our shoulders at the back which has allowed us to relax a little bit.”

With another three points on the board the Pilgrims moved out of the relegation zone for the first time since September and Edwards admitted it was a relief and the team were looking forward to the Boxing Day match against Milton Keynes.

“It’s been the aim for a long time now, now we have done it we need to keep going forward,” said Edwards. “With the confidence we have at the minute hopefully it will help the performances on the pitch.

“Everywhere is a travel from here, so we will be in tomorrow recovering, looking over the game and looking over Milton Keynes, again Monday to travel for Tuesday.”