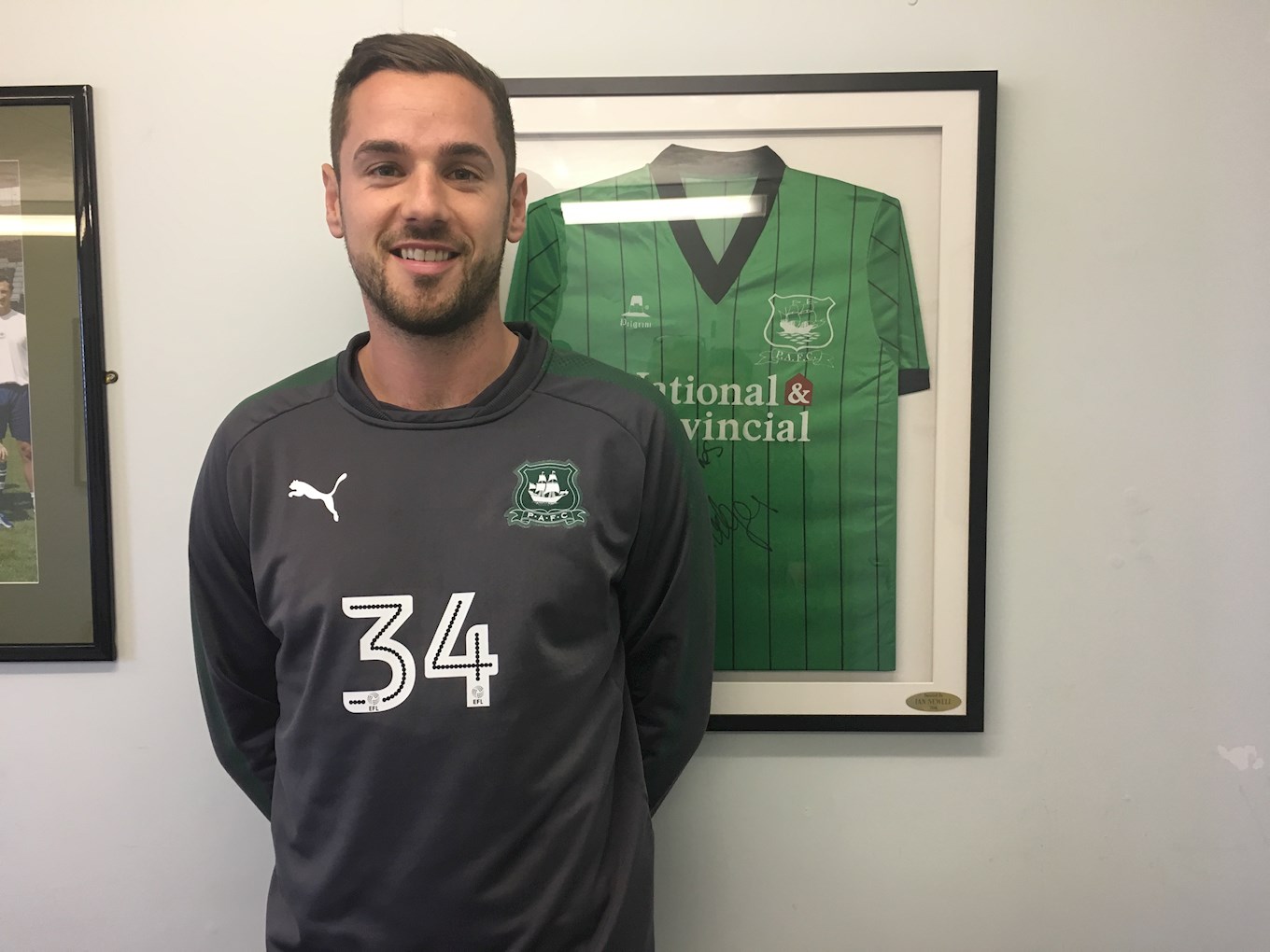 GOALKEEPER Remi Matthews is delighted to re-sign on loan to Argyle for the rest of the season from Norwich – in the worst kept secret in the EFL.

“It’s been all over social media for a few weeks now,” said Remi, “but we couldn’t say anything until we get the thumbs up. It’s nice to be back.”

Argyle’s recent form has seen them climb up to 19th in League One. The recent revival started when Remi first signed on an emergency loan deal, in October. He went on to play seven times for Argyle where they picked up thirteen points, with his last match coming in a 1-0 defeat to Portsmouth where Remi picked up an injury.

Remi said: “Before the Portsmouth one it was a good six or seven weeks for me. It was a lot longer than I anticipated, but like I said when I was down here in the first place I enjoyed every minute of it, that is one of the reasons for me coming back.

“The original plan was to sign on January 1. But I couldn’t sign on the first and play on the first so the only way we could do it was an emergency loan to run through to January and sign for the rest of the season then.”

The Canaries shot-stopper cannot wait to get back in the swing of things at Home Park and feels the club can keep pushing to get higher up the Sky Bet League One table, especially with having key players back fit.

“Being back at Norwich I had to sit down and think whether it was the right thing to do,” said Remi. “I wouldn’t be playing games up there as they have Angus [Gunn] doing well. I sat down with my family as it’s a tough one as my missus is pregnant at the minute. So leaving her isn’t ideal, but it will be good for the family in the long run.

“It’s been good for us getting a few key players back; suspensions have been a little bit less at the minute. So fingers crossed we carry on going well and the good thing is we can see an improvement. We are now out of the relegation zone, that is the main thing for us at the moment just getting ourselves as far away as possible from relegation.

“You look down there at how tight it is. We got ten points in however many games it was and we were still bottom. So it showed we were a little bit off it. If we had a couple more wins we could have been middle of the table or a little bit higher.”