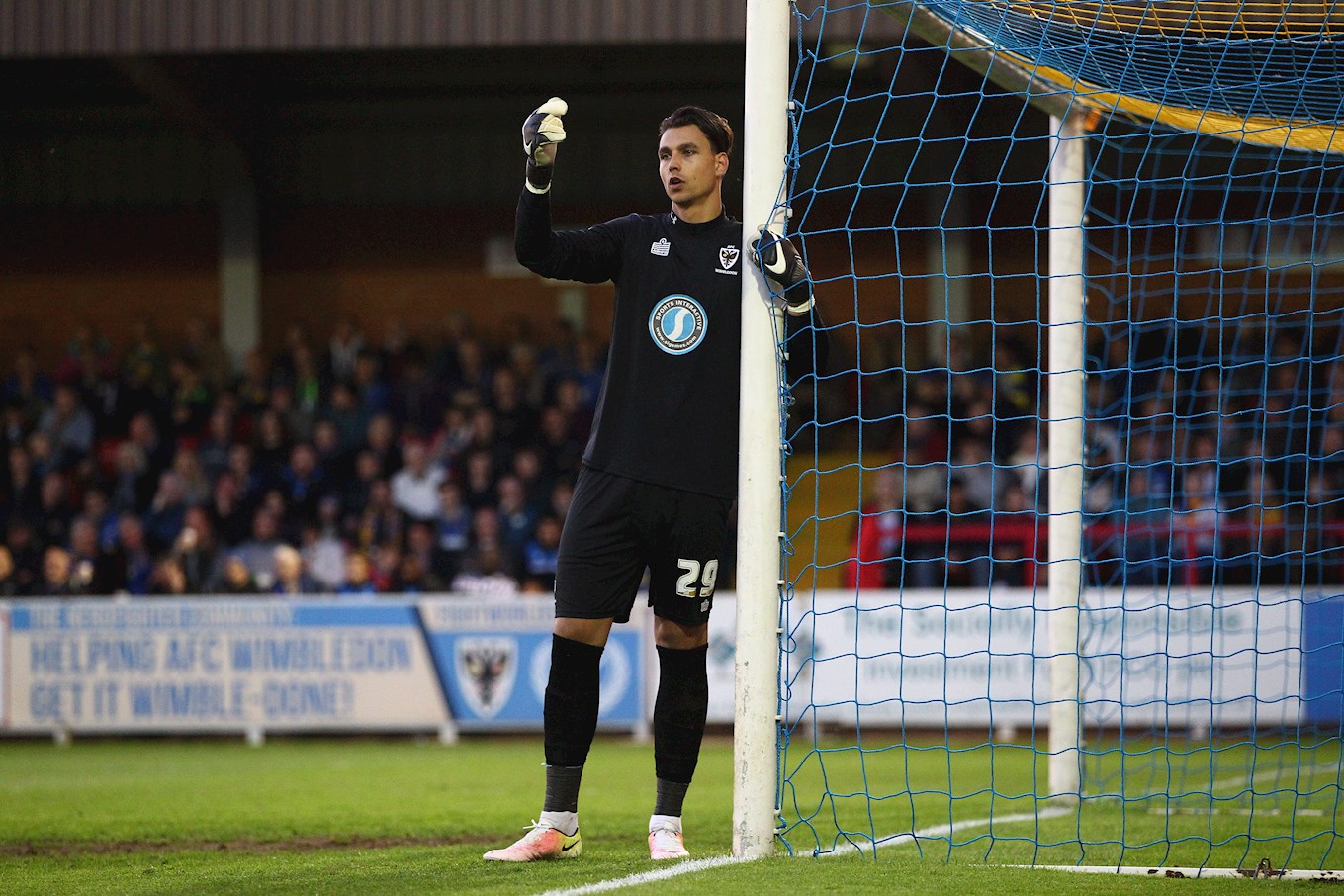 ARGYLE’S latest recruit Kelle Roos is delighted to be at Home Park and cannot wait to get stuck in – despite a so-called ‘keepers curse’.

Kelle has signed on an emergency loan deal from Derby County as Luke McCormick suffered an Injury in training on Thursday. Roos, should be play on Saturday, would become the SEVENTH goalkeeper the Greens have used this season, following McCormick, Robbert te Loeke, Kyle Letheren, academy goalkeeper Michael Cooper and other emergency loanees Remi Matthews and Will Mannion.

“The shirt is quite worn and has been been passed around,” joked Kelle. “I got the call yesterday from the gaffer and I thought this would be a great opportunity to get some game time and play a part in what you guys are doing.”

The Dutch shot stopper had been on emergency loan earlier in the season to Port Vale, but it got cut short due to injury.

‘‘It went well,” said Kelle. “When I got there they were struggling a little bit. But we got some good results and I played twelve games. I enjoyed it but I picked up a little niggle, so I went back to Derby for 4-5 weeks. Now I’m happy to be here.”

The six-foot-five Dutchman feels he can offer more than just his physical attributes towards Argyle’s push up the Sky Bet League One table.

“I’m a good kicker,” he said. “I can distribute quickly with throws and side volleys. I’m dominant on crosses. I’m very vocal so people can hear me a lot. I am trying to be loud and help the back four as I know I am the player that can see everything.”

Having been to a wide range of clubs already in his career Kelle believes it will help him on and off the pitch to fit in quickly.

He said: “I have experience from walking into lots of different dressing rooms already. From going out on loan to all kind of clubs, and before I signed for Derby I went on a certain amount of trials.

“I have seen so many teams now they are all pretty similar. As a goalkeeper you have to take charge; I want to take charge and the players will only appreciate it if you are loud and clear with what you want.”