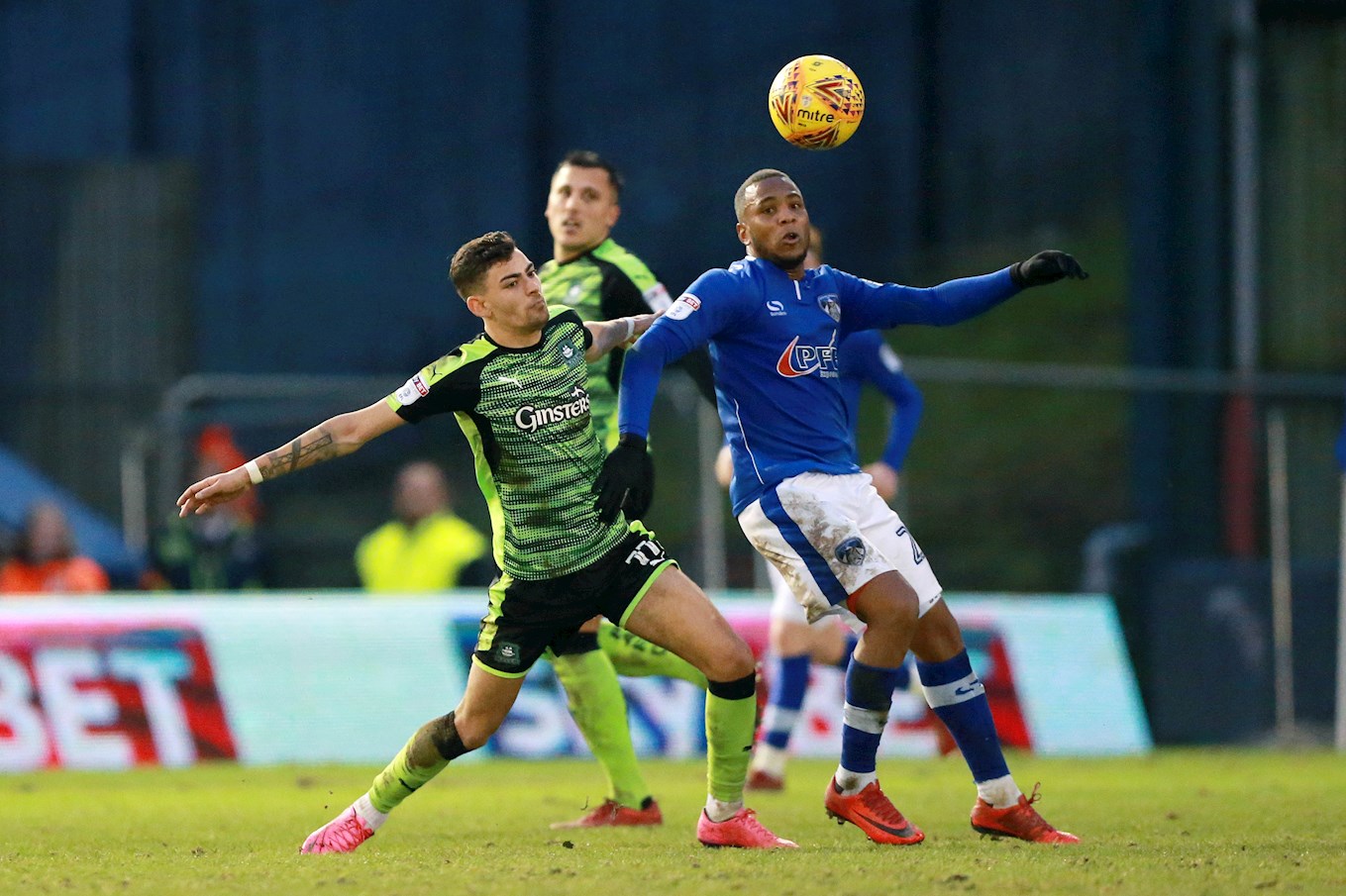 FEW expected Derek Adams to put Ruben Lameiras’ name on the Argyle team sheet for the game against Oldham Athletic, but few could dispute his contribution to the Pilgrims’ impressive 4-1 victory.

After struggling in recent weeks to feature for the Argyle first team, and even getting match minutes in the form of a behind-closed-doors game for Oldham this month, Lameiras was named in the starting 11 for this key home fixture. The Portuguese playmaker was as influential as anyone, though, as the Greens breezed past Oldham via goals from Toumani Diagouraga, Graham Carey, Ryan Edwards and Jake Jervis.

The reasoning behind including Ruben against the Latics was two-fold, according to the boss: exploiting defensive weaknesses of the opposition, and offering the midfielder a chance to truly make his mark at Home Park.

“I just thought that Ruben and Graham Carey, playing off the sides, very narrow, would cause Oldham problems,” said Derek, “and it did. Their centre halves on the outside of the three didn’t know what to do with them. Technically, they’re both very good players.

“I’ve had a word with Ruben, and it’s his opportunity to stake a claim and stay here. He wants to stay here and fight for his place. I feel that his performances have changed. He’s been away; he’s seen what it’s like being away from Home Park and he doesn’t want to leave. That can only be a good thing. Unless circumstances change, it looks like he will still be here.

“He played for 70 minutes and I took him off because I thought he was just running out of legs, and brought on Jake [Jervis].”

Ruben’s tricky nature and tendency to come inside worked perfectly against Oldham’s back line. The visitors’ choice to go with three centre backs against Argyle surprised some, but Derek spotted the switch and changed his tactics effectively.

“We had a wee idea that they could do that, just looking at their team formation and then watching them in the warm-up,” said Adams. “I watched them set up as a back three. They actually saw me watching and tried to change it, so we had an idea that was going to happen.

“So what we did was we played three strikers against their three centre halves, and play the ball down the side of them. Lameiras, Carey and Taylor gave them a hard afternoon. The three in the midfield for us, Fox, Toums and Songo’o, played balls down the side, and even our full backs as well.”

Lameiras was not the only Pilgrim returning to the first-team fray. Oscar Threlkeld took up the right back position to great effect, replacing the injured Aaron Taylor-Sinclair, who has played well in Ozzy’s absence.

“Oscar’s done well today,” said Adams. “He’s got through the game, and it’s important he kicks on today and makes the right back [position] his own.

On the topic of Taylor-Sinclair, Adams said: “He’s got a hamstring injury. He’s gone for a scan today, so we’ll [out] find the full extent of that early next week. It just happened in training on Thursday. Hopefully it’s not too serious, but we’ll wait and see.”

Argyle’s dominant display allowed the manager to give a run-out to one of the talented Argyle youth players who starred in the FA Youth Cup win against Manchester City. Cameron Sangster, who impressed many in first-team pre-season games and has been on the brink of the team this season, made his first-team debut and received plenty of praise from his boss.

“Cameron has done very well with the first team at the start of the season, in pre-season,” said Derek. “I like the look of him as a player.

“He’s very comfortable on the ball. It was good to see him getting a good number of touches on the ball when he did come on for a short space of time. He’s got a good idea of the game and he’s the type of player that I do like in my team.

“I told him not to play the ball backwards too often and to play the ball forwards. He took it on board, because he did actually play two very good passes to our forward players down the sides. That’s what you need to do when you come on and make your debut, and he did that.”