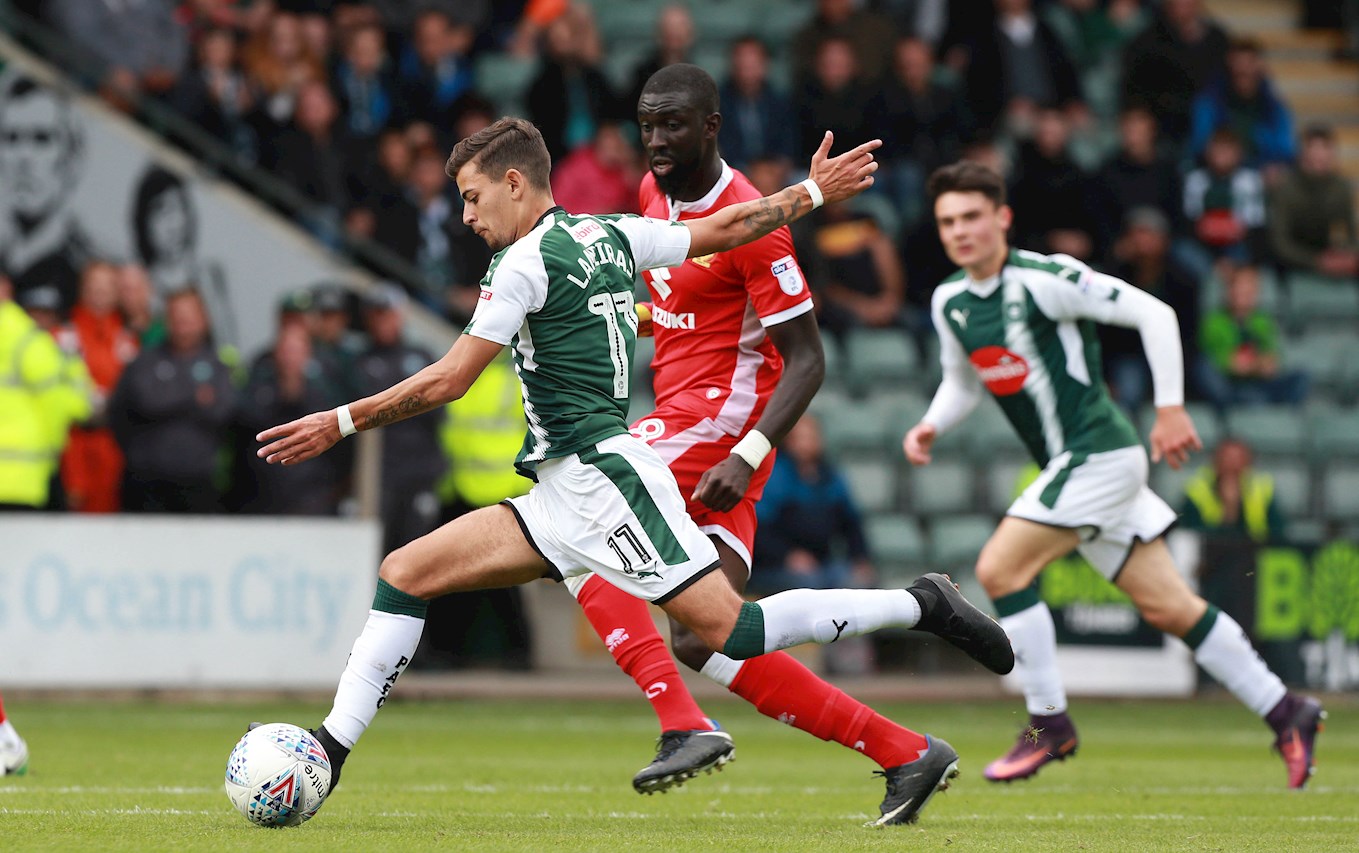 ARGYLE midfielder Ruben Lamieras is happy to be back playing again after starting the Pilgrims last two matches.

The Portuguese midfielder’s future looked to be away from Home Park after he struggled to get into Derek Adams match-day squad. However, after a surprise call up against Oldham last Saturday Ruben has taken his chance and he is hungry to continue making an impact at Argyle.

Ruben said: “I have tried to come in and do my best, as I always try to do. I think the team have really played well the last two games, and the team have been really unlucky at times this season not to pick up more points.

“I think things are going really good for us, over this period we knew how important the points would be and we are determined to put everything inside and concentrate on every game and to make sure we were out of the relegation zone - and we did it.”

Having got the nod from Derek to start against Oldham last week, and impressing, Ruben kept his place against MK Dons on Boxing Day; a game in which Argyle were successful, winning 1-0 thanks to a rare Gary Sawyer goal.

“We knew they had only won once in twelve games,” said Ruben, “so we knew we were going to start fast; that was the most important thing. We tried to get a goal and when we did that we knew we were hard to beat.

“We caused a few problems as well, we had chances where we could have scored some more goals. But, we kept a clean sheet and defended very well.

“[Gary] has so many shots so I’m surprised he has only scored the one, I’m sure he will get a couple more this season.”

Lamieras is looking forward to the trip to Blackpool on Saturday even though the journey is a long one.

“Everyone came here knowing the travelling is part of what this club has to do,” he said. “So, you’ve got to take it and do it, the boys are good so on the coach it’s alright. As soon as we get a chance to rest we try and do it as much as possible.

“We’ve had back to back wins we want to carry it on and the boys are desperate to move forward and keep getting points. As long as I keep playing I’ve always been happy.”