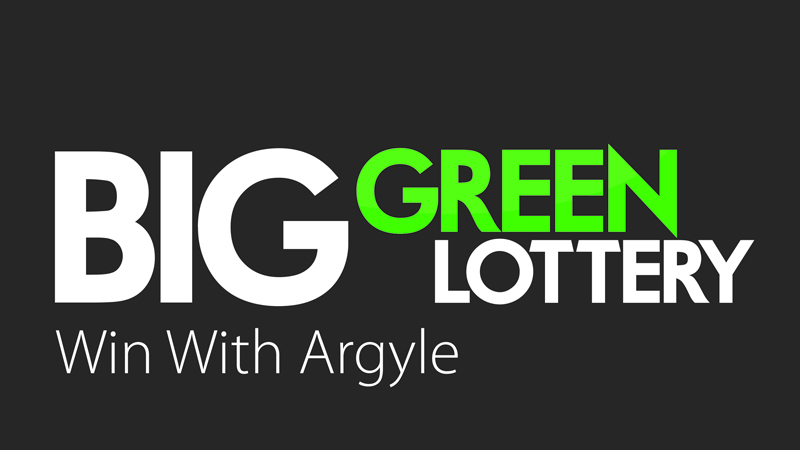 MR Keith Greening is the winner of £12,000 Grand Annual Draw for the Big Green Lottery after a dramatic night at Home Park.

In a new format for the Grand Draw, we utilised a new system that tied in with Argyle’s FA Youth Cup meeting against Manchester City.

Each of the 10 finalists were assigned an outfield player in the Pilgrims’ starting line-up and the winner of the £12,000 would be the finalist whose designated player scored first for Argyle.

In the event of our first goal of the night being scored by a substitute or an own goal, or no goal at all, we would revert to a straight draw after the game. As it transpired, a thrilling performance against the might of Manchester City earned our young players a tense 0-0 draw, and then brilliant success in the penalty shoot-out.

The 10 finalists were given details of the draw process earlier this week and asked to keep this confidential, as we wanted to avoid any undue distraction for the young Pilgrims.

We were joined by a number of the finalists on Thursday evening, who were all given a complimentary meal and full use of our corporate facilities. Apologies to those unable to make the game, as the format was only verified as legitimate by our lottery partners after consultation with the relevant commission.

In the midst of all the celebrations for an amazing performance, the final draw was conducted by a BGL member in attendance on the night but not one of the finalists.

Mr Greening from Plymstock was randomly selected as the winner and he gets our huge congratulations. £1,000 per month for the next 12 months is on its way.

If you would like to be in with a chance of winning £12,000 next year, now is the time to join, as every week of being a member gives you a greater chance of being in the final 10. BGL members can also win £500 in our monthly draws, the £100 weekly rollover and benefit from big match ticket priority and money can’t buy prizes.