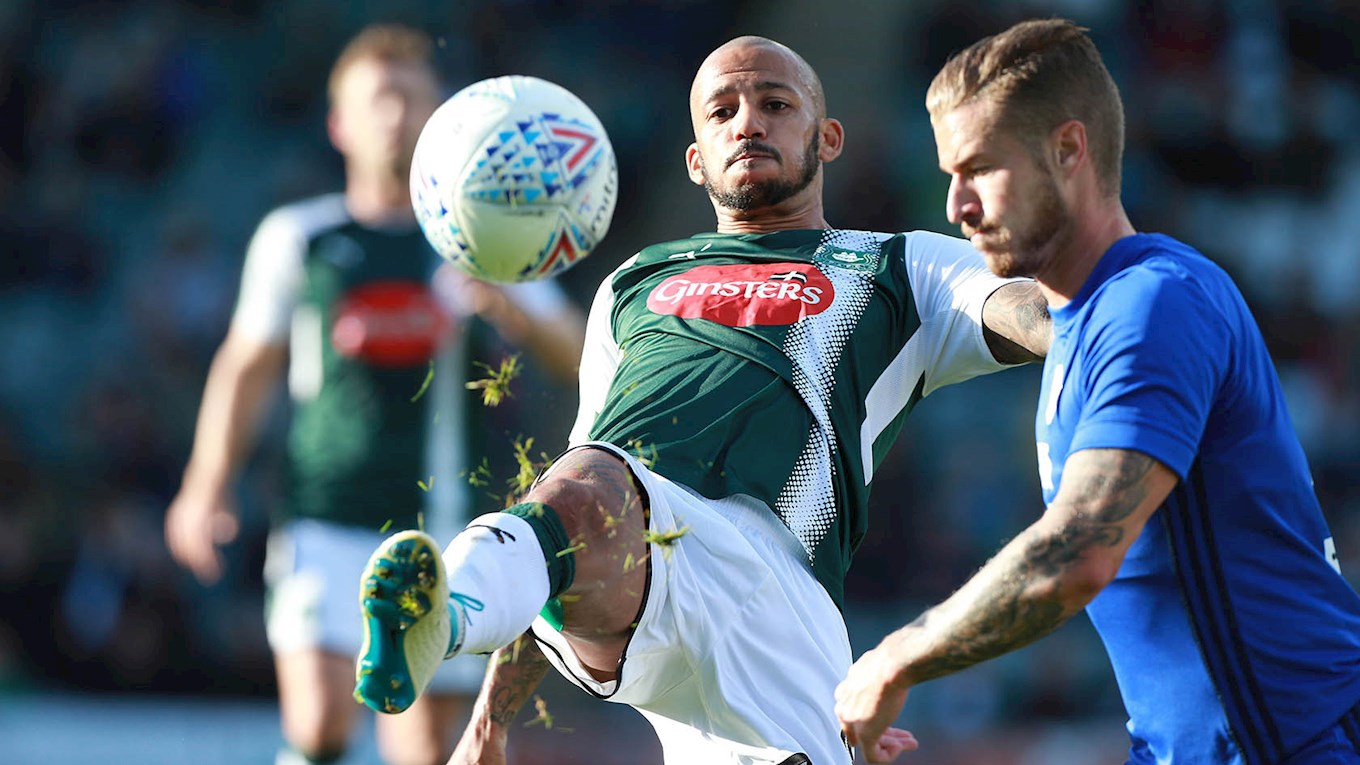 ARGYLE completed their pre-season campaign – more than two weeks before embarking on the real deal – with a first, narrow, defeat of the close-season by Championship contenders Cardiff.

Danish striker Kenneth Zohore scored the only goal that Argyle have conceded in their last four matches, just after half-time of a decent contest between two sides looking to increase momentum as the countdown to opening day continues.

With the news that the second of Argyle’s scheduled two games in Holland – against FC Twente – had gone the way of the first and been cancelled by mayoral decree, the match assumed new significance.

It became the Pilgrims’ last taste of competitive action before their Sky Bet League One opener at Peterborough United on August 5, the final chance to get some serious minutes before the campaign’s kick-off.

Manager Derek Adams made five changes from the side that had lined up at Plainmoor against Torquay United three days earlier, including several players at the lower end of game-time. Sonny Bradley returned to central defence to partner Ryan Edwards for the first time since the Pilgrims kicked off pre-season at Plymouth Parkway on July 8, with Oscar Threlkeld and Aaron Taylor-Sinclair at full-back.

Wide men Lionel Ainsworth and Joel Grant were Graham Carey’s wingmen behind central striker Jake Jervis, given the role of leading man ahead of new dad Nathan Blissett and the injured Ryan Taylor.

With the return of Bradley, David Fox had a new central defensive midfield partner in the not inconsiderable shape of Yann Songo’o. Luke McCormick captained the side from between the goalposts.

Adams will have been pleased that Cardiff came to compete (though maybe not so pleased with some of the competitive attention given to Carey). The result was that first-half chances were rare items.

Argyle came close to registering the first Home Park goal since Blissett’s dramatic April winner against Crewe, midway through the half, when Carey made space for a powerful shot that goalkeeper Neil Etheridge beat out with both hands.

Cardiff looked most dangerous when Nathaniel Mendez-Laing stretched his legs on the right wing. In one battle of the double-barrels, he beat Taylor-Sinclair with a burst of pace, only to shoot over when others in blue were waiting.

Argyle’s own right provided their next opportunity. Carey and Ainsworth combined, with the former sending the latter away to deliver a low cross from the bye-line that found Fox’s run to the near post, but the Argyle midfielder was forced to shoot wide.

Back came City. Zohore made room for a shot on the edge of the penalty area and unleashed a tracer that was low, hard and on target and which needed McCormick’s full-stretch intervention.

Both sides made a raft of substitutions at half-time with one of Cardiff’s, Lee Tomlin, catching Argyle napping from a quickly-taken free-kick that Zohore converted.

The Pilgrims bounced back through two of their own replacements. Gregg Wylde familiarly galloped into space on the left before cutting the ball back for Ruben Lameiras, who dropped a shoulder to make space and fired in a shot that rose over the crossbar.

More substitutions by Cardiff, at intervals, disrupted what had been a pleasing flow to the game but Wylde had found a rhythm of his own and another charge and cross saw Blissett connect with a header that lacked both direction and pace.

A sweet piece of skill from Lameiras saw the Devonport resurrect the ‘Ruben, Ruben’ chant previously reserved for Reid of that ilk, before Bradley headed a Carey corner over the crossbar.

Next. An extremely long two weeks.