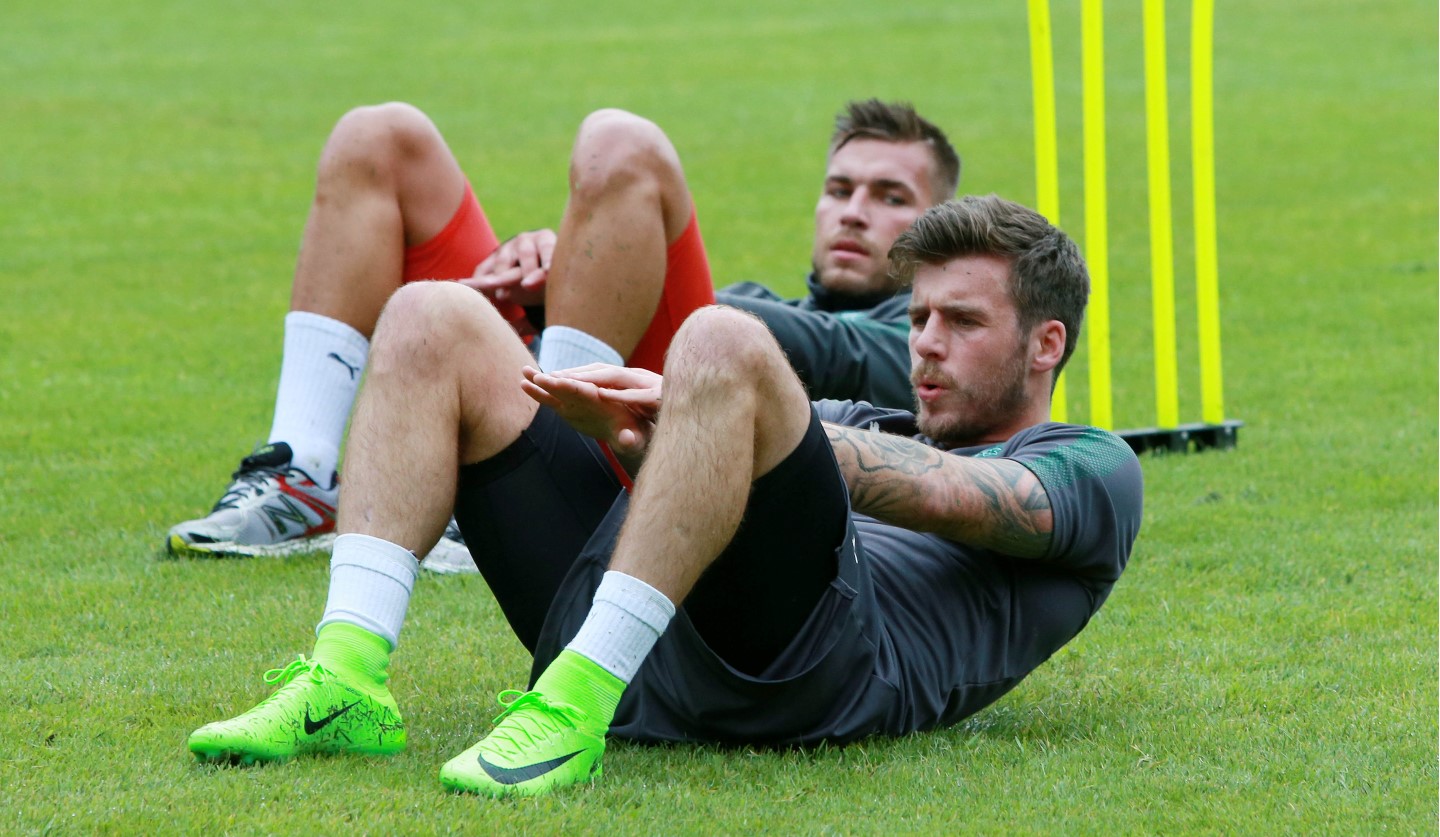 Carey: Why I Stayed

IT may have been a long summer waiting to hear the news that Graham Carey had signed a new Argyle contract...

...but the Irishman was grateful for the thinking time allowed to him by the Pilgrims, in which he decided to prolong his Home Park stay.

After two successful seasons at Argyle, culminating in promotion from Sky Bet League Two last season, Graham’s contract had expired, and he naturally explored other options available to him.

Ultimately, though, on the first day of pre-season training, he put pen to paper on a new Argyle deal, ending speculation of him finding a new home.

Soon afterwards, Graham left Plymouth to be with his partner Rachel as she gave birth to their new baby daughter, but Carey returned to training on Friday, ready to be part of one of Argyle’s opening two pre-season fixtures, at Plymouth Parkway and Saltash United.

“It’s great to be back,” said Graham, “The way the club was communicating with me over the summer: they weren’t too pushy; they gave me time to think; gave me time with my family, because they knew that my partner was expecting. They weren’t overly pushy, I am very thankful for the way they handled it over the summer, and I am delighted to be back.

“In my career, I’ve usually moved on after two years or so but I thought it was the right time for me and my family to get a bit of stability. It wasn’t really a tough decision at the end of the day.”

Local media outlets, as well as social media sites were awash with speculation of Carey’s eventual whereabouts all close-season long.

The player himself tried – not always successfully – to ignore the whispers, and enjoy his summer off. However, he remains thankful to the passionate Green Army who let it be known that they were desperate for their talisman to stay.

“I went to watch Carl [McHugh] play at Motherwell and I see that made it into the papers!” said Graham. “I was laughing. To be honest, for the first three or four weeks, I didn’t really think about football or offers or anything like that.

“It was more the last two weeks it all came together; the gaffer and the club put forward an offer that I couldn’t refuse and I’m really grateful for them for doing it.

“I think back to Grimsby away at the end of the season, the way the fans were towards me at the end of the game and stuff like that. They’re the kind of things that you keep with you through your whole career and hopefully I can repay them again this year and have a successful season.”

Indeed: to business. One suggests that with focus now drifting away from off-field matters, it suits Carey down to the ground to simply think about what he does best.

With a pre-season interrupted by a small amount of paternity leave, Carey has not had it as hard as some of his team-mates, but he will be clocking up catch-up sessions alongside getting back to business on the field.

He said: “Pre-season really starts when you get the first game under your belt and you can just look forward to playing games and getting your fitness.

"The first week and a half is always tough on the track and doing all the tests, but it served us well the last couple of seasons. No-one would doubt that we have been one of the fittest teams in the league over the last couple of years. It’s just the way we train and work hard.”

While fitness is one pre-season objective, for Derek Adams assembling and gelling a squad is just as important. Carey, though, has every faith in his gaffer to bring in the right new players, and for the group to achieve the harmonious bond that has served them so well of late.

“The way the manager’s brought in players this season has added to that togetherness,” said Carey. “He recruits players on ability, but he [also] does recruit them on how they are; their demeanour.

“Being where we are in the country, you need to have a good group of players, and you’ve got to get them to gel because we do travel a lot. I think his recruitment this season has been great.”

“It keeps everyone on their toes, but I think the main thing is he kept pretty much the starting 11 from last year, which not a lot of teams do when you get promoted.

“Players move on for whatever reason, but I think it was important to keep the core group together and add a good bit of quality - and I think he’s done it.”