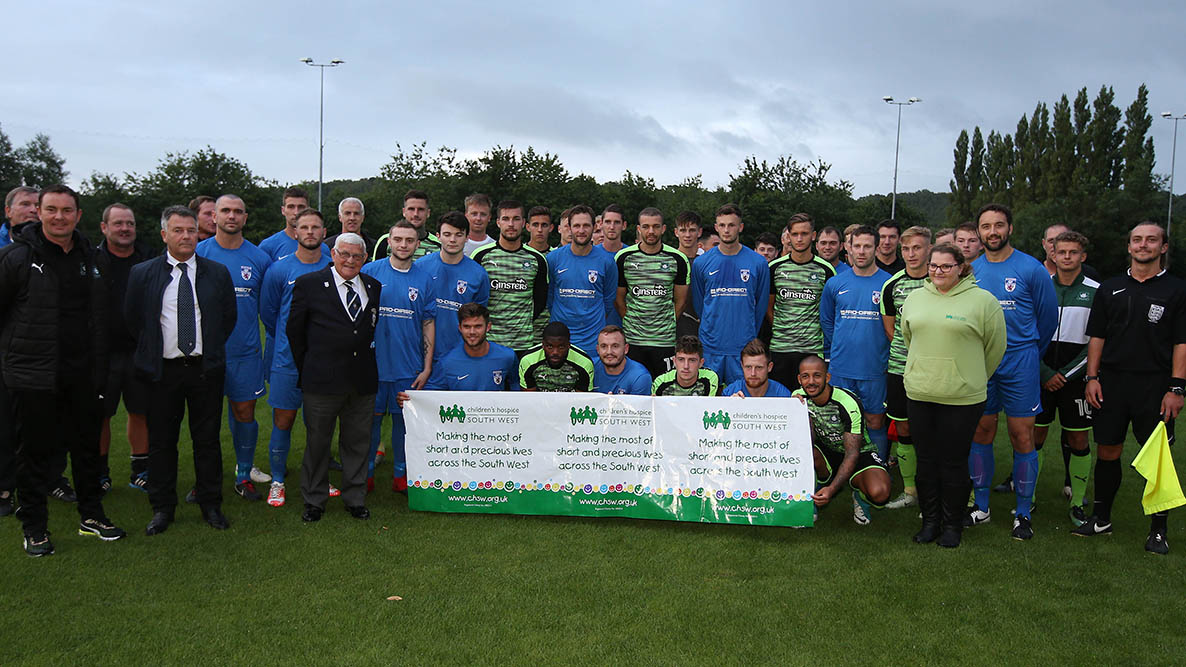 SIX of the best became a magnificent seven as Argyle completed their pre-season tour of the Westcountry with a comfortable victory over a Devon FA XI at County HQ in Newton Abbot.

Lionel Ainsworth, Alex Fletcher and substitute Sam Ryan all scored doubles, with Alex Battle adding the odd goal in seven that gave the Pilgrims a seventh win in 12 days as they rounded off the British leg of their pre-season preparations away from Home Park with a dominant showing in the showpiece game.

Before the match, Argyle manager Derek Adams presented Bideford goalkeeper Joe Moore with his county cap and players of both sides posed for a group picture holding the banner of Children’s Hospice South West, in support of which the game was staged.

Argyle fielded a mixture of old and new, senior pros and aspiring juniors, with Jakub Soklolik making his first appearance of pre-season in partnership with Sonny Bradley, who had not been seen since the opening day encounter at Plymouth Parkway.

Of the 13 Pilgrims who had played against Torquay the previous night, only Ainsworth and Joel Grant – substitutes at Plainmoor – were involved. They were withdrawn early in the second half, by which time Ainsworth had netted two quality goals and Grant had teed up Fletcher for a long overdue first strike of pre-season.

The goals kept coming as Argyle’s on-field average age kept lowering. Apprentice Ryan netted his first midway through the second period and rounded off the scoring in the final minute.

In between, Alexes Fletcher and Battle were also on the mark and, although Devon FA goalkeeper Chris Wright shipped five goals after coming on for Moore at half-time, his athleticism and bravery prevented another five.

All in all, a satisfying night’s work to complete a satisfying first fortnight of a pre-season, which is just about to become harder.